Who Controls the Central Banks? Mark Carney, Governor of the … “Bank of Goldman Sachs”

In the event of a vote in favour of Brexit, The Governor of the Bank of England Dr. Mark Carney reassured the British public: “we will do everything in our power to discharge our responsibility to achieve monetary stability and financial stability…”

Carney intimated that “financial instability” and “poor economic outcomes” are associated with the Brexit process: a rather unsubtle message to investors, brokers as well as speculators. He also warned MPs that Brexit could lead to an exodus of banks and financial institutions from the City of London. 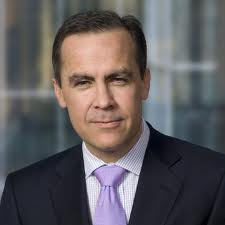 The governor of the Bank of England Mark Carney (image right) is a former official of Goldman Sachs, the world’s foremost “institutional speculator”. He spent thirteen years with Goldman before heading the Bank of Canada.

At the time of his 2013 appointment to the Bank of England, he was not a citizen of the United Kingdom: Mark Carney was the first foreigner to occupy that position since the founding of the Governor and Company of the Bank of England in 1694.

Were there powerful interests involved in the recruitment of the Governor of the BoE? Who was behind Carney’s candidacy? At the time of his appointment, the issue of U.K. “sovereignty” and Carney’s citizenship were hushed up by the British media.

Carney was fully aware that an “authoritative statement” pertaining to “financial stability” would have an immediate impact on financial markets. On whose behalf was he acting when he made those statements?

“It is speculative and beneath the dignity of the Bank of England. To be making speculative pro-EU comments.”

In February, Goldman Sachs warned that in the case of Brexit, the pound sterling “could lose 20 per cent of its value” Mark Carney’s statements at the House of Commons not only point in the same direction, they also provide legitimacy and “credibility” to Goldman’s assessment.

As an institutional speculator, Goldman’s intent is to influence expectations regarding financial markets (backed by authoritative statements from the Bank of England).

Coinciding with Carney’s recent statements, Goldman Sachs released a report on the detrimental economic and financial impacts of Brexit:

“However, given the substantial unpredictability regarding the UK’s post-Brexit trading and regulatory arrangements, quite how damaging Brexit would be in the long term is subject to a great deal of uncertainty. Arguably of more immediate concern is the effect that the uncertainty itself would have on UK growth.

The EU Treaty sets out a two-year time frame for departure. During this period, the UK government would have to negotiate the terms upon which it could continue to trade with EU countries…

Some of these trade negotiations and many of the regulatory/legal decisions would be relatively straightforward. But many would not. …

Carney dismissed the claims of Goldman in early February. But now he supports them.

Where do Mark Carney’s statements originate, from the Bank of England or from Goldman Sachs, his former employer?

The important question which the British media has not addressed: what is the relationship between Mark Carney and Goldman Sachs.

Is there a Trojan Horse within the Bank of England with Goldman Sachs sitting on the inside?

While Carney was appointed by Her Majesty, unofficially, he still has “links” to Goldman Sachs.

Is he in conflict of interest?

Next time there’s a financial meltdown, your money could be rescuing Goldman Sachs.

Yes, thanks to a new deal struck by Mark Carney, the former Goldman man now running the Bank of England, the US investment bank could end up enjoying the next round of British taxpayer bailout money. (The Independent, 20 August 2015)

Moreover, several key senior positions within the Bank of England are held by former Goldman officials. Mark Carney was appointed in 2013. The following year (2014), Dr. Ben Broadbent, a Senior Economist for Goldman Sachs was appointed Deputy Governor in charge of Monetary Policy.

Bankers from Goldman are strewn across key policy-making arenas across the world like no other financial institution. 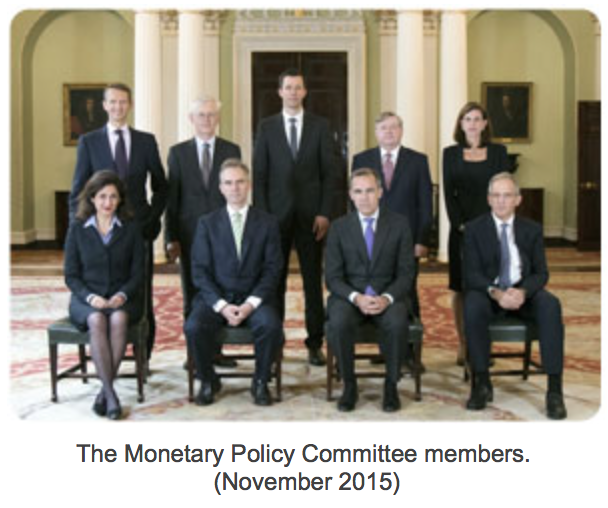 As well as the Governor of the Bank of England, his deputy Ben Broadbent is ex Goldman, as were two previous Monetary Policy Committee members, David Walton and Sushil Wadhwani.

Across the Channel, European Central Bank chief Mario Draghi is a Goldman man, while in the US, Goldmanites make up a quarter of the Federal Reserve system’s regional presidents. (Ibid).

Central Banks are complicit in the manipulation of financial markets including stock markets, commodities, gold and currency markets, not to mention the oil and energy markets which have been the object of a carefully engineered “pump and dump” speculative onslaught.

Who controls the central banks? Monetary policy does not serve the public interest.
________

The Financial Stability Board operates inside the Bank for International Settlements

The central bank of central banks is being run out of Basel, Switzerland and although much has been discussed about the Bank of International Settlements (BIS), few have gone beyond just a simple cursory review. The BIS controls central banks including the Bank of England, the Federal Reserve, the Bank of Italy and the Bank of Japan, and so therefore dictates the direction of the world economy. The BIS is above the law, it employees are immune from prosecution, Swiss law does not effect the BIS, it has its own military on the premises and is an entity unto itself. The BIS is the global economic and financial dictator of planet earth.