The Ouija board (known also as a Spirit board or Talking board) is a type of board commonly believed to enable its users to communicate with the spirit world. A Ouija board usually has the letters of the alphabet inscribed onto it, the numbers 0 – 9, along with words such as ‘yes’, ‘no’, and ‘goodbye’. In addition to the board itself, each Ouija includes a planchette, a teardrop-shaped device with three legs. The planchette is normally made of wood or plastic, and usually has either a hole in its middle or a kind of pointer. For the Ouija to operate, two or more people should be seated around the board, with their fingertips placed on the planchette. A question is then asked, and the planchette apparently seema to move on its own, thus providing an answer.

Although the practice of obtaining messages from seemingly supernatural things is almost as old humanity itself, the Ouija board is arguably a more modern divination object. Some sources have argued that Pythagoras put forth talking boards in 540 BC and others have likened them to ancient writing devices from China, but most of these beliefs fall flat when their original sources cannot be found, or, the stories are found to have been created as a form of publicity or based on misinformation.

Talking boards are known instead to have their origins in a movement known as Spiritualism. Adherents of Spiritualism believe that it is possible for the living and the dead to communicate with each other. Whilst this movement is said to have already been around Europe for some time, it only really crossed the Atlantic and gained popularity in the United States during the late 1840s.

The popularity of this movement in the United States may be attributed to the Fox sisters of New York, who became celebrities as a result of the claim that they were able to receive messages from spirits. During the second half of the 19th century Spiritualism reached its height, and its adherents at this point of time are said to have been in the millions. 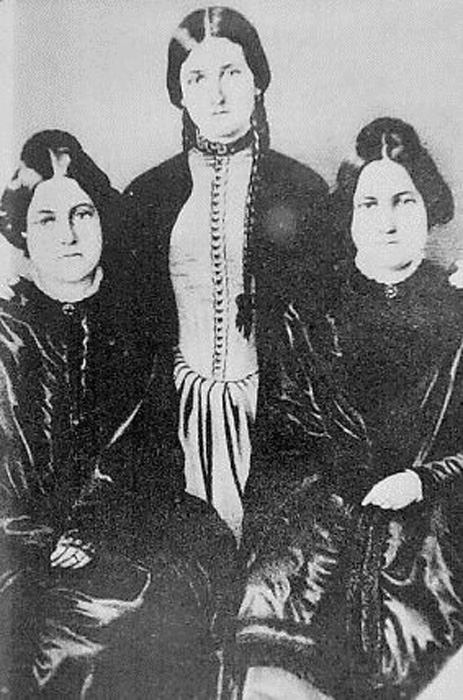 Spiritualism gave rise to a group of people known as mediums. The mediums claimed that they were intermediaries between the living and the dead, and employed a number of techniques to convince their (living) followers that they had such abilities.

One of these was known as ‘table turning’, which involved a table that moved or knocked on the floor in response to letters from the alphabet being called out. Another method involved the use of planchettes with two wheels at one end, and a pencil at the tip, forming a third leg. A medium would then place his / her finger on the planchette, a question was asked, and an answer would be written out by a ‘spirit’ who was believed to have moved the device. 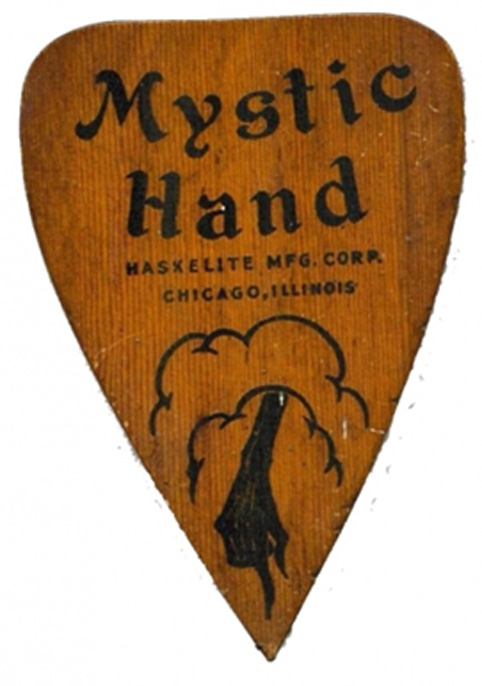 There were some serious problems with these two common methods which purportedly communicated with the dead. The ‘table turning’ method, for instance, took too long for questions to be answered, and once the novelty wore off, people understandably became bored.

As for the planchette, the writings that were produced were often too difficult or even impossible to decipher, and it was regarded as a rather ineffective device. New methods of communicating with the dead were devised by mediums, and in the midst of all this, a business opportunity that tapped into the Spiritualist market was perceived.

Reinvention of the Board

In the 1880s, a Ouija board-like device was reported by the press as being used in Ohio. One of the men who read this report was Charles Kennard of Baltimore, Maryland. In 1890, Kennard, along with four other investors, established the Kennard Novelty Company, which made and sold Ouija boards.

Kennard’s boards were initially not called Ouija, and this name came about a little later. According to a popular story, which was started by William Fulk (the man who took over Kennard’s company in 1892), the word Ouija was a combination of ‘Oui’ and ‘Ja’, ‘Yes’ in French and German respectively. 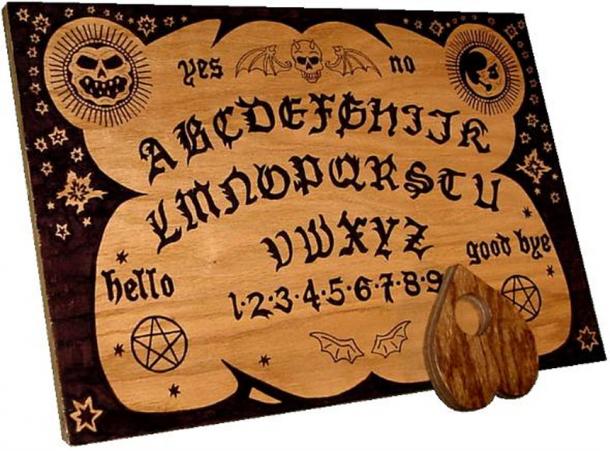 A modern Ouija board plus planchette. ( Public Domain )

Naming the Ouija Board

This was a reinvention of the board’s history on Fulk’s part, and there is another story which explains the board’s name. According to this story, the Ouija board was given its name by Helen Peters, the sister-in-law of one of the company’s investors.

During a session, the board was asked what it should be called, and Ouija was the reply. When asked what the word meant, the answer was ‘good luck’, apparently according to the ancient Egyptian language. During that session, Peters was wearing a locket with the picture of a woman on it. Above her head was the word Ouija. This might have been a misreading of Ouida, an author and women’s rights activist whom Peters is said to have admired. 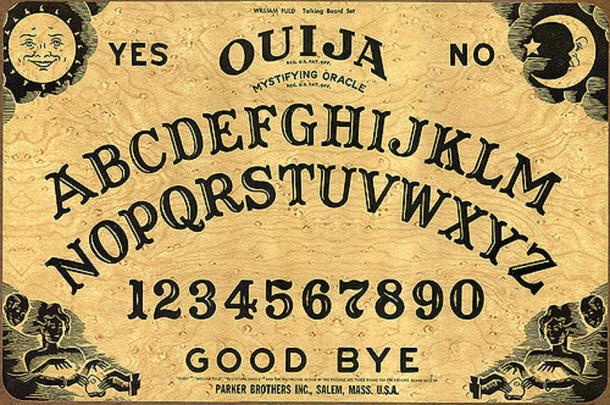 How A Ouija Moves

The Ouija board was a business success, and remained quite popular over the decades. The popularity of this device is said to peak during periods of uncertainty, for instance, during the 1910s and 20s, and also in recent years partly due to economic uncertainty.

For some, the Ouija board provides a sort of comfort and consolation in such tough times. Whilst Spiritualists claim that such encouragements are given by the dead, scientists argue that the movements of the planchette are not caused by spirits, but by something entirely human known as the ideomotor effect, or in other words, automatic muscular movements. Perhaps the Ouija board is powered not by the supernatural, but something completely natural.

McCarthy, E., 2014. A Brief History of the Ouija Board. [Online]
Available at: http://mentalfloss.com/article/12952/brief-history-ouija-board

McRobbie, L. R., 2013. The Strange and Mysterious History of the Ouija Board. [Online]
Available at: http://www.smithsonianmag.com/history/the-strange-and-mysterious-history-of-the-ouija-board-5860627/?no-ist

Museum of Talking Boards, 2015. History of the Talking Board. [Online]
Available at: http://www.museumoftalkingboards.com/history.html