The True Story and the Hidden Symbolism Behind “Stranger Things”

The immensely popular series Stranger Things puts in the forefront of popular culture the disturbing world of MKULTRA, mixed with a heavy those of fantasy and science fiction. Through its story and symbolism, the series tell a deeper truth about its subject matter, one that not many might believe or accept. We’ll look at the deeper meaning of Stranger Things.

Praised for its gripping story and stellar acting, Stranger Things quickly became a monster hit. Starring a group of Dungeon & Dragons playing kids who bike around their neighborhood while communicating on their Realistic™ walkie-talkies, the series brought a heavy dose of eighties nostalgia with a rare authenticity. More importantly, Stranger Things also brought to the forefront of popular culture a subject that has been taboo for decades: The world of MKULTRA and its horrifying practices. (If you don’t know about MKULTRA, please read this article first).

Continuously opposing truth with fiction, the horror of reality with the bliss of fantasy, the ugliness of mankind with the innocence of children, Stranger Things has a strong dualistic undertone. This is epitomized by the fact that the adventure takes place on two separate realms, the “real world” and the “Upside Down,” a dark, evil version of reality. Although separate, these realms are connected through a gateway, one that nearly nobody knows about. The existence of this gateway is hidden from the public, yet affects it in several ways. Stranger Things is about how those who rule us are involved in “stranger things” than most can even fathom. Through its story, characters and symbolism, it reveals the darker side of the elite … some of it. Let’s take a deeper look at the story.

Between Reality and Fiction

“Something is coming. Something hungry for blood. A shadow grows on the wall behind you, swallowing you in darkness. It is almost here.” 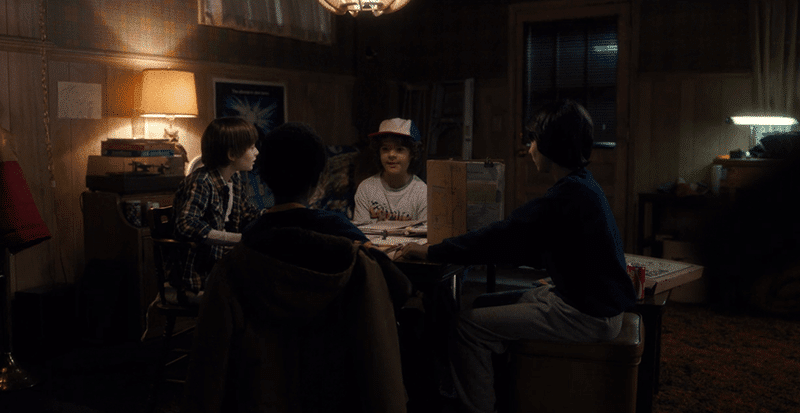 While the boys are ultimately faced with the horrifying world of government mind control, their adventure is constantly compared to a Dungeons & Dragons quest. Will, the boy who gets abducted by the government, is the wizard of the party. The strength of wizards reside in their minds as they are capable of magic and other paranormal things such as teleportation and telekinesis. As we’ll see later, this is what Theta MKULTRA programming is about.

In this sense, the dark, disturbing aims of the occult elite is directly contrasted with the innocence and playfulness of children.

Will’s being abducted by the government is likened to the wizard stuck in the Vale of Shadows with the Demogorgon.

Essentially, the series’ creators are the dungeon masters taking the viewers on a 10-hour quest. But while D&D is about fantasy, the events happening in Stranger Things are based on some very strange things that actually happened.

Based on the Montauk Project

“Honey, we have to trust them. This is our government. They’re on our side.”

Considering happens in the series, the quote above, said by a clueless father, takes on a deeply ironic meaning. The story indeed describes a shadow government that exists no matter who is in office and that evolves entirely out of public view, partaking in programs, experiments and missions that are completely beyond public knowledge, while controlling the country’s entire resources and networks. In Stranger Things, the main organizations named are the CIA, the NSA and the Department of Energy.

The MK programming site and the gateway to the ‘Upside Down’ are located in a National Laboratory of the U.S. Department of Energy.

The actual U.S. Department of Energy is one of those gigantic organizations that are massively funded by the federal government (it received 24 billion dollars in 2014) and operates a massive infrastructure all over the country. Yet, very few people truly know what happens inside those laboratories.

The United States Department of Energy (DOE) is a Cabinet-level department of the United States Government concerned with the United States’ policies regarding energy and safety in handling nuclear material. Its responsibilities include the nation’s nuclear weapons program, nuclear reactor production for the United States Navy, energy conservation, energy-related research, radioactive waste disposal, and domestic energy production. It also directs research in genomics; the Human Genome Project originated in a DOE initiative. DOE sponsors more research in the physical sciences than any other U.S. federal agency, the majority of which is conducted through its system of National Laboratories.
– Wikipedia

Stranger Things takes place in the fictional town of Hawkins, Indiana, where a National Laboratory acts as a MKULTRA programming site.

It is interesting to note that the series’ original title was Montauk and that it was supposed to take place in Montauk, NY. For those who have done some research on CIA mind control, this name should ring a bell. Montauk is the site of Camp Hero, the military base where the infamous and widely speculated Montauk Project took place.

The events on Long Island have come to be known as The Montauk Project. This phrase refers to a series of top-secret experiments in mind control, time travel, psychotronics, and the creation of black holes. These experiments were based out of an old Air Force radar station, or more accurately, in a vast complex hidden in the earth beneath this radar station.

The military focused the efforts of the Montauk Project primarily on mind control experimentation. They gathered young males with psychic sensitivity, and in some cases, they supposedly even kidnapped these test subjects. These boys would sit in a specially developed chair aimed at enhancing their latent psychic abilities. This chair was being blasted with energy waves that allowed scientists to control their young subjects’ minds. Amazingly, it was discovered that the most adept of these young psychics were able to focus on objects so intensely that the objects would momentarily physically materialize. (…)

According to legend, the base actually lost its funding in the late 1960s because the radar technology was obsolete, but was open until 1983. The area is now a New York state park, but the buildings are intact and radar equipment remains standing. Also, from what I learned, what is really strange is that while the government gave the land to the state, it still owns the land beneath the base.

Apparently there are many levels beneath ground that were used for research and the base was really a cover-up. Some people say that is absolutely documented that there is a subterranean city beneath the base that is still being used today by secret branches of the military. People say that the radar equipment was built as a cover up so that the military could conduct experiments in time travel and mind control and this is what all the electronics equipment was for. The Montauk Air Force Station was said to have carried out numerous terrible experiments in cooperation with many research laboratories on Long Island. Apparently, this base was also in cooperation with Mitchell Air Force Base on Long Island.
– Weird US, Military Mayhem in Montauk, Long Island 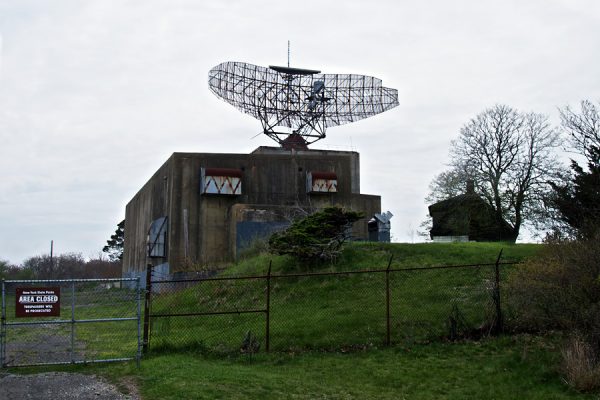 Camp Hero Base in Montauk, NY.

The creators of Stranger Things were clearly inspired by the Montauk project “legend”. The creators however ultimately chose to base the series in a fictional town in Indiana. While the location is different, the same shadow government is behind the action in Stranger Things.

FADE to BLACK Jimmy Church w/ Clifford Stone : UFO Disclosure
Global Uprising – The Time is Now
Anderson Cooper Confronted On Being In The CIA - Luke Rudkowski (WeAreChange)
The Personal Data Google Has on You Is Shocking and Dwarfs that of Facebook, Here’s How to Stop It
Facebook
Telegram
Twitter
ReddIt
Linkedin
Tumblr
VK
Email
Print
Previous articleThe Army Has Admitted To Wrongful Accounting Of $6.5 TRILLION!
Next articleEnergy Update – Amplified Materialization
RSS Feed