What is going on in the mysterious world of MKUltra?

Spoiler alert: this article discusses the plot of season one of Stranger Things.

With its blend of 1980s nostalgia, pesky kids on BMXs, Stephen King-style small town horror and pulsing synth soundtrack, Stranger Things has been one of the TV hits of the summer.

But just as strange as its plot about a missing child, a freaky Demogorgon monster, the bizarre Upside Down parallel dimension and Winona Ryder’s obsession with Christmas lights is the story behind Project MKUltra, the real-life inspiration for the show’s shadowy government research facility.

When police chief Jim Hopper (David Harbour) uncovers a reference to MKUltra in the evil Dr Brenner’s past (thanks to a diligent search of microfiche newspaper cuttings), it’s a nod to viewers that series creators, the Duffer brothers, were drawing not just their love of Spielberg but also a moment when truth was as strange as fiction.

As Matt Duffer has said, Stranger Things evolved from being a paranormal story about a missing child when they started “talking about some of the mysterious government experiments that … were happening at the tail end of the cold war, right when rumoured [projects] like MKUltra were ramping down”.

Project MKUltra has gone down in the annals of conspiracy theory as one of the most bizarre footnotes in the clandestine history of the US secret services. A covert CIA programme started in the early 1950s, it expanded its remit to research everything from mind control to telepathy, ESP, psychic warfare and “remote viewing”. As we see in Stranger Things’ flashback scenes with Eleven submerged in a sensory-deprivation tank, this was the belief that it is possible to use the power of your mind to “see” events happening thousands of miles away – such as in the Soviet Union. Handy. 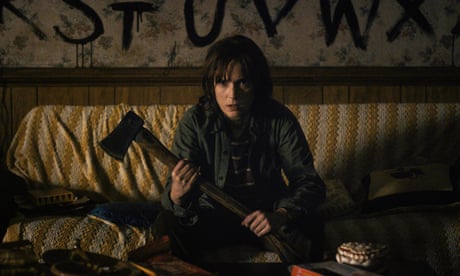 Although the bulk of the programme’s records were destroyed after it was shut down in 1973 (further adding to the sense of mystery), a 1977 Senate select committee hearing (“Project MKUltra, the CIA’s Program of Research in Behavioral Modification”) confirmed the most notorious avenue of research – that agents “drugged American citizens without their knowledge”. Most notably by conducting illicit experiments with LSD in the hope that it would be the ultimate truth serum, capable of breaking down enemy agents.

It’s not the first time that MKUltra has featured in popular culture; films such as The Manchurian Candidate popularised the idea of brainwashed sleeper agents later seen in the Jason Bourne movies. TV shows, including the X Files and Fringe, have both drawn on it, while Jon Ronson’s book and subsequent George Clooney film The Men Who Stare at Goats, drew a line from MKUltra’s psychological warfare techniques to the extreme interrogation techniques used in the war on terror. Probably just as well that Eleven refused to progress beyond staring at kittens.