Plato wrote two works or “dialogues” called the Timaeus and Critias around 360 BCE and they are the only known works that describe the civilization of Atlantis in detail. They describe the travels to Egypt in about 570 BCE of the Athenian statesman Solon (638–558 BCE). While Solon was in Egypt, some senior Egyptian temple priests told him about the empire of Atlantis and its war against the nations of the eastern Mediterranean, including prehistoric Athens. The Mediterranean war occurred 9,000 years before Solon’s time. After the war ended, the Atlantic Island sank and there were destructions of prehistoric Athens. Plato based his Atlantis dialogues on Solon’s translation of the Egyptian story.

Historical Fact, or a Noble Lie?

In both the Timaeus and Critias, Plato repeatedly describes the Atlantis story as fact, not fiction. However, virtually from the time Plato wrote the dialogues in the 4th century BCE, many philosophers and scholars have argued that Plato created the Atlantis story as a fiction or “noble lie”. They claim that Plato created a fictitious Atlantis and prehistoric Athens as a metaphor and moral message for a discussion about ideal societies. However, if you take the time to read a translation of the Timaeus and Critias, you will find the degree of detail that Plato uses, particularly to describe the geography of the Atlantic Island and prehistoric Athens, is much more than necessary for a metaphor. 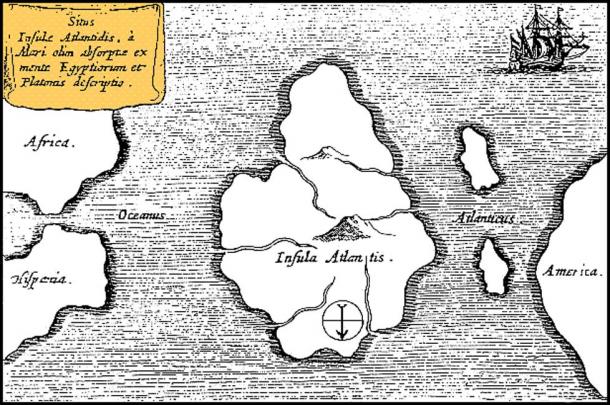 Athanasius Kircher’s map of Atlantis, placing it in the middle of the Atlantic Ocean. From Mundus Subterraneus 1669, published in Amsterdam. The map is oriented with south at the top. (Public Domain)

Given the thousands of books and location theories already written about Atlantis, it surprises me that virtually all the authors pick parts of Plato’s geographical descriptions or greatly alter them so that their theories satisfy only a few of the descriptions. Most commonly, the authors argue that Plato was either wrong in his time or distance calculations, that there was not an Atlantic Island that sank, or that Atlantis’ location was not in the Atlantic Ocean. I have spent six years researching all of Plato’s descriptions in the Timaeus and Critias as being true and precise.

All of Plato’s precise descriptions are explained in Plato’s Caribbean Atlantis—including the location and nature of an Atlantic Island in the Atlantic Ocean as well as the Atlantean Empire and prehistoric Athens of over 11,000 years ago.

The Hidden Location of the Legendary Island 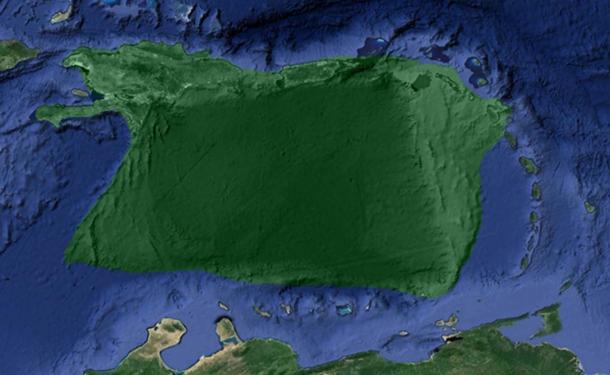 The “Atlantic island” in the Caribbean. (Image via author)

By analyzing Plato’s geographical descriptions of the “Atlantic island”, I have concluded that it was located in the eastern Caribbean region. The Atlantic Island was once a large landmass of over one million square kilometers that occupied the eastern half of the Caribbean Tectonic Plate. It was once above sea level but then most of it “sank” and now forms a large part of the Caribbean Sea floor.

Plato’s Atlantean civilization developed more than 11,600 years ago, after what is called the Last Glacial Maximum (LGM), which occurred about 20,000 years ago. The LGM was the time during the current Ice Age when glacial ice sheets over Antarctica and much of North America and Eurasia were at their greatest extent and kilometers thick. 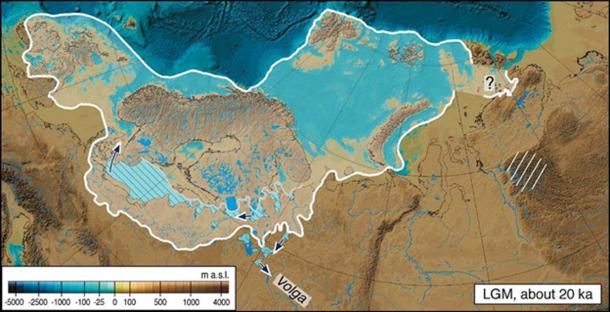 The extent of the Last Glacial Maximum in Eurasia. (Public Domain)

A warm period we now call the Holocene Epoch began after the LGM and marks the melting of massive quantities of glacial ice and a very large rise in the worldwide sea-level. The sea-level rose about sixty meters (196 feet) between 20,000 to 14,000 years ago, and then rose another sixty meters between 14,000 to 8,000 years ago, before it stabilized to about its present level 8,000-6,000 years ago.

If a Caribbean Atlantic Island was once above sea-level over 11,600 years ago, and afterwards was covered by the known sea-level rise from glacial ice melting, it would only be fifty to sixty meters (164 to 196 feet) below the present sea-level. Instead, most of the Caribbean Sea bottom is now thousands of meters below sea-level. The only way the Atlantic Island could “sink” by thousands of meters over a few thousand years is through a series of major subsidences of a large part of the eastern Caribbean Tectonic Plate on which the Caribbean Sea rests. There is no currently accepted geological mechanism for a rapid subsidence of this magnitude. 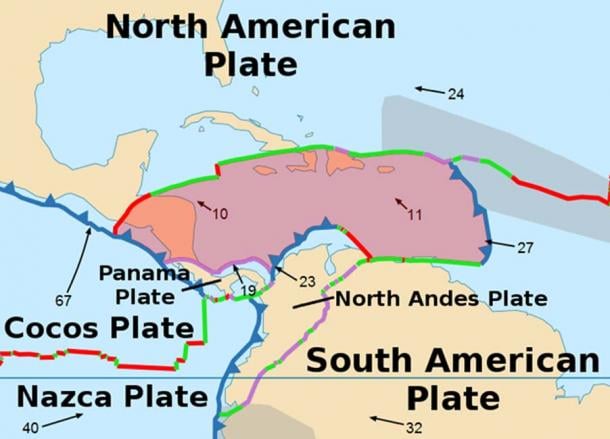 A new geological hypothesis might describe a mechanism for the rapid and deep submergence of the Atlantic Island. I have independently developed this hypothesis but, to date, it has not been fully reviewed and accepted by academic geologists. The hypothesis is a radical departure from conventional thinking about the vertical motion of the Earth’s tectonic plates.

The hypothesis’ basic concept is that during the current Ice Age, the weight of massive volumes of glacial ice that accumulated over the tectonic plates of Antarctica, North America and Eurasia pushed those plates down and caused uplift in remote tectonic plates not covered by ice. One of those remote tectonic plates that were uplifted was the Caribbean Plate and that uplift created an emergent Atlantic Island.

Geological evidence exists of large vertical movements of parts of the Caribbean Plate over many millions of years that correspond to changes in glacial ice thickness; in particular, relatively recent downward movements that could account for the submergence of the Atlantic Island in the past 11,000 years. 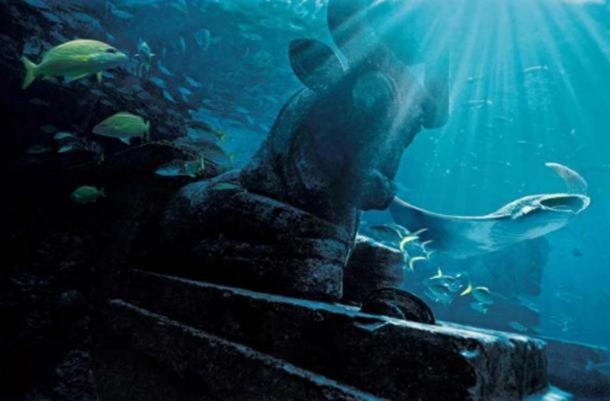 The ultimate issue to consider is whether the details of Plato’s Atlantis story are based on fact. If Plato did write the truth, then Atlantean civilization developed several thousand years before any known ancient civilization in Mesopotamia, Egypt, India, China or the Americas. All the evidence available shows that Plato believed the Atlantis story and that more of the story once existed but is now lost.