Hathor was a major goddess in the ancient Egyptian pantheon, who personified the principles of joy, feminine love, and motherhood, and her cult center was at Dendera, one of the best-preserved temple complexes in all of Egypt. The Temple of Hathor is the largest and most impressive buildings in this religious complex, and is visually stunning with its grand entrance, detailed carvings, hieroglyphs, and decorated ceilings.

The city of Dendera is located on the west bank of the Nile, about 60 km ( miles) to the north of Luxor, in the 6th Nome of Upper Egypt. The Dendera Temple Complex is situated around 2.5 km ( miles) to the southeast of this city.

Dendera is said to mark an old holy place, even by the standards of the ancient Egyptians. It has been pointed out that there is evidence for religious structures built at the site during the reign of the Old Kingdom Pharaoh Pepi I (towards the end of the 3rd millennium BC). There are also remnants of a temple that was built during the New Kingdom, specifically the 18th Dynasty. The current complex, including the Temple of Hathor, however, dates to the Ptolemaic and Roman periods, with (at least) one building dating to the Late Period. This is the mammisi (birth house) of Nectanebo II, the last native ruler of ancient Egypt who ruled during the 4th century BC. 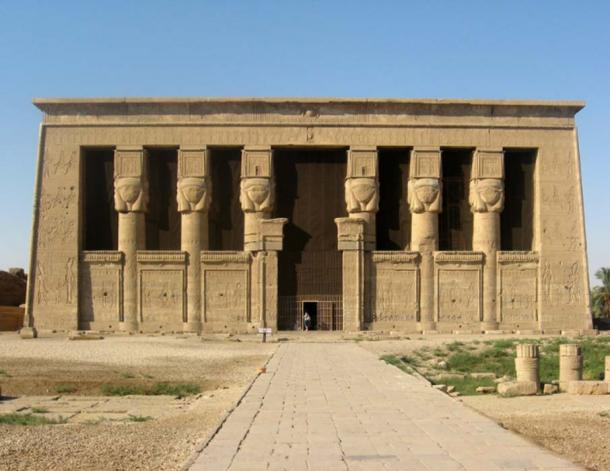 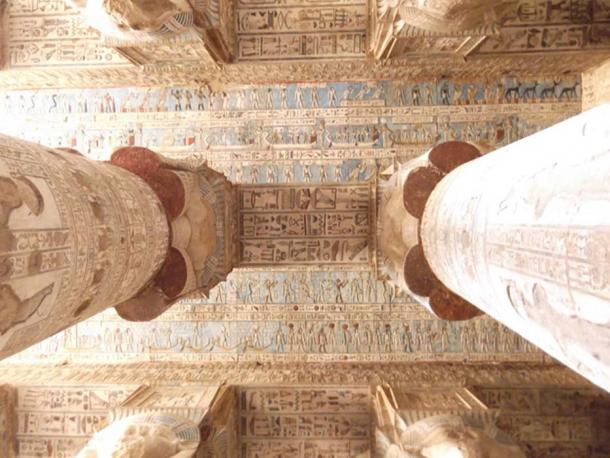 The magnificent ceiling inside the Temple of Hathor (CC by SA 3.0)

The Temple of Hathor

The Dendera Temple Complex covers an area of 40,000 square meters ( sq. ft.), and is surrounded by a large mudbrick wall. Within this enclosure are various structures, including the Temple of the Birth of Isis, a Roman mammisi (attributed either to the reign of Trajan or Nero), a sanatorium, and a sacred lake. It was made famous by a carving that many believe depicts an electrical lightbulb. Nevertheless, the most impressive part of the temple complex is undoubtedly the Temple of Hathor. 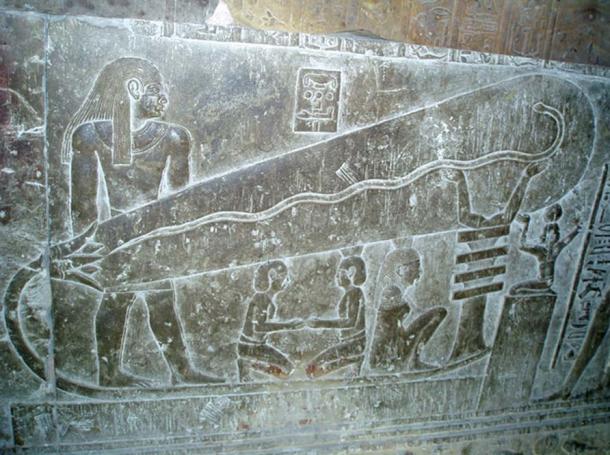 The Temple of Hathor was largely constructed during the Late Ptolemaic period, specifically during the reign of Ptolemy XII and Cleopatra VII. Later additions were made during the Roman period. Although built by a dynasty of rulers who were not native Egyptians themselves, the design of this temple has been found to be in accordance to that of other classical Egyptian temples, with the exception of the front of the hypostyle hall, which, according to an inscription above the entrance, was constructed by the Emperor Tiberius.

Piety to the Gods

Like the native Egyptian pharaohs before them, the Ptolemaic and Roman rulers of Egypt also used the temple complex as a means of propaganda, and to showcase their piety towards the gods of Egypt. Thus, for instance in the hypostyle hall of the Temple of Hathor, there is a depiction of the Roman Emperor Nero offering a model of the mammisi to the goddess. This image has been cited as evidence that Nero was involved in the construction of the Roman birth house. On the other hand, the dedication inscriptions and decorations in the birth house itself make reference to Trajan, thus suggesting that it was this emperor who was responsible for its construction. 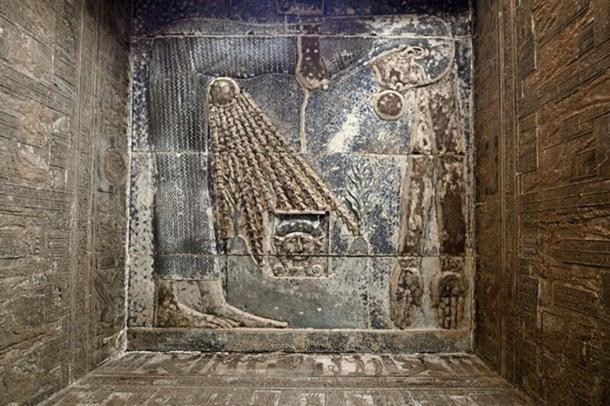 The goddess Nut depicted inside the Temple of Hathor (CC by SA 4.0)

Apart from these, there are also scenes in the temple complex portraying the Ptolemaic rulers. For example, carved onto the external face of one of the temple walls is a huge relief of Cleopatra VII and her son by Julius Caesar and co-ruler, Ptolemy XV (better known as Caesarion). The two Ptolemaic rulers are shown dressed in Egyptian garb, and offering sacrifices. 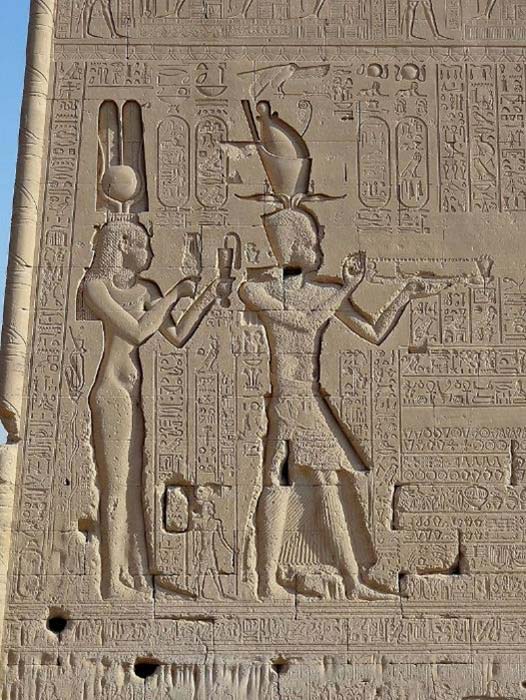 Hathor was also regarded as a goddess of healing, and this is evident in the presence of a sanatorium in the temple complex. Here, pilgrims would come to be cured by the goddess. Sacred water (which was made holy by having it poured onto statues inscribed with sacred texts) was used for bathing, unguents were dispensed by the priests of Hathor, and sleeping quarters were provided for those hoping that the goddess would appear in their dreams, and so aid them. 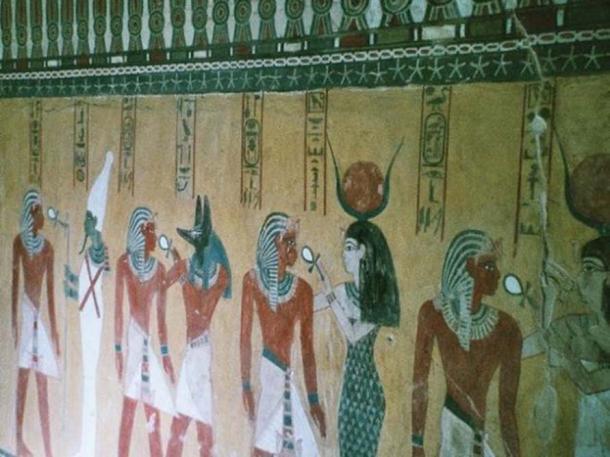 Hathor among the deities greeting the newly dead pharaoh, Thutmose IV, from his tomb in the Valley of the Kings, Luxor, Egypt. (CC BY-SA 3.0)

When Christianity became the dominant religion in Egypt, a Christian basilica was built in the temple complex. The remains of this structure suggest that it was built during the 5th century AD, and has been considered to be a good example of early Coptic church architecture. Eventually, however, the complex was completely abandoned as a place of worship. When the scholars who accompanied Napoleon during his campaign in Egypt first visited the site, they found a centuries old Arab village in the complex, and that some of the ceilings had been blackened as a result of exposure to the smoke from the villagers’ cooking fires over time.

Dunn, J., 2017. Dendera and the Temple of Hathor. [Online]
Available at: http://www.touregypt.net/featurestories/dendera.htm