One of the great, largely untold adventure stories of late antiquity is the journey to the East, from Egypt’s Red Sea ports, across the open ocean for 40 days and 40 nights, to the legendary entrepôt of Musiris, on India’s southwestern or Malabar coast, in what is now modern state of Kerala. This was a great feat of navigation, a technological leap forward comparable to the discovery of the Americas or Francis Drake’s circumnavigation of the globe.

This maritime trade reached a peak during the time of Jesus, necessitating the construction of a small Greco-Roman merchant colony to manage the extensive trade between India and the Roman Empire. This colony was sufficiently large to justify the building of a Roman temple, which is clearly shown on ancient maps. The precise location of Musiris has hitherto been one of the secrets of the classical world. 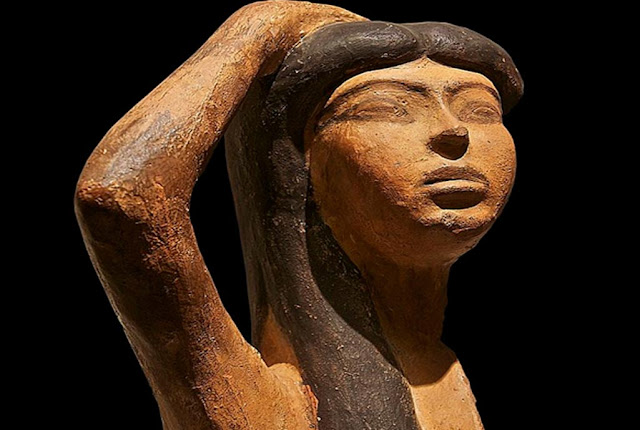 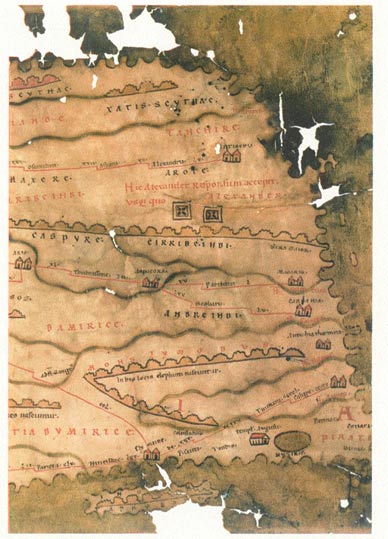 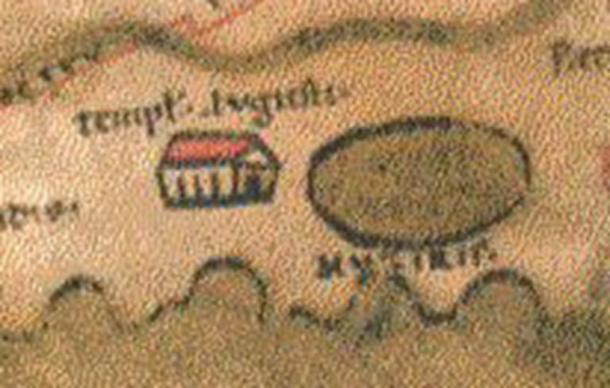 Religion is the strange cargo of maritime trade. This area of India is very cosmopolitan. It was the port of disembarkation for Christians, Jews, Muslims and other Near Eastern peoples, who still have a significant presence in India. The Egyptian goddess Isis is famously the patroness of the sea, the protector of mariners. The Greek captains of the Roman trade galleons undoubtedly worshiped her.

Roman Isis holding a sistrum and oinochoe and wearing a garment tied with a characteristic knot, from the time of Hadrian (117–138 AD). (Public Domain)

The revealing of the goddess Isis in Indian culture is the combined work of several eminent scholars. Initially it was the identification of Pattini as a veiled goddess, the only one in Hindu mythology, that led scholars such as Dr Richard Fynes to hypothesize a Near Eastern connection. Actually Isis was not veiled throughout most of her history but she was when her cult was transferred to India.

The late Professor Kamil Zvelebil also revealed much about the maritime trade between the ancient Near East and South India. My research for Isis, Goddess of Egypt & India, further exposed the similarities between the classical mystery cult and the mythology of the Buddhist/Jaina goddess Pattini.

Distinguished Princeton anthropologist Gunanath Obeyesekere undertook extensive fieldwork, recording the folk songs and myths of the region. Almost immediately he recognized how they almost all contained a mythology, unique in India, in which a dead god is resurrected by the magical power of his veiled goddess wife.

Isis, and the Resurrection of Osiris

The Egyptian version of this myth concerns the internecine struggle for power within its most prominent divine family. These are the five famous children of Sky-mother Nuit and Earth-father Geb viz: Isis, Osiris, Seth, Nephthys and Horus. Like Biblical Cain and Abel, Seth kills his brother Osiris in a jealous rage then dismembers and hides his body. Because Osiris has no adult successor, his brother Seth can take his throne. In the drama, Isis searches for and eventually finds the decayed body of her dead husband. She revives Osiris, which gives us the archetypal and earliest version of the myth of the dying and resurrecting god. 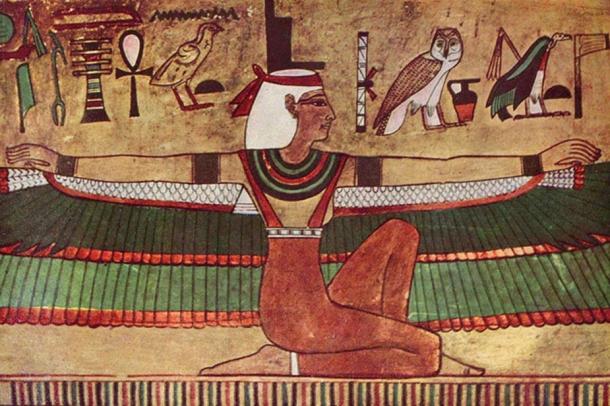 But the reward of her work does not last, the Resurrection of Osiris is a temporary respite, just enough time for the couple to engender a magical son who will eventually grow, protected by his mother, to avenge his father and take his rightful role on the throne of Egypt.

Now consider this traditional song, recorded by Obeyesekere. It is derived from Tamil Nadu’s national epic poem, the Shilappattikaram: the tale of the Anklet:

“She created an ambrosia pond,
Wetted the [veil] with its water,
Placed a hand on Palanga’s head,
And told him to get up.
As if lying in a bed,
Deep in cool sleep,
By the influence of Pattini,
The Prince rose joyous.” 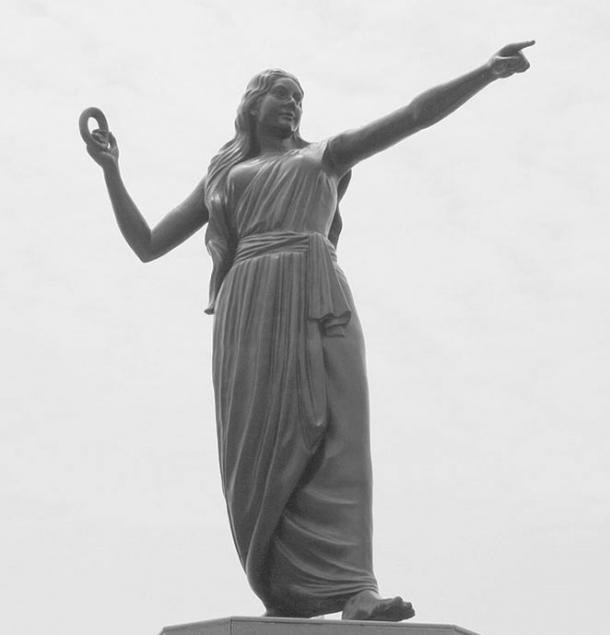 Kannagi is the central figure of the epic Silapathikaram and is worshiped as goddess Pattini in Sri Lanka. Statue in Marina Beach, Chennai. (CC BY 2.0)

The cult of Pattini has long been moribund in India, although she is still the guardian deity of Sri Lanka. If she ever had a shrine at Musiris, it would long ago have been taken over by Hindu deities such as Shiva or Kali. Now it just so happens that a temple, with an appropriately strange history, does exist close to the hypothetical location of Musiris. This is Kurumbha-Devi temple, outside of Cochin, Kerala. 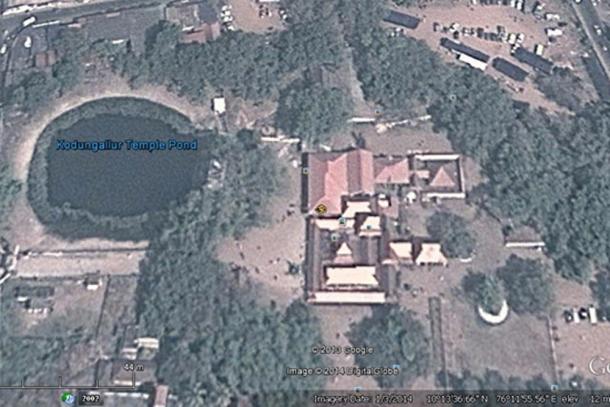 In a remarkable document, V T Induchudan, a scholarly Brahmins who serves at the temple, published its secrets in a suitably named monograph called “The Secret Chamber”. 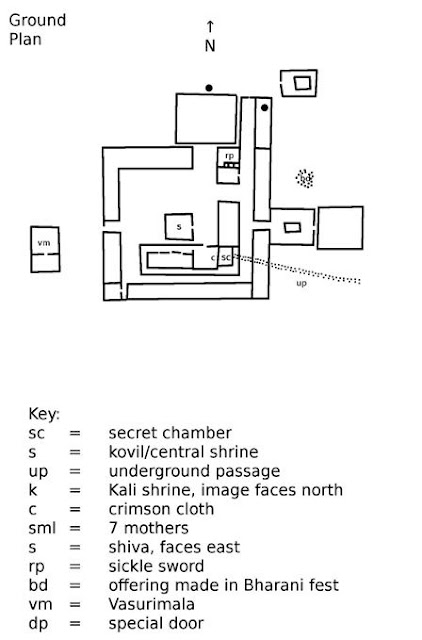 This temple, with its pyramidal, high gabled, red tile roofs, is very reminiscent of Roman and Egyptian architecture. It is built on ancient foundations and has the remains of a secret underground shrine, which it seems was originally dedicated to a mystery cult, undoubtedly that of Isis-Pattini.

A long underground tunnel leads to the secret chamber. This tunnel is orientated west-east, its entrance guarded by the houses of people called “Atikals” (more about them shortly). From the secret chamber a candidate could follow the path of the sun from dusk to dawn, precisely as was done in the mystery cult of Isis.

To give some idea of the magical aura still believed connected with this room, Induchudan records how a carpenter tasked with repairing the roof was struck blind after he accidentally glanced inside! Although nowadays access is denied, the sealed underground room still benefits from devotions, which reach a special intensity during the annual Bharani festival, which even by Indian standards is extremely unorthodox.

Possible image of Pattini from pillar inside the temple. (source V T Induchudan)

You might be curious to learn what might have happened to the original worshippers of Isis-Pattini. Did they survive, did they become Buddhists, did they, when Hinduism took over in these parts, again convert?

To find them one must look at the Bharani festival, which marks the beginning of the hot summer before the coming of the monsoon rains. Coincidentally, this was also the time in Egypt and elsewhere in the classical world when rites of Isis were performed to open the sea for trade. Central to this Bharani festival is the mysterious society of Atikals.

Atikal is a very ancient word. Originally it meant ‘notable’, then it was used to designate (Jaina) saints, until finally it came to mean ‘ex- or degraded Brahmin’. Despite being non-Brahmins and therefore not entitled to officiate at Hindu rites, Atikals, in effect, own the temple and are allowed to return each year for one month, in which they conduct their own secret rites culminating in 12 hours of ‘misrule’.

Hundreds of thousands of devotees also appear from all over Kerala. Press reports speak of a crush that in one year reached 500,000 visitors. Some of these special religious societies circumambulate the temple, racing in Gnostic frenzy, often bleeding from self-inflicted wounds. Cries of “Amme! Amme! Mother! Mother!” ring out alongside scandalous songs. 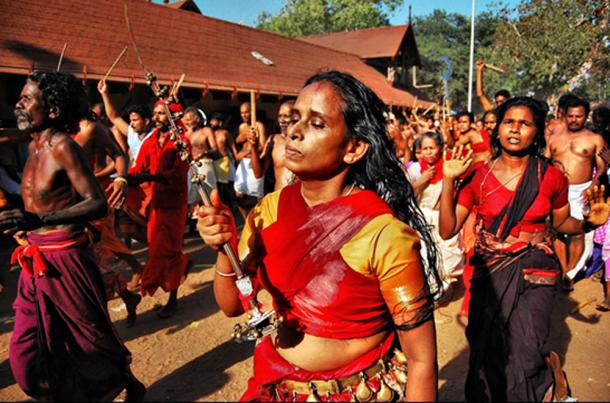 This Kurumbha-Devi temple is one of several which have provable links with the Ancient Near East. In the Pattini version of the myth, Isis makes a long trek in search of her missing husband. Her journey of several days winds its way from their home in Vanci, through the deep forest to Madurai. Here she learns of the death of her husband, Palanga, and becomes so enraged that she sets fire to most of the city.

Even today, on a remote tiger reserve in the beautiful Periyar forest, there is a lonely, abandoned shrine. It must commemorate the place where Pattini is said to have camped on her journey. Why else would such a remote location have such a shrine? Every year, the forest rangers allow thousands of pilgrims to visit and conduct, albeit on a lesser scale, rites related to those already described.

Chris Morgan is a respected independent scholar, former Wellcome student, and holder of an advanced degree in Oriental Studies from University of Oxford. He is the author of several books on Egypt, specializing in folk religion, ritual calendars and the “archaeological memory” encoded in the religions of post pharaonic Egypt. He is also an Indologist, interested in the philosophy and technology of India, especially Ayurvedic medicine, and folk magic traditions. His latest book is “Isis: Goddess of Egypt & India.”