The Buache Map is an 18th century map commonly claimed to accurately depict the continent of Antarctica before it was buried by ice. By extension, it has been claimed that this map is evidence that an ancient civilization had mapped Antarctica without ice, and the Buache Map was drawn based on this ancient source.

However, there are also arguments against this interpretation of the Buache Map and the claim that the continent of Antarctica was known to a highly advanced ancient civilization long before it was ‘re-discovered’ by modern man in the early part of the 19th century.

The Buache Map was drawn by a French geographer by the name of Philippe Buache de la Neuville, hence its name. The full title of this map (in French), however, is “ Carte des Terres Australes comprises entre le Tropique du Capricorne et le Pôle Antarctique où se voyent les nouvelles découvertes faites en 1739 au Sud du Cap de Bonne Esperance ,” which translates into English as “Map of the Southern Lands contained between the Tropic of Capricorn and the Antarctic Pole, where the new discoveries made in 1739 to the south of the Cape of Good Hope may be seen.” Although the Buache Map is often said to have been published in 1737, the date of publication on the map itself is given as September 3, 1739. 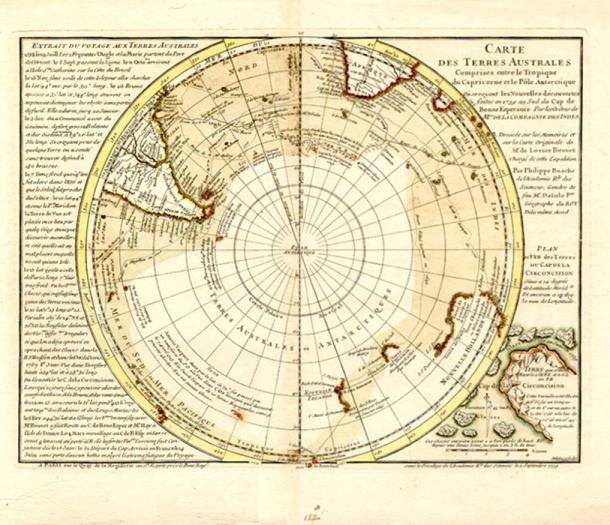 The man behind the map, Philippe Buache de la Neuville, was a cartographer and map publisher, as well as the “foremost theoretical geographer of his generation.” Buache began his career as a workshop assistant and apprentice of Guillaume de L’Isle, who was also an important and prolific cartographer.

When de L’Isle died in 1726, his publishing firm was taken over by Buache, who had also married his mentor’s daughter so that he was part of the family. In 1729, Buache was appointed as the Premier Geographe du Roi , roughly translated as the ‘first / principal geographer of the king.’ In the following year, Buache entered the Académie des sciences as the successor of Guillaume de L’Isle. 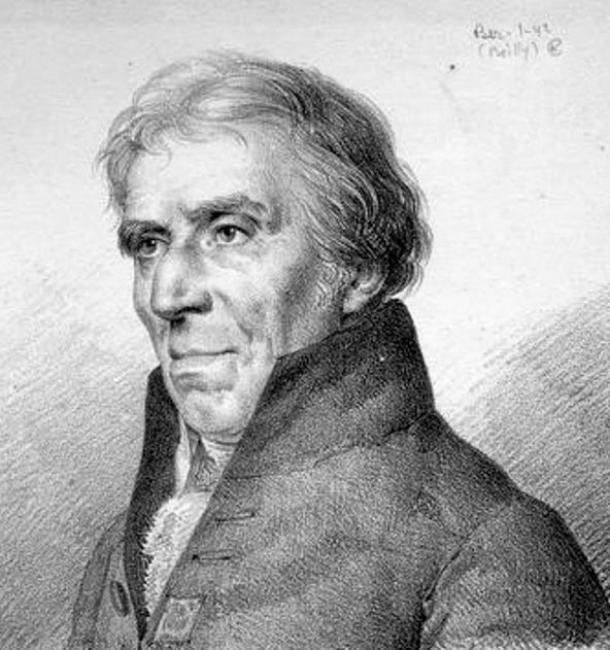 Buache was a pioneer of a new form of theoretical geography. Although Buache’s new system was arguably “defective in many instances,” it nevertheless “contributed greatly toward the progress of that science, and popularized it.”

To produce his maps, Buache is said to have employed “geographic knowledge, scholarly research, the journals of contemporary explorers and missionaries, and direct astronomical observation.” From these, he made a number of deductions. One of the deductions made by Buache which turned out to be true, for instance, was the existence of Alaska and the Bering Strait. Nevertheless, not all of Buache’s speculations were true. One example of this is the supposed existence of a central Antarctic sea.

Legends of the Buache Map – Antarctica Without Ice

Returning to the Buache Map, it has been suggested that it “accurately depicts the subglacial topography” of Antarctica, a claim said to have its origins in Charles Hapgood’s 1966 book, ‘ Maps of the Ancient Sea Kings .’ It has also been suggested that Buache used a map / maps that was / were either made by some highly developed ancient civilization or even by “alien cartographers.”

One argument against this interpretation is the fact that nobody knows for sure what the topography of subglacial Antarctica actually looks like. At present, there is no way to judge the veracity of the claim that the Buache Map provides an accurate representation of the subglacial Antarctic coastline. Additionally, there are numerous differences between the Buache Map and the Piri Re’is Map , another map purported to illustrate the topography of an ice-free Antarctica.

The French legends that cover the Buache Map also provide a clue as to the way the map may be read and understood. For example, the words conjecturée (conjectured) and soupçonnée (suspected) can be found on parts of the southern continent , indicating that this landmass was not copied from some ancient map, but was a hypothesis by Buache.

Additionally, the writings on the side of the map indicate that the French explorer Jean Baptiste Charles Bouvet de Lozier reported seeing many icebergs during his journey to the south. Therefore, Buache speculated that the icebergs were from somewhere in the south. 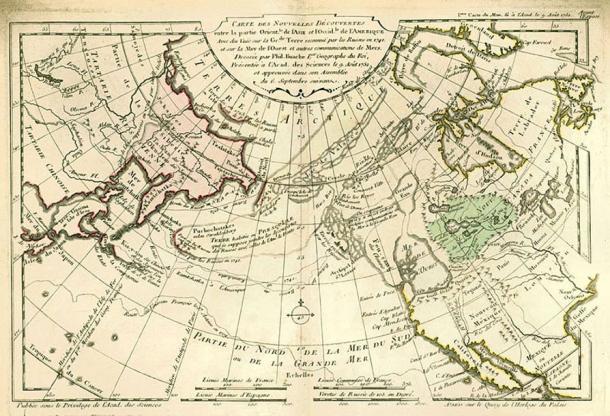 Finally, there are two versions of the Buache Map, the first is shown without this speculated landmass, while the second depicts the hypothesized Antarctica . The former is said to be more common, and may have been an earlier version of Buache’s hypothesis, while the latter is thought to incorporate Buache’s later thoughts on the matter.

Alternatively, it has been suggested that the Buache Map with Antarctica may have been issued by another cartographer fraudulently, or may even be an outright modern forgery.

Top Image: Buache map titled “Map of the southern lands between the Tropic of Capricorn and the Antarctic Pole, where one sees the New discoveries made in 1739 south of Cape of Good Hope by orders of the (French) East-India Company. Based on the journals and the original map of Mr de Lozier Bouvet, leader of this expedition. Extended with various Physical observations etc., 1754.” Source: Public Domain