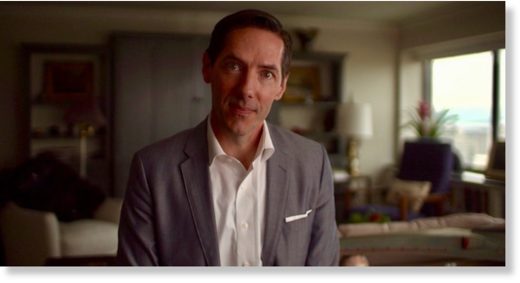 Douglas Axe, in a scene from Science Uprising, “DNA: The Programmer.”

Two remarkable advances in science together sealed the doom of any materialist evolutionary theory. They are the development of computer software, and the discovery that digital code lies at the foundation of life. That’s the theme of the new third episode of Science Uprising, “DNA: The Programmer.”

You’d have to be pretty insensitive to watch these six minutes through to the end without getting goosebumps, even if the information argument developed by Douglas Axe, Stephen Meyer, and other design theorists is already familiar to you:

Atheists Craig Venter and Richard Dawkins are famed scientists who freely agree on the analogy between software and genetic coding. Microsoft’s Bill Gates, who ought to know, ups the ante by noting that DNA stands as a far more impressive instance of coding than the software that humans are able to devise. As Stephen Meyer says here, we know from having lived in and observed the world that “information always arises from an intelligent source.” Simply applying that knowledge to the biological information in DNA seems to command an inference to intelligent design.

Hidden in the Milky Way

We also know, as Meyer points out, that “random changes in a section of functional code or functional information is going to degrade that information long before you get to something fundamentally new. That’s the problem with the mutation-selection mechanism as an explanation for new genetic information.” To describe the difficulty of evolving a functional protein, Douglas Axe, the Caltech-trained chemical engineer, draws a striking comparison to seeking out – blindfolded! – a particular atom secreted away somewhere in the Milky Way.

“So here’s the question,” asks the masked narrator of Science Uprising: “If our DNA code is more complex than any manmade software, where did it come from? Is it possible it was authored without an author? Programmed without a programmer?” Materialists are forced back to such a conclusion, which common sense, or what Dr. Axe has called “common science,” tells us is absurd.

The episode also briefly sketches those most precious things in humans experience whose value our culture’s reigning materialism would have us deny. There’s a lot at stake. Please do consider sharing it widely.