The Nazca civilization thrived from 200 BC to about 600 AD in the arid plains of southern Peru. The Nazca practiced extensive irrigation at their main population centers and built two major urban complexes whose ruins remain to this day. The Nazca are also known for their exquisite pottery and textiles. What they are most famous for are the geoglyphs commonly referred to as the Nazca lines. There have been many attempts to explain their intended purpose ranging from being depictions of constellations to the idea that they were runways for ancient airports. Today, the most likely explanation for the Nazca lines based on available evidence is that they were paths to be traveled during religious processions. 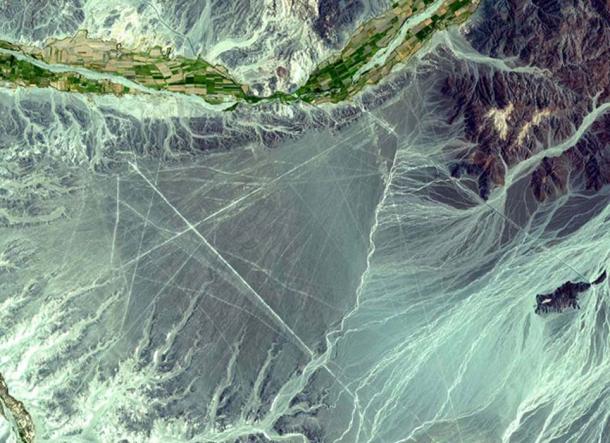 The Nazca Lines are located in the Pampa region of Peru. This ASTER sub-image covers an area of 14 x 18 km, was acquired on December 22, 2000. Image Credit:, NASA/GSFC/METI/ERSDAC/JAROS, and U.S./Japan ASTER Science Team

Nazca civilization was made up of autonomous chiefdoms which would come together occasionally for a common cause. Because of this, there was no political centralization. This is reflected in the lack of town planning or large centralized projects. Another example of this would be that newer Nazca geoglyph designs often overwrite and ignore older ones, suggesting that they were built by different groups at different times for different purposes and that there was no central planning authority for them. 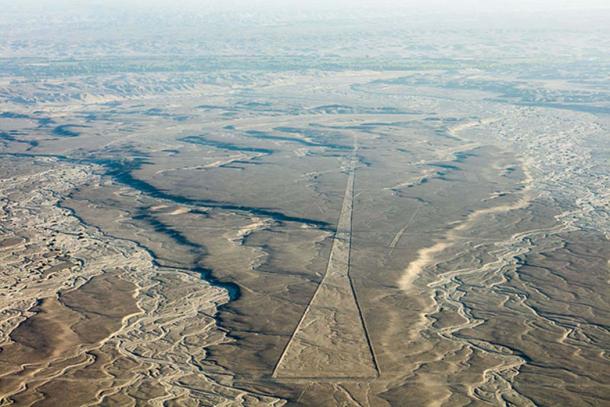 The Nazca civilization consisted of two major urban centers, a civil capital of sorts at Ventilla and a religious or ceremonial capital at Cahuachi. Ventilla consisted of terraced residential areas and courtyards. Also within the settlement is a network of underground aqueducts and cisterns to maintain a steady flow of water in the parched desert surrounding it.

Cahuachi consists of numerous sacred mounds the largest of which is the called The Great Temple. The Cahuachi complex is the much larger of the two, stretching across 11 square kilometers instead of only 2 square kilometers for Ventilla. The reason that this was a sacred site may have been because it was one of the few places in Nazca territory with a perpetual water source.

The Nazca civilization prospered briefly. Nazca burial sites have been found with feathers of exotic rainforest birds as grave goods. Llama and alpaca wool has also been found at various Nazca sites even though llamas and alpacas typically cannot survive in the arid climate in which the Nazca lived. This suggests that the Nazca had an extensive trade network reaching into most of the major climate zones of Peru including the desert, the highlands, and the rainforests. 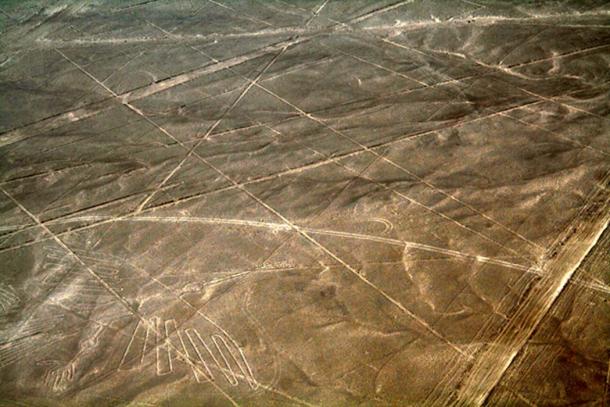 The Nazca civilization experienced a severe drought in the 5th century AD which left the Nazca weakened. They were eventually conquered by the Wari. The Nazca continued to persist after the arrival of the Wari but only as a conquered people. Nonetheless, the Nazca left marks on the landscape of southern Peru that far outlived the dominance of either the Nazca or the Wari – the mysterious Nazca lines. 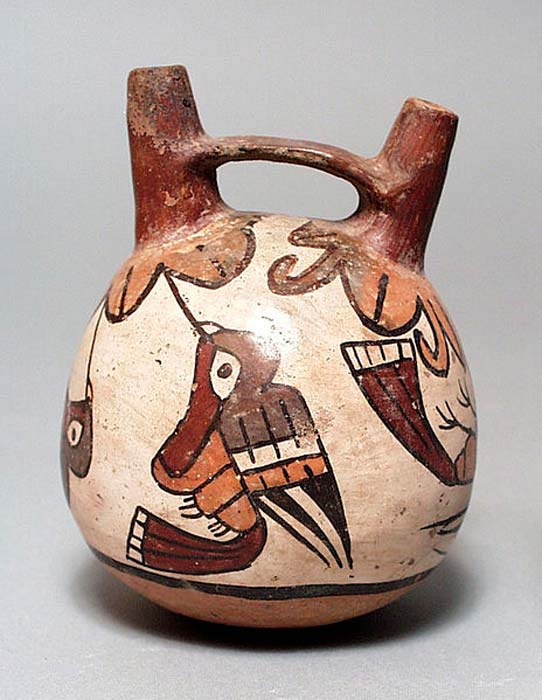 Although it is generally agreed that the Nazca people made the lines, there has been a lot of disagreement over why they made them. Archaeologists and anthropologists have proposed many theories over the years, including; astronomical and cosmological purposes, directions to water sources, flow of water, weaving patterns (or even used as a giant loom with extremely long treads), athletics track, enormous hieroglyphic writing, representations of gods, tribes or spirit animals, work therapy, a map of some sort. There is also a following for the belief that they are some sort of alien spaceship runway.

Although there are obvious planned lines and designs, there is no overall scheme for the area. Due to the large number of lines (over 800) which seem to have no correlation to each other, it makes sense that the lines were made at different times and for different purposes.

An early suggestion was that they were built to be seen by gods that the Nazca believed existed in the sky and that they were meant to depict constellations. Some proponents of this view have even argued that some of the structures are aligned with various celestial objects as they approach the horizon. Despite the popularity of this idea, archaeoastronomers have concluded that the evidence for alignment is insufficient.

A somewhat more recent hypothesis is that the Nazca lines were paths to different religious sanctuaries. Support for this idea comes from the fact that other South American cultures in the area are known for doing the same thing, creating ceremonial paths and roads to sacred sites. Archaeologists studying the Nazca lines have found that they tend to be in the close vicinity of rivers. They are also found near hills and mountains with springs. This has led to the idea that the Nazca lines were meant to show the way to sources of water and religious sites associated with them. 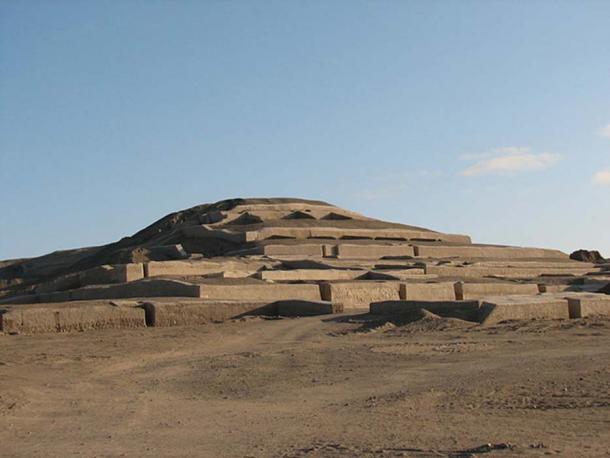 The Nazca lines demonstrate how ancient humans, despite their primitive technology, were able to do things that still amaze moderns who have aircraft, cranes, electrical drills, and other advanced machinery.

Ancient people built the Pyramids, Stonehenge, the Nazca lines, the Easter Island stone heads and other structures using little more than pre-industrial tools, ropes, sticks, and of course brains. All they needed was sufficient motive. If the ancients could do things that seem difficult even with modern technology, imagine what modern civilization could do with our much more impressive technology with the right motivation.

Top image: A map of the Nazca lines, showing all the figures, as well as the Panamerican Highway crossing the area. (CC BY NC SA 2.0)