Most people who have the Rh blood type are Rh-positive. There are also instances, however, where people are Rh-Negative. Health problems may occur for the unborn child of a mother with Rh-Negative blood when the baby is Rh-Positive. This has led some to suggest that Rh-Negative blood must be of a non-human origin. Theories range from supernatural ones such as being of divine descent or membership in a divinely chosen people-group, to more scientific or pseudoscientific explanations such as interbreeding with extraterrestrials. The majority of scientists who have studied the blood type have concluded that it is most likely just a random mutation. This explanation seems to be the one most consistent with available evidence and the one that is most able to withstand Occam’s Razor.

What is unusual about Rh-Negative blood is that the gene for it is surprisingly common despite being potentially harmful. When a woman who is Rh-Negative is pregnant with a child that is Rh-Positive, the blood from the mother is essentially toxic to the child. To some people, this looks like the mother’s body is rejecting the baby – which has led them to suggest that perhaps the reason for the rejection is incompatibility based on the mother and child being of different species. Others suggest that lineages with the gene for Rh-Negative blood are merely special in some way and were not meant to be mixed with lineages which are predominantly Rh-Positive. 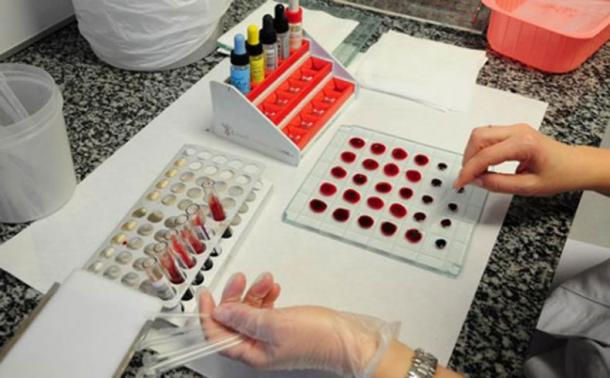 One population which contains an unusually high frequency of the gene for the Rh-Negative blood type are the Basques from northeastern Spain. The Basques have the highest incidence of the gene out of any population in the world. The Basques also speak a non-Indo-European language and have genetic markers that pre-date the rise of agriculture. This has led to speculation that Rh-Negative blood is related to Cro-Magnon ancestry going back to the upper Paleolithic period in Europe.

Among the more exotic theories is the idea that the Rh-Negative gene represents a separate branch of humanity that intermarried with the branch that came out of Africa. One blogger has gone as far as to say that those with Rh-Negative blood are descendants of the Hyperborean race, which they believe to be the original human race. Followers of this idea believe that this race was blonde-haired and blue-eyed and included most major spiritual teachers in history, including Jesus. 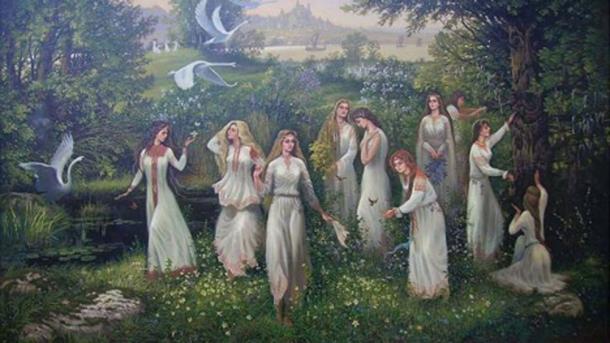 Some people who are not satisfied with the idea that those with RH- blood are another form of humanity have suggested that the trait originates from extraterrestrials either interbreeding with humans or creating humans through genetic engineering.

The Role of Genetics in Rh-Negative Blood

This unusual trait can, however, also be explained in terms of relatively mundane human genetics and natural selection. One possibility is that the gene for Rh-Negative blood has some sort of selective advantage that outweighed the negative consequences of having Rh-Negative blood.

A well-known example of this phenomenon would be the case of sickle cell anemia and malaria. A large percentage of the population in west Africa where malaria is common consists of carriers of the gene for sickle-cell anemia, although they don’t have the disease themselves. The reason is that just carrying the gene for sickle cell anemia gives the person carrying it immunity to Malaria. Although sickle-cell anemia is harmful, even deadly, carrying the gene gives a selective advantage and therefore it is much more common than would be expected. 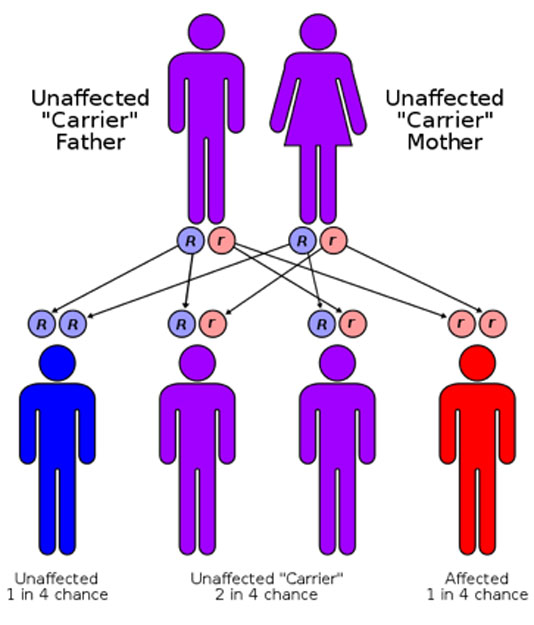 Sickle-cell disease is inherited in the autosomal recessive pattern. ( CC BY SA 3.0 )

Scientists studying the effects of Rh-Negative blood have found that individuals carrying the gene for Rh-Negative blood are more resistant to certain parasites such as toxoplasma, which can threaten unborn children. It has also been found that there are more carriers of the gene in areas where toxoplasma is more common. This suggests that carriers of the gene for Rh-Negative blood might be more common than expected because there is a positive selective advantage, greater resistance to parasites, that outweighs the negative, possibly having a pregnancy where the mother’s blood endangers the unborn child. 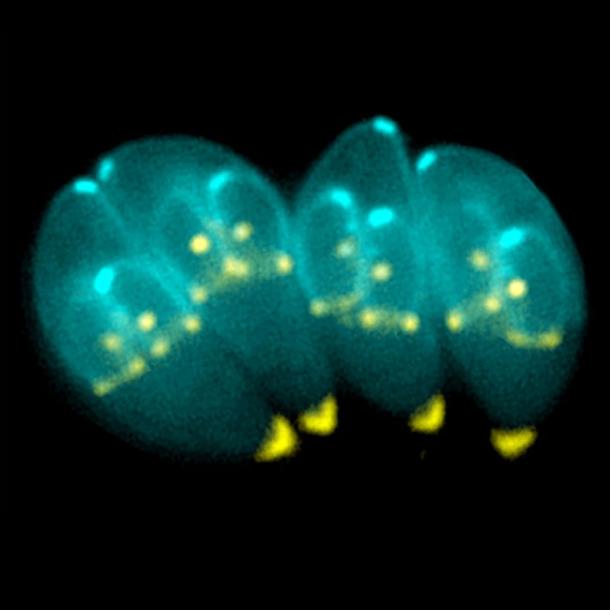 As a result, it could be that some populations contain a higher occurrence rate of the gene not because of a unique lineage but because they are adapted to a region with a high prevalence of certain parasites such as toxoplasma. This would explain why the gene occurs in high frequency in populations that are not really connected other than the fact that they are  Homo Sapiens,  such as Basques and certain Jewish populations.

The Basques have an ancestry that, with other European groups, goes back to the European Upper Paleolithic. Yet the Jews ultimately descend from relatively recent Middle Eastern populations. This would make sense if the reason for the prevalence of the gene was because both the ancestral Basque and Jewish populations originated in an environment with similar selective factors rather than being of a common lineage. 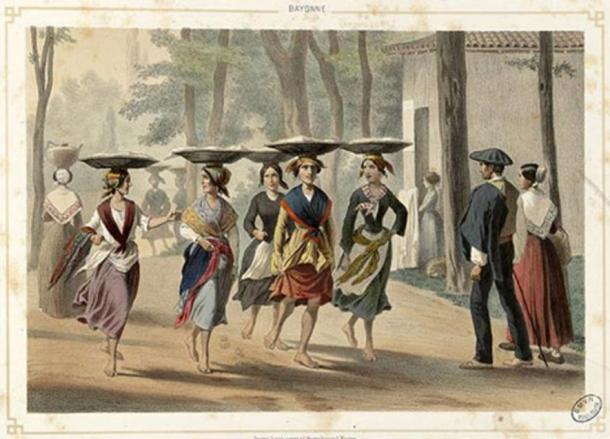 Although it could still be that there is a common, unique ancestral lineage connecting populations with high prevalence of Rh-Negative blood, the fact that the populations where the gene occurs in high prevalence appear otherwise unrelated to each other makes it less likely and in need of more evidence.

Could Rh-Negative Blood Come from Extraterrestrials?

The extraterrestrial explanation is even more problematic because the Rh-Negative gene is clearly a variation of an otherwise completely human gene. Unless it was specifically engineered by extraterrestrials from a pre-existing human gene, it is unlikely that it comes from anything other than  Homo Sapiens .

The other problem with the Rh-Negative blood type being the result of hybridization with extraterrestrials is that extraterrestrials are likely to have a completely different biology and genome than human beings. Their genome might not even be based on DNA – but something else such as RNA, or some exotic form of genetic storage that never evolved on Earth. This would make any viable hybrids very improbable if not impossible. As the astronomer Carl Sagan would have put it, it would be easier to make a human-tulip hybrid, than a human-extraterrestrial hybrid. 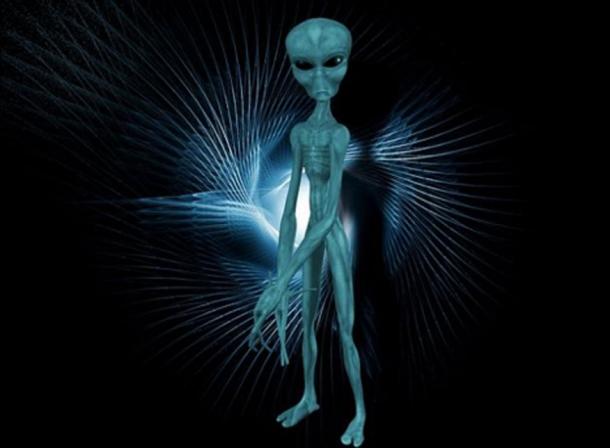 An artist’s representation of an extraterrestrial. ( Public Domain )

The unlikelihood and uncertainty of the other options make the explanation that the Rh-Negative blood type is just a mutation that became common in some populations due to a selective advantage the most likely option. It is also the one that most easily survives the application of Occam’s Razor. If this blood type was because of another human species, let alone extraterrestrials, many more unnecessary assumptions that are difficult to verify have to be made. As a result, the evidence currently points toward little more than an ordinary mutation as the cause of the Rh-Negative blood phenotype.