We need to balance the masculine and feminine energies in our society.

Why We Need Feminine Energy in the World

It is time to recognize that the hunting era has passed.

This should be a more feminine time, a time when women make great contributions to society.

If we continue to devalue what women have to offer, we will continue neglecting and devaluing those virtues which are considered feminine. And these are precisely the virtues that the world most needs now. – 17th Karmapa Ugyen Thinley Dorje
The loss of the feminine energy is a serious problem in our society. The society we live in today is shaped by masculine aspects that impose a patriarchal culture based on race, power games, rationalism and success built through strength.

Given this situation, it is easy to see how the female role is essential in the psychological development of a human being, regardless of their sex.

The female energy is crucial to the balance and awareness of the collective, and to the growth and the transcendence of the individual. The retrieval of the sacred feminine energy is something essential for both women and men.

The loss of feminine energy is a serious problem for men. The absence or repression of the feminine aspects in a man reduces his emotional depth and is a source of discontent, loneliness, and a feeling of meaninglessness.

Losing touch with feminine aspects is also, of course, a serious problem for women. This affects their natural way of being and the search for their identity. 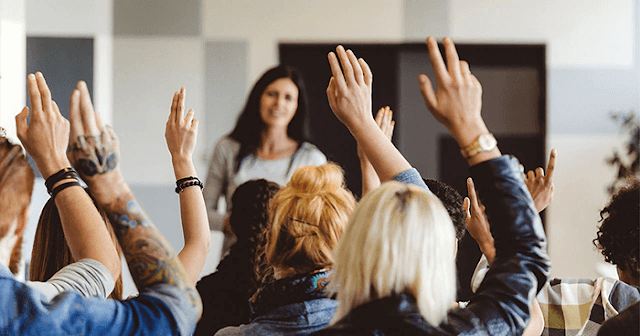 The feminine aspect brings growth for the individual and society as a whole.

Nancy Qualls-Corbett, in her work The Sacred Prostitute: The Eternal Feminine Face, speaks of the benefits for women in recognizing the presence of the triple goddess in the female psyche:

A woman who knows the moon goddess becomes aware of their own lunar phases. She is aware of the cyclical rhythms of her body, and behaves according to the ebb and flow of energy and to the moods that are constantly changing. It recognizes and admits its own lunar nature.

Maiden, Mother and Crone are part of the cycle of birth, life and death and represent the forces of creation, maintenance and destruction, which therefore represent the cycle of life and nature. This cycle is present in all human experiences, and especially in the psyche of women. The goddess, in the history of mankind, has left an everlasting mark in the human psyche and, even if she is not religiously worshiped, she is still an indelible and a strong archetypal presence. 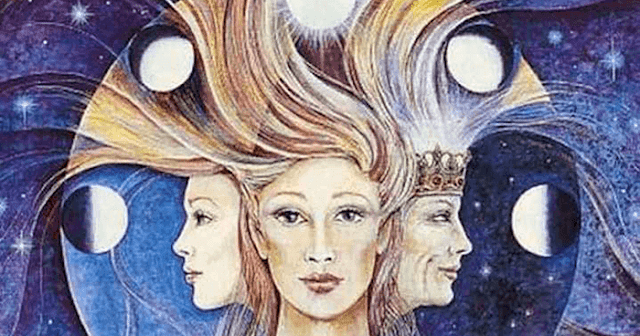 The Maiden, Mother and Crone represent the cycle of life in all human experience.

The Rise and Fall of the Goddess

With the advent of patriarchal religion and the consequent loss of reverence for the goddess, the conscious development of women was significantly blocked. Slowly she began to worship gods made by men; the values of the men became their values; the attitudes of men to justify the subordination of women have become their values. The loss of the relationship with the goddess led to the adoption of masculine characteristics. Femininity was occupied by feminism, and, the pursuit of equal rights distorted to a match with the male nature. 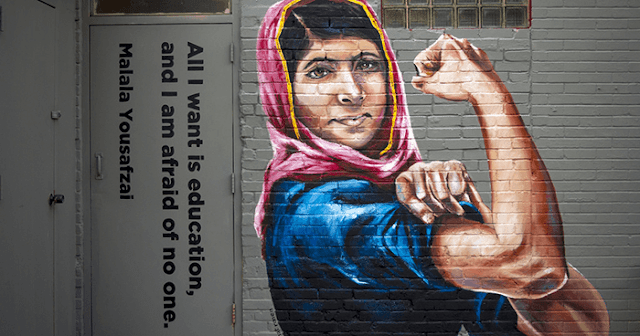 Women like Nobel Prize laureate Malala Yousafzai are leading change in the world.

Nancy Qualls-Corbett in the same work:

To restore the image of the goddess seems to be a herculean task because patriarchy is not willing to share its power. Still, the past decades have seen significant changes. The lifting efforts of the feminist movement brought the awareness to the battlefront of the need for equality between women and men. The attributes of women have been included in other roles than that of wife and mother.

Today we live in a phallic world and the dominant images are of wealth, power and technology. These present themselves as gods to be worshipped, instead of love, beauty, sexual ecstasy, and numinous experiences. The real cure for this phallic world is the retrieval of the sacred feminine and the transformation of the inner world of the human being. 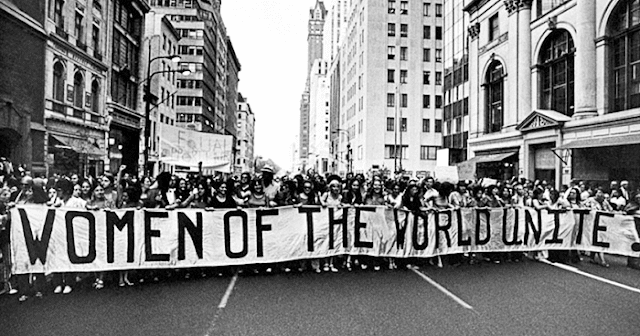 The women’s rights movement was a start for the retrieval of the sacred feminine.

The Modern Connection with Buddhism

Along with this phenomenon, there happens to be also a greater inclusion of women in society. The presence of women is very welcome, it’s a breath of fresh air and expands perspectives. There is a strong female presence in Western Buddhism, with a high percentage of both teachers and students being women.

The female presence should aid in the active construction of society, and the manifestation of qualities such as compassion, care, protection, and love. Although these qualities are not restricted to the female gender, having a stronger female presence in society can help build a more just and equitable world. 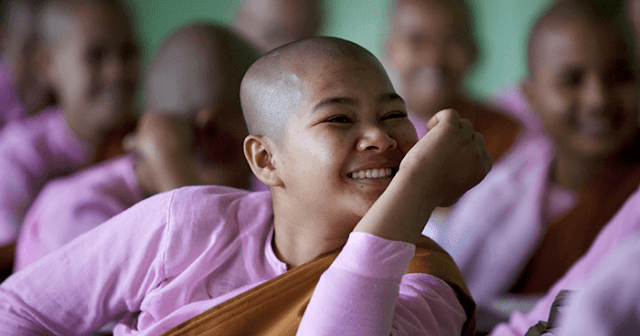 Buddhism encompasses the values of compassion, care, protection and love.

I hope that the teachings of Shakyamuni Buddha can be fully clarified and used in our lives without gender distinctions – we should all be respected and honoured, regardless of gender, ethnicity, age, or skin colour.

It is time to create a world without discrimination, and develop peaceful and harmonious societies. And for this to happen, a new paradigm must support the appreciation of the feminine principle.