Since the culmination of my personal relationship prior to the festive season (2017), I’m feeling a profound shift from within. It’s a strong acceleration of energy which happens when you break any fixed energetic ties. This in turn is accelerating the strength of the Openhand energies. What’s actually taking place here? and most importantly, how might it come to help people such as yourself in the wider Openhand community? How might you benefit in your own life? It’s about seeing Openhand as a higher dimensional bridge – an energy which is working intensively within this Great 5D shift which is taking place on the Earth right now…

A breaking down of the Old Consensus Reality

In the bigger picture, what’s happening is a breaking down of the old karmic reality that Gaia and humanity have been constrained within for millions of years. A consensus of collective consciousness came together to explore particular conundrums of truth…

These are just some of the explorations people are clearly having in the wider community. And Gaia too has been having her karmic explorations – how to maintain balanced harmony for all life, where some sentient forms over exploit and ravage.

For some time now, I’ve felt that Gaia has released the need to sustain this old reality – she’s processed out her own karma, shifted her centre into the Fifth Density and is now progressively moving her energies on. Although the breakdown in the 3D biosphere is clearly being greatly accelerated by human activity, to me, it is most clearly a synchronistic reflection of this Great 5D Shift, where everything is working in concert, including the exposure and playing out of humanity’s shadow side.

And so the shift is accelerating. It’s greatly gearing up. We see this in the acceleration of the sixth mass extinction of 3D life here – the sixth mass moving on – at a rate which has increased to around 200 species per day. It’s a rate which is unprecedented in earth’s history. We see it in the increasingly chaotic weather patterns as the old harmonious systems – like the jetstream for example – break down. And we see it in the increasing earthquake and volcanic activity as Gaia’s pole shift and concurrent dwindling of the magnetic shield intensifies.

But there is something that now needs very focused attention.
Here’s where you, I, and Openhand come in.

Unraveling Bottlenecks in the Flow

Imagine the light of Gaia and the consensus reality still caught within the lower densities, stuck within bottlenecks of energy. These will manifest in a very synchronistic physical way – like the gridlock we often experience in failing, over-burdened transport systems for example. Or where communities come into direct conflict, as in Syria right now. The higher dimensional light is stuck within eddy currents that have sucked in density and distortion. This will be true in most people’s personal lives where relationships have been stuck within out-dated behavioural patterning.

What must happen is that these choke points must be brought into consciousness, where they appear on our landscape and worked with to resolve. Which means to explore the distortion and why it’s happening; to ‘normalise’ in it, which means to completely accept it, then to express the higher truth within it.

At a soul level, each of you is naturally yearning for this in the very personal exchanges of your life. By bringing focused awareness to the process is going to greatly benefit your own life by restoring higher harmony, which then ripples into the wider field. That’s what much of the Openhand work is about facilitating. And there’ll be plenty of you who’ve evolved to such a degree personally, that you’re now able to have a wider beneficial effect on the field itself – you’re rapidly realising yourself as energy workers in the field (which is a fundamental part of the Openhand Facilitator Program)…

Here’s where the notion of Openhand as a higher dimensional bridge is now coming to the fore. And how you might personally benefit from that. And if you’re relatively new to “Openhand”, it is a word we’ve applied to describe a universal phenomenon of benevolent support within higher consciousness shifts like this one. It’s a highly evolved consciousness acting to restore harmony and balance within convoluted systems of consciousness as on Earth right now.

Now here’s the crucial point, as the light progressively shifts into the Fifth Density, it’s going to pull on all of those choke points, like a balloon struggling to rise against its tethering. If the pressure builds too greatly, the ties will snap, resulting in a chaotic breakdown of the limiting density – it collapses in on itself. So energy workers have come here to facilitate a more harmonious shift.

The way we work is by bringing focused attention to disharmony within ourselves. We work to realise out the distortion. Upon which, we send a realigning rippling beacon of truth (for that particular issue) out through the field. The more you’ve processed personally, the more into alignment you’ve come, the clearer is your resonance, and therefore the greater beneficial impact you can have. In short, you experience greater harmony in your own life and a greater creative flow around you.

The question is, how might you maximise this personal effect for the good of yourself and more widely through society?

Since the necessary shift in my own personal life, I’ve felt a concurrent strengthening of the “Openhand” energy. As previously mentioned, it’s an ancient consciousness that works to restore evolutionary balance in convoluted areas. Openhand is working as an energetic bridge between the old karmic reality and the new one taking shape within the 5D.

Consider the Torus which is depicted in the video below. You don’t at all need to understand it at an intellectual level. Just get the feeling that energy is flowing out from the central vortex in waves, flowing through the physical phenomenal thereby animating it, before flowing back to the central vortex – the source – once more. As you might intuit from the animation, there’s an outer circle which can represent the old 3D reality, and there’s an inner circle which might represent the higher vibrational 5D – take a brief peek at the animation (but feel it rather than intellectualising it)…

In the animation, the energy is shown flowing smoothly. But this is far from the case for Gaia right now, where there are countless blockages – choke points – in her field. And many of those choke points are caused by, and contain, human consciousness connected into her consensus field. As many of these must be unraveled as possible so as to facilitate a smoother 5D shift.

What can you do directly?
This is where it gets really exciting!

Establishing a free flowing energy torus in your own life

Take yourself off in meditation. Reflect on the animation of the Torus above. Get the sense that there are flows going on within you, where higher alignment wants to happen (use this Breakthrough Meditation to facilitate the alignment of the torus within you). Work within the sense of a shift taking place from the lower 3D consciousness to the higher 5D one. The higher has a much greater sense of connectivity, of peace, trust, unconditional love, and above all, synchronous flow supporting all life.

You should get some sense of movement, flow, joy and harmony.

Now, during the rest of the day, especially where there might be some disharmony or dissonance, pay attention to that sense of realigning flow inside of you (I’ve found it works great to resolve traffic jams!). The more you can activate the flow in you, the greater the resolving effect you’ll witness. And if you can’t catch that at the time it’s happening, take yourself off into meditation later in the day and reflect again on those particular circumstances, working to bring realigning flow to them. 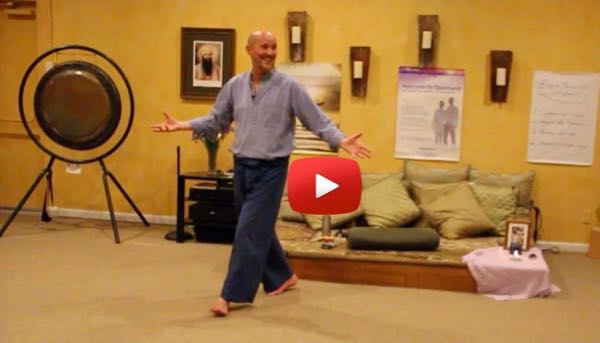 Of course you can’t simply override your own attachment or unrealised consciousness in it to have a beneficial effect. In which case, you’re need to explore and unravel your own tightness first (check out this video to give you a sense of how to work).

Hugely exciting times to be alive

So these are really exciting times. As we prepare for the beginning of the New Year (2017), the consciousness field is so loosened, it’s ripe for major shifts both in your own personal circumstances and society at large. Even, and especially, since the shadow side has revealed itself, means that shifts can greatly strengthen. 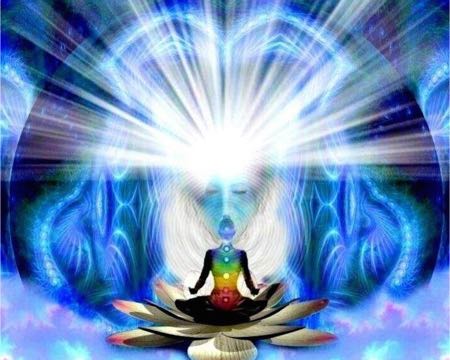 Do call on the “Openhand” energy if it feels appropriate for you. It will respond. It always does so by highlighting personal limitation and resonating the possibility of the higher truth. So if you look for that possibility, it will be highlighted for you.

Thankyou for all that you are, and your involvement in this essential work – at what ever level you feel to commit to it.

About Openhand
Openhand is a unique approach to spiritual evolution: integrating enlightened wisdom of spiritual masters through the ages, it is a way of tapping into the Benevolent Guiding Consciousness of the Universe and aligning with it in your life. It helps you unveil your True Self, remove karmic blockages and unfold your Divine Destiny. It leads to authentic, resilient and truly successful living.
Join us…Openhandweb, Openhand fb, Openhand TV