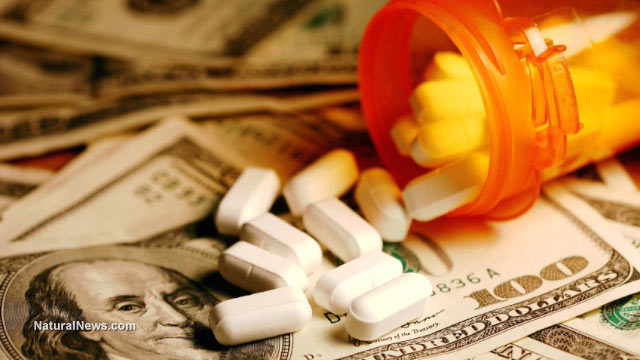 The U.S. Drug Enforcement Agency (DEA) is constantly finding ways to bypass state laws that sanction medical marijuana and harass providers who are operating under those state laws. They are overt and obvious with their application of federal laws.

The Drug Enforcement Administration (DEA), which operates under the U.S. Department of Justice (DOJ), still classifies marijuana as a Schedule 1 drug, a rating that classifies it medicinally useless, dangerous, and addictive. Strangely, the pharmaceutical drugs that are the most dangerous and addictive are Big Pharma’s expensive and toxic opiate based pain killers.

Big Pharma produced opiates have official medical merit as Food and Drug Administration (FDA) approved pain killers. Most of them are Schedule II and III on the DEA list. But, if doctor prescribed, they’re okay. Fake prescriptions or multiple prescriptions are methods of choice used by addicts to obtain oxycodone pain killers such as OxyContin.

One such addict was former Rhode Island Representative Patrick Kennedy, son of the late Senator Ted Kennedy. His career ending episode in 2006 of crashing into a Capitol Hill barricade while under the influence of OxyContin led to discovering his history of prescription drug abuse.

After rehab he became an anti-marijuana crusader, even though his problem centered on addiction to pharmaceutical drugs. A key speaker at an early 2014 Community Anti-Drug Coalition of America (CADCA) rally, he urged the 2,000 people present to spread the word of marijuana’s evils.

“Let me tell you, there is nothing more inconsistent with trying to improve mental health and reduce substance-abuse disorders in this country than to legalize a third drug,” bellowed Kennedy. Purdue Pharma, maker of OxyContin, was a major sponsor for this CADCA event.

Big Pharma’s actions have not been as obvious as the DEA’s. Groups that are against loosening cannabis restrictions, media articles warning of marijuana’s dangers, and anti-marijuana legalization politicians are benefiting from Big Pharma’s financial support.

Another public relations strategy mega-corporations use to gain public trust and political clout is through front groups. These are organized to appear as grass roots organizations with a specific cause. Whether they are contrived or spontaneous, corporations help fund them to do their bidding on the front lines.

The motivating force for funding CADCA, Partnership for Drug-Free Kids and other grass root groups appears to be financially motivated rather than altruistic. Big Pharma’s fear of losing a large percentage of their $11 billion annual opioid sales as more states legalize or decriminalize marijuana for medical and/or recreational use seems to be all the reason they need.

Sources for this article include:

Take My Breath Away – Berlin