An experiment recently completed at the Fermi National Accelerator Laboratory (Fermilab) in suburban Chicago has produced strong data suggesting that a new force of nature may have been discovered. If this result is ultimately confirmed, it would require a revision of the Standard Model of particle physics, which currently posits the existence of only four laws that govern interactions at the subatomic level: electromagnetism, gravity, the weak nuclear force, and the strong nuclear force. The apparently new force of nature discovered in the Fermilab and CERN’s Large Hadron Collider is creating enormous buzz in the world of quantum physics.

Evidence Builds for a Fifth Force

The anomalous findings recently reported by the Fermilab are consistent with experimental results achieved at other high-energy physics research facilities. Just last month, physicists working at CERN’s Large Hadron Collider, the world’s most powerful particle accelerator, claimed to have found evidence of a fifth force at work in nature and their results match those achieved at the Fermilab in vitally important ways.

Dr. Maggie Aderin-Pocock, the co-presenter of the BBC science program Sky at Night, called the announcement from the Fermilab “quite mind-boggling.”

“It has the potential to turn physics on its head,” Aderin-Pocock added. “We have a number of these mysteries that remain unsolved. And this could give us the key answers to solve these mysteries.” 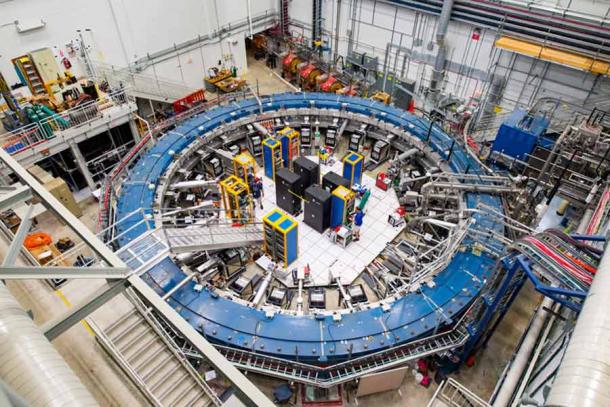 The first results from the Muon g-2 experiment at the Fermilab have confirmed the discovery of a new force of nature. This impressive experiment operates at negative 450 degrees Fahrenheit and studies the precession (or wobble) of muons as they travel through the magnetic field. (Reidar Hahn / Fermilab)

The experiment that returned the potentially paradigm-shattering results and the idea of a new force of nature involved subatomic particles known as muons.

A muon is a negatively charged particle with a similar profile to an electron (both are classified as leptons). But the mass of the muon is 200 times greater than that of its ethereal cousin the electron. In nature, muons are produced by high-energy interactions involving particles of matter, including those that occur when molecules in the Earth’s upper atmosphere are bombarded by cosmic rays .

Since they can also be reliably created inside powerful particle accelerators , muons make ideal experimental “subjects” for physicists studying the nature of reality and those looking for new forces of nature. Quite often, high-energy physics projects are designed to search for or produce anomalies, which then require alterations or addendums to known scientific laws or principles.

In the Fermilab Muon-2 experiment, muons were accelerated around a 45-foot (14-meter) ring, before being passed through a magnetic field. Muons traveling through such a field should wobble at a certain rate, in accordance with predictions derived from conventional four-force interactions (calculated with the effects of electromagnetism, gravity, the weak nuclear force, and the strong nuclear force.) But the muon experiment suggests a fifth force of nature.

To the surprise and delight of the Fermilab physicists, measurements of the muons in this experiment showed they were wobbling more rapidly than expected. This means some other force of nature must have been at work that impacted muon wobble rates. Therefore, in this experimental environment, a new and previously undetected force of nature would be the most logical way of explaining the muon wobble inconsistency.

According to current calculations, there is a one in 40,000 chance that this result could be a statistical fluke. While this may sound impressive, scientists are conservative with respect to such matters, and the custom is to not to categorize a new finding as a true discovery until the chance of a coincidence can be reduced to just one in 3.5 million.

More data is required to reach a definitive conclusion. But one knowledgeable source is brimming with optimism. “My Spidey sense is tingling and telling me that this is going to be real,” exclaimed Ben Allanach, a professor of theoretical physics at Cambridge University who was not directly involved in the experiment. “I have been looking all my career for forces and particles beyond what we know already, and this is it. This is the moment that I have been waiting for and I’m not getting a lot of sleep because I’m too excited.” 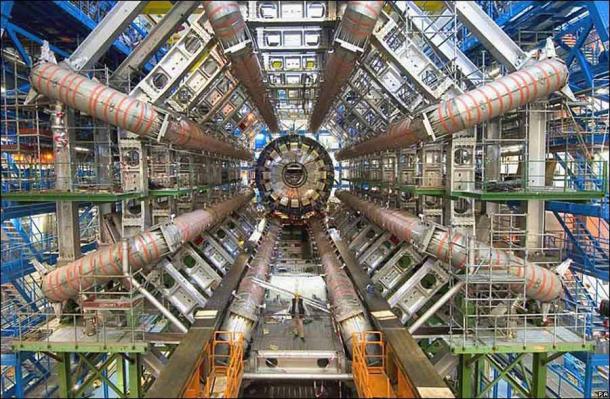 It was only recently that CERN’s Large Hadron Collider produced its own muon wobbling results, which were the same as those measured by the Fermilab. ( CC BY 2.0 )

It was less than three weeks ago that physicists assigned to CERN’s Large Hadron Collider issued their own announcement asserting the possible existence of a fifth subatomic force, which was also influenced by the results of an experiment that involved muons.

In this instance, it was unexplainable inconsistencies in quark decay rates that generated excitement. Quarks are the fundamental building blocks that comprise particles like protons and neutrons, and in certain circumstances they can decay into negatively-charged leptons (electrons and muons).

Under the Standard Model of quantum physics, all quarks that undergo this type of decay should produce equal numbers of electrons and muons. But a new quark discovered by CERN scientists in 2014, known as the beauty quark, seemed to be producing less muons than expected when being monitored.

In 2019, CERN scientists working at the Large Hadron Collider developed experimental protocols that could prove definitively whether or not this anomaly was real. After more than a year of pouring over the results, the scientists finally presented their results to the public last month.

Confirming their initial discovery, they found that beauty quarks in decay were producing more electrons than muons at a rate of 100-to-85. This diversion from Standard Model predictions cannot be explained under the known laws of physics, leading the CERN experts to conclude that another unknown force of nature was altering beauty quark behavior.

“This force would be extremely weak, which is why we haven’t seen any signs of it until now, and would interact with electrons and muons differently,” scientists involved in the experiment told interviewers from the podcast The Conversation Weekly .

The CERN researchers believe that a theoretical fundamental particle called “Z prime” might be responsible for the results they measured. This ghostly entity would be responsible for transmitting the new force between more conventional particles of matter, in previously undetected and unexpected ways. 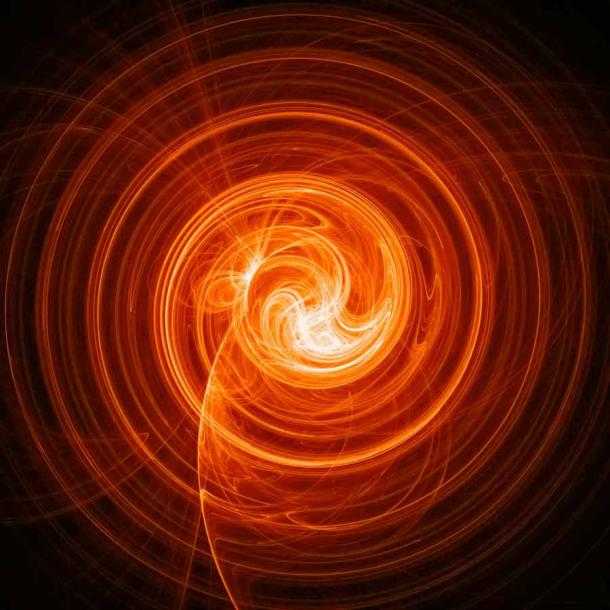 The Race is On and Science May Never Be the Same

With revolutionary changes in our understanding of physics on the horizon, experimenters at high-energy laboratories around the globe will be seeking to get in on the action.

“The race is really on now to try and get one of these experiments to really get the proof that this really is something new,” said Dr. Mitesh Patel, an Imperial College of London physicist who was involved in the Large Hadron Collider experiment. “That will take more data and more measurements and hopefully show evidence that these effects are real.”

While significant work still needs to be done, it likely won’t take long for the relevant research to begin, in multiple locations. If indeed the laws of physics are about to change, that change may occur in the very near future.

Top image: The force of nature can be brilliant as it is here when high-energy collisions between atomic and subatomic particles produce light and energy.                         Source: Peter Jurik / Adobe Stock

Deciphering the Deities of Hinduism