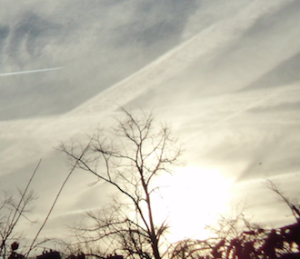 Trees are a miraculous organism, a primary pillar in the web of life on our once thriving planet. They perform countless essential functions including sequestering carbon from the atmosphere and releasing oxygen. Not only have we already lost over 3 trillion trees during the anthropocene era (the age of man), the trees that remain are dying at blinding speed. No mainstream article dares to mention the climate engineering factor in regard to the catastrophic tree die-off even though this factor is mathematically the greatest and most destructive of all to the trees. The article below should be a shocking call to action. Climate engineering must be exposed and stopped before there is nothing left to salvage, make your voice heard.
Dane Wigington
geoengineeringwatch.org

The planet of the trees has given way to the planet of the apes. The Earth has lost more than half of its trees since humans first learned how to wield the axe, scientists have found.

A remarkable study has calculated that there are about 3 trillion trees on the planet today but this represents just 45 per cent of the total number of trees that had existed before the rise of humans.

Using a combination of satellite images, data from forestry researchers on the ground and supercomputer number-crunching, scientists have for the first time been able to accurately estimate the quantity of trees growing on all continents except Antarctica.

Previous guesses at the global number of trees were in the range of 400 billion, or about 61 trees for every person on Earth. However, the latest, more accurate study, based on 400,000 estimates of tree densities around the world, puts the total at 3.04 trillion, or roughly 422 trees per person.

However, although the actual number of trees may be about eight times higher than previously thought, the scientists warned that we are cutting them down at the rate of about 15 billion a year, with the highest losses in the tropics where some of the oldest and biggest trees live. 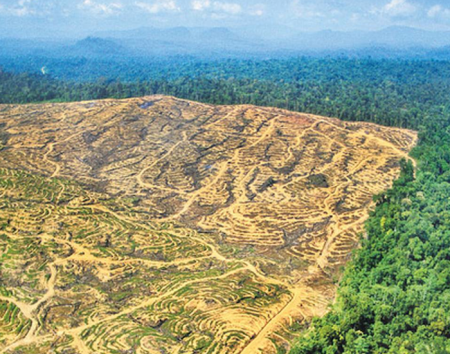 An area that has been cleared of rainforest to make way for a palm oil plantation in Sabah, Malaysia.

The scientists calculate that there are 1.39 trillion trees growing in tropical and sub-tropical forests, about 0.61 trillion in temperate regions such as the US and Europe and 0.74 trillion in the boreal forests in the higher, more northerly latitudes of Canada and Siberia. 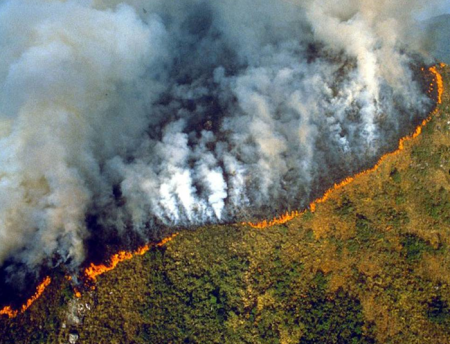 Mapping trees globally will help us to understand the critical role they play as part of Earth’s life-support system, explained Thomas Crowther of Yale University in New Haven, Connecticut, the lead author of the study published in the journal Nature.

“Trees are among the most prominent and critical organisms on Earth, yet we are only recently beginning to comprehend their global extent and distribution,” Dr Crowther said.

“They store huge amounts of carbon, are essential for the cycling of nutrients, for water and air quality, and for countless human services. Yet you ask people to estimate, within an order of magnitude, how many trees there are and they don’t know where to begin,” he said.

“I don’t know what I would have guessed, but I was certainly surprised to find that we were talking about trillions,” he added.

The researchers collated data on tree densities using satellite images as well as information from field scientists around the world and were able to make assessments on how tree numbers were affected by factors such as climate, topography, soil and human impacts.

“The diverse array of data available today allowed us to build predictive models to estimate the number of trees at regional levels,” said Henry Glick of Yale, one of the study’s co-authors.

The greatest tree density was found in the cold, boreal forests of Russia, Scandinavia and North America, but this was because the trees here tend to be younger and more stunted than those that grow in the tropical rainforests.

The largest forests, however, are those that grow in tropical regions, such as the Amazon, which are home to about 43 per cent of the world’s trees – boreal regions account for 24 per cent and temperate forests are home to 22 per cent.

An area of the Amazon devastated by deforestation, in northern Brazil (Getty)

The collaborative effort, which was the result of work by nearly 40 researchers from 15 countries, documented the effects of deforestation and changes in land-use – such as the conversion of pristine forest to agricultural land – on tree cover over many years.

They found that as the human population increased, then the number of trees fell, which is what happened in Europe over the past few thousand years as a result of human development.

“We’ve nearly halved the number of trees on the planet, and we’ve seen the impacts on climate and human health as a result. This study highlights how much more effort is needed if we are to restore healthy forests worldwide,” Dr Crowther said.

Simon Lewis, a researcher in global change science at University College London, said the study is the first to come up with an accurate, global estimate for the number of living trees, but he emphasised that this is not the only important part of an ecosystem.

“A plantation forest of many small trees all of the same type isn’t better than a patch of pristine Amazon rainforest with fewer very large trees of all different species,” Dr Lewis said.

“Similarly, measuring carbon storage in forests required different techniques than counting trees, as most carbon in a forest is held in a small number of large trees, not the many small trees,” he said.

“However, global overviews do allow us to see important new aspects of Earth, as the study shows that humans have removed 46 per cent of Earth’s trees, an important statistic showing the heavy influence of human activity on all ecosystems,” he added.