Have you ever seen Star Trek? If so, you must be familiar with characters being ‘beamed’ from one spacecraft to another, or to a planet. While Star Trek is fictional, there are some concepts presented that make sense from a scientific point of view. Some advanced technology shown in the series has already been created and ideas such as warp drive’ are in the works. It makes you wonder, could teleportation be next?

Teleportation involves materializing a material object, converting it to energy, then re-materializing that same object in another location. The idea is a combination of telecommunications and transportation. If you think such a thing is possible, you’re not alone. Scientists have been trying to make the concept a reality for about a decade and a half. Back in 1993,  an international group  of six scientists affirmed that perfect teleportation as a principle is possible. In fact, teleportation has already been achieved with photons, light fields, nuclear spins, and trapped ions. 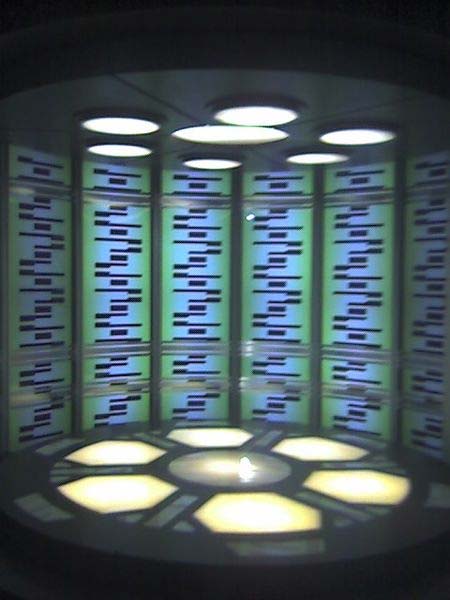 A “transporter” from the fictional universe of Star Trek . (Konrad Summers/ CC BY SA 2.0 )

Ten years later, in 2013,  scientists at the Swiss Federal Institute of Technology  (ETH) came another step closer to the lofty goal by building a quantum computer – it was made by teleporting information across a computer chip.

While that’s nowhere close to being able to beam a human across the planet, it is an advancement. Why? Because quantum teleportation is believed to be the only way teleportation could happen as it allows an atom or photon to be transmitted in the exact same form from one place to another.

The scientists used the  entanglement property of quantum physics  to repeatedly teleport information. This is where two particles form a connection where any interaction with one particle affects the other – even if they are separated by vast distances.

Furthermore, in July 2017, scientists had a major breakthrough when they took quantum teleportation out of the lab, by  sending a photon into space .

Some ancient texts  have also described deities having the ability to teleport with different devices. Even though these stories are often brushed off as myth or legend, it is worth remembering that many so-called myths have been proven to hold truths. Perhaps there was some ancient advanced race who held the technology we’re still striving for. If it was possible for them, who’s to say we cannot reach the same goal?

Top Image: A representation of what human teleportation could look like. Source:  CC0