President Obama met with executives at a roundtable at the White House on Monday, as part of his efforts to enlist corporate America in the push for an international climate change agreement.

White House officials said 81 companies have signed on to the American Business Act on Climate pledge, an addition of 68 since the White House unveiled the pledge in June.

“The perception is that this is an environmental issue, it’s for tree huggers, and hardheaded business people either don’t care about it, or see it as a conflict with their bottom lines,” Obama said. 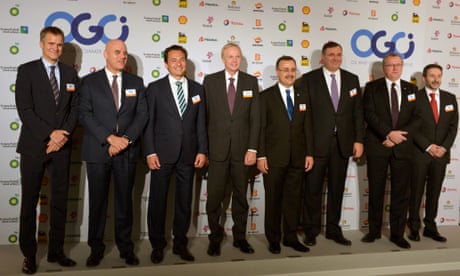 “Considerations of climate change, energy efficiency, renewable energies are not only not contradictory to their bottom lines, but for these companies they are discovering that they can enhance their bottom lines.”

By signing on, the companies promise to advocate for a strong climate deal ahead of final negotiations in Paris next month. They also agree to take steps to reduce their own carbon emissions.

The White House said companies that signed the deal include Intel, Coca-Cola, Monsanto, Google and Walmart.

“Our pledge is a combination of both actions that are continuing, and new steps,” he said.

“It has caused us to step back and take a look at the steps we are taking and say maybe we should be doing more.”

Give me control of a nation’s money and I care not who makes the laws.