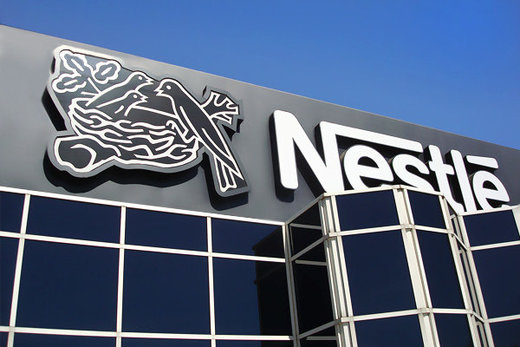 One of the most infuriating aspects of the Flint water crisis is that residents are not only still being charged for their poisoned water, but they’re being charged higher rates than almost anywhere in the country.

Residents continue to pay $864 a year for water that is making them sick, more than double what most Americans pay for water service. Flint’s water service charges total 7 percent of the average household income, compared to the United Nations recommendation of 3 percent. 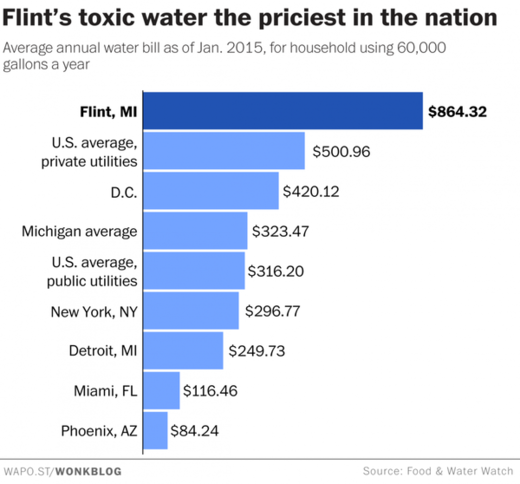 “They’ve been using that money improperly for years to fund the general operations of the city,” said Valdemar L. Washington, who’s been fighting the excessive increases in court since 2012. “The city’s sewer fund had a balance of $36 million in 2006 but was running a $23-million deficit by 2012.”

Meanwhile, less than two hundred miles away, multi-billion dollar corporation Nestle has been pumping millions of gallons out of Lake Michigan for free. In fact, they receive 13 million dollars in tax breaks to do so.

Despite making over 15 billion dollars in profits in 2014, Michigan government officials don’t charge Nestle per gallon of water, instead taking only a small permitting fee, as Democracy Now explained:

The Nestle bottling plant itself is a hated institution in Mecosta County. As if getting water for free wasn’t enough, the corporation greedily pumped at a rate of 400 gallons a minute, destroying the local environment. Grassroots organization Michigan Citizens for Water Conservation (MCWC) sued Nestle, who bitterly fought the local group for years.

“We wanted to protect our water, and the water was ours, not theirs,” said Peggy Case, President of MCWC. “This lasted for—like I said before, this lasted for eight years. And in that time, with lawyer fees and, you know, all the fees that come with going to court, we spent over $1 million.”

And how did a local activist organization scrounge up the money to fight a corporate giant?

“We scrambled for every penny we could get,” Case said. “We did 50/50 raffles among us, or anybody else we could get into it. We did yard sales. We wrote grants. We had bake sales.”

In a stunning victory, MCWC succeeded in forcing Nestle to reduce their withdrawals from 400 to 200 gallons a minute. But Nestle continues to receive free water and preferential treatment.

And Flint residents continue to be overcharged for water that is not only killing them, but bankrupting them as well.