NASA’s MRO photographs a crashed UFO on the surface of Mars; According to Ufologists

Did the Mars Reconnaissance Orbiter photograph a crashed UFO on Mars?

NASA’s MRO photographs a crashed UFO on the surface of Mars; The Mars Reconnaissance Orbiter has done an incredible job ever since it arrived to Mars. One of the most interesting images taken by the MRO is the one we are displaying below. According to experts, it is believed that the mysterious object crashed on the surface of Mars somewhere between February 2012 and June 2014. NASA experts are still calculating the size of the peculiar object that crashed into the red planet’s Elysium Planitia plain. The object in question has left a very distinct crater rim and ejecta that, according to researchers is much darker and very different from the surrounding terrain. Ufologists believe that we are looking at a classic UFO. 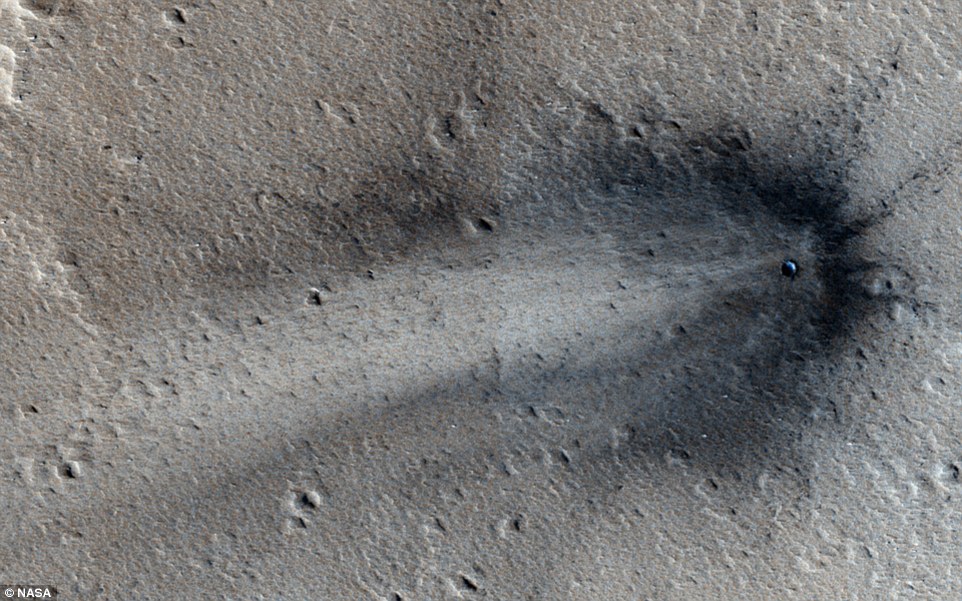 Does this image from NASA’s MRO really show a crashed UFO on the surface of Mars? Notice the mysterious disk-shaped object at the center.

For everyone who is eager to check out the original RAW image, please visit the following link.

According to UFOlogists who have analyzed the image, the “disk-shaped” object that crashed is clearly visible at the center-right of the impact site. Some believe that the metallic-nature of the object is visible as it reflects sunlight.

The HiRISE camera is one of the six instruments that is located onboard the Mars Reconnaissance Orbiter. According to NASA, the camera commonly monitors impacts like these

The image in question is regarded by numerous ufologists and UFO hunters as one of the best pieces of evidence which point toward the existence of extraterrestrial beings in our solar system.

The mysterious disk-shaped object crashed into the region called Elysium Planitia, which is the second largest volcanic region on Mars after Tharsis, and is around 1,050 miles by 1 490 miles (1,700 by 2,400 km) in size.

In the image below, you can see the comparison of the same region of Elysium Planitia but before the object crashed. To view the original image, please visit the following link. 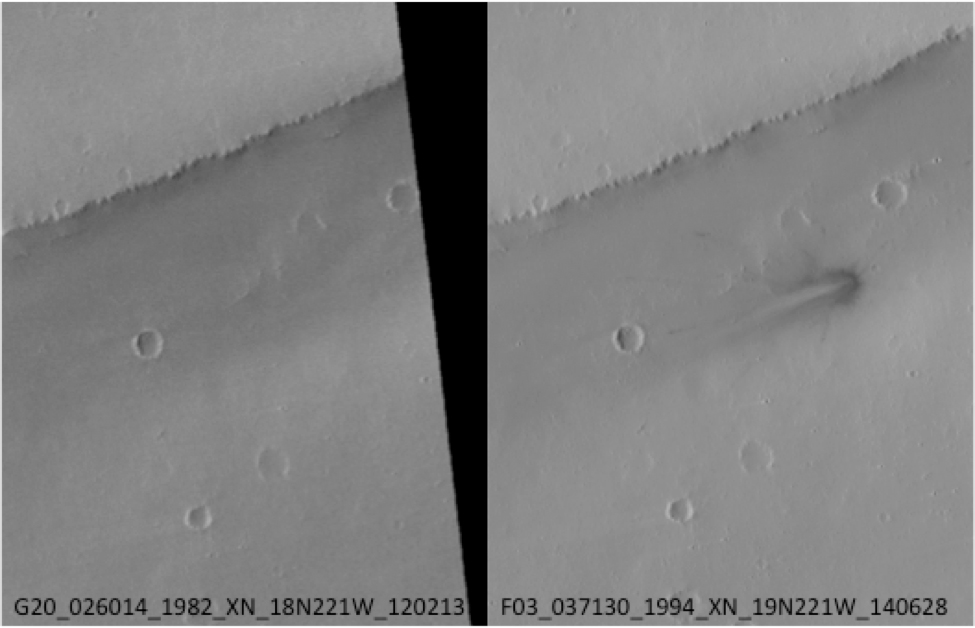 A comparison of the region before and after the disk-shaped object crashed into Mars.

What do you think this one is? Is it just another meteorite that found its way to the surface of the red planet? Or is it possible, as UFOlogists suggest, that we are looking at the remains of a “flying saucer” that crashed on Mars.

Is it possible that we are looking at a Roswell scenario but on the surface of our neighboring planet?