Nammu was the primeval Sumerian mother goddess who gave birth to the gods and created humanity. Despite her extremely important role, much of her story is wrapped in mystery. Some information can be derived by looking at the Babylonian counterpart to Nammu, Tiamat. Because Tiamat is better known in literary sources, researchers can unravel part of the ancient mythology surrounding the goddess Nammu by comparing the two deities.

Although Nammu (also transliterated as Namma) does not appear as a main character in any of the known Sumerian myths, she is referred to briefly in several of them. Much of the information we know about this primeval goddess is derived through these passing references about her. In the myth entitled ‘Enki and Ninmah’, for example, it is mentioned that Nammu was the “primeval mother who gave birth to the senior gods”. 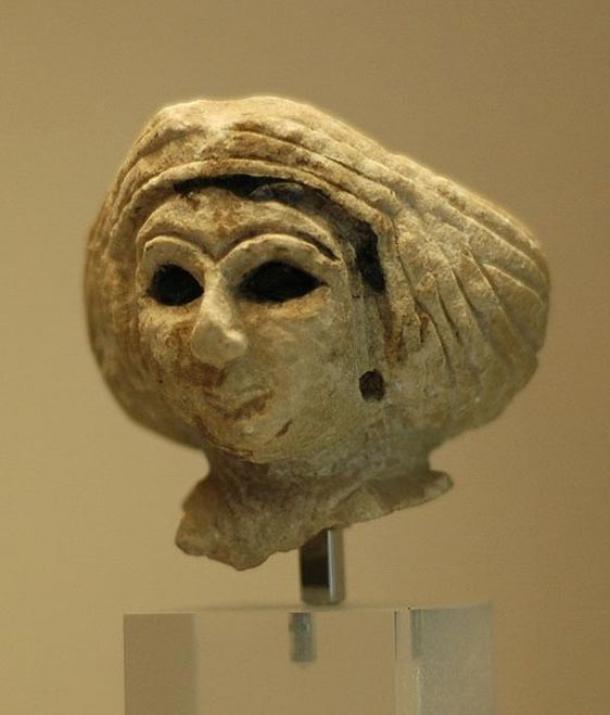 Head of a Mesopotamian woman wearing a turban. ( Public Domain )

It is also in the myth of ‘Enki and Ninmah’ that Nammu is presented as the creator of human beings. The myth begins by describing the way of life the gods were leading prior to the creation of mankind. During that time, the gods had to work, “The gods were digging the canals and piling up the silt in Ḫarali.”

Whilst the senior gods were overseeing the work, it was the minor ones who were doing the hard work. Unhappy with their difficult life, the gods began to complain and to place the blame of Enki, a major Sumerian god. Enki, however, was fast asleep “in the subterranean water, the place the inside of which no other god knows”, and therefore was not aware of the dissatisfaction of the other gods. 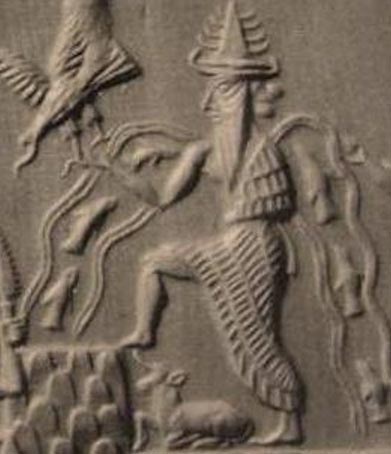 Detail of Enki from the Adda Seal, an ancient Akkadian cylinder seal dating to circa 2300 BC. ( Public Domain )

It was Nammu who gathered the tears of the other gods and brought them to her son, and said “Are you really lying there asleep, and …… not awake? The gods, your creatures, are smashing their ……. My son, wake up from your bed! Please apply the skill deriving from your wisdom and create a substitute (?) for the gods so that they can be freed from their toil!”

This woke the god up, who began to think about the matter mentioned by his mother. Eventually, Enki decided that Nammu should create the beings she had suggested to him, “the creature you planned will really come into existence. Impose on him the work of carrying baskets. You should knead clay from the top of the abzu; the birth-goddesses (?) will nip off the clay and you shall bring the form into existence.” Thus, human beings were created. 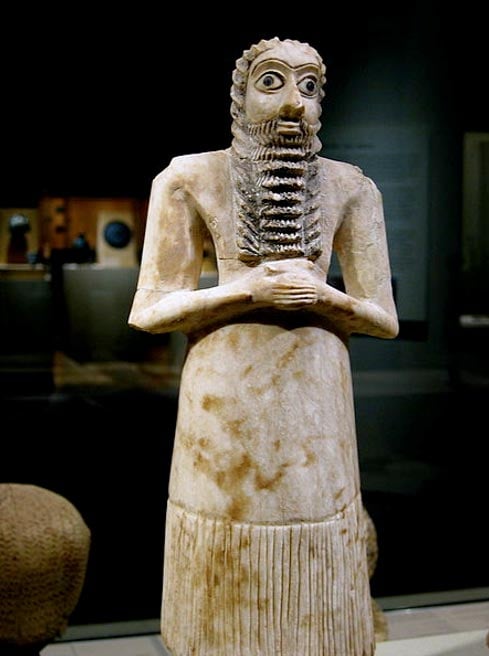 Part of the Pantheon of Eridu

Although there is little evidence at present for a cult dedicated to the worship of Nammu, it is known that she was associated with the pantheon of Eridu. It has been speculated that before Enki became the patron god of Eridu, it was Nammu who was the city’s patroness. 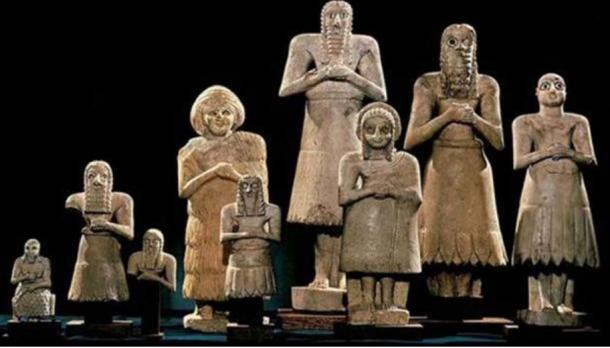 Although her importance as a goddess diminished over time, she continued to be held in high regard by the ancient Mesopotamians. As an example, the founder of the Sumerian Third Dynasty of Ur, Ur-Nammu, was named after her.

Nammu’s Babylonian counterpart was the goddess Tiamat. The latter is best-known for her appearance in the Enuma Elish, the Babylonian epic of creation. Like Nammu, Tiamat is the mother of the first generation of gods. Unlike Nammu, however, Tiamat comes into conflict with the gods she had created.

Her lover, Apsu, was slain by them, and she waged war against her children to avenge his death. The gods, however, prevail, and Tiamat is slain by the god Marduk. Tiamat’s corpse was then used to create the world. 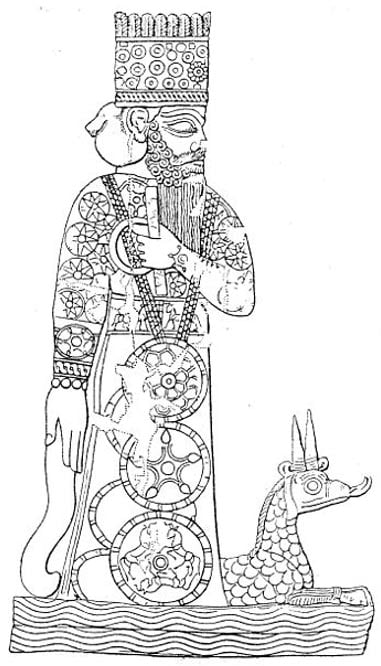 Marduk and his dragon Mušḫuššu, from a Babylonian cylinder seal. ( Public Domain )

Top Image: Upper part of a gypsum statue of a Sumerian woman. The hands are folds in worship. The eyes would have been inlaid. A sheepskin garment is wrapped on the left shoulder. Early Dynastic Period, c. 2400 BCE. From Mesopotamia, modern-day Iraq. The British Museum, London. Source: Osama Shukir Muhammed Amin/ CC BY SA 4.0