THESE heartbreaking images show the moment 50 dead whales were found washed up on a beach in Iceland.

The majestic pilot whales were spotted on the shore at Longufjorur, on Thursday, by a plane flying overhead.

Pilot David Schwarzhans said he and his passengers counted the whales as they were flying.

“There might  have been more,” he said, “some were already buried in sand.”

Officials believe the whales died as a result of dehydration.

It is not completely understood why pilot whales become stranded in large numbers.

Pilot whales are members of the dolphin family that can grow up to 20 feet (6 meters) long and weigh as much as 3 tons (2.7 metric tons).

They are often involved in mass strandings because of their social nature, according to the American Cetacean Society.

They swim in really tight groups, but experts have said the mammals become confused, when they enter shallow waters.

It comes after 28 whales were found dead on an isolated shore in New Zealand.

Four pilot whales had clung to life before wildlife experts were flown in by helicopter the following day to assess the mammals. 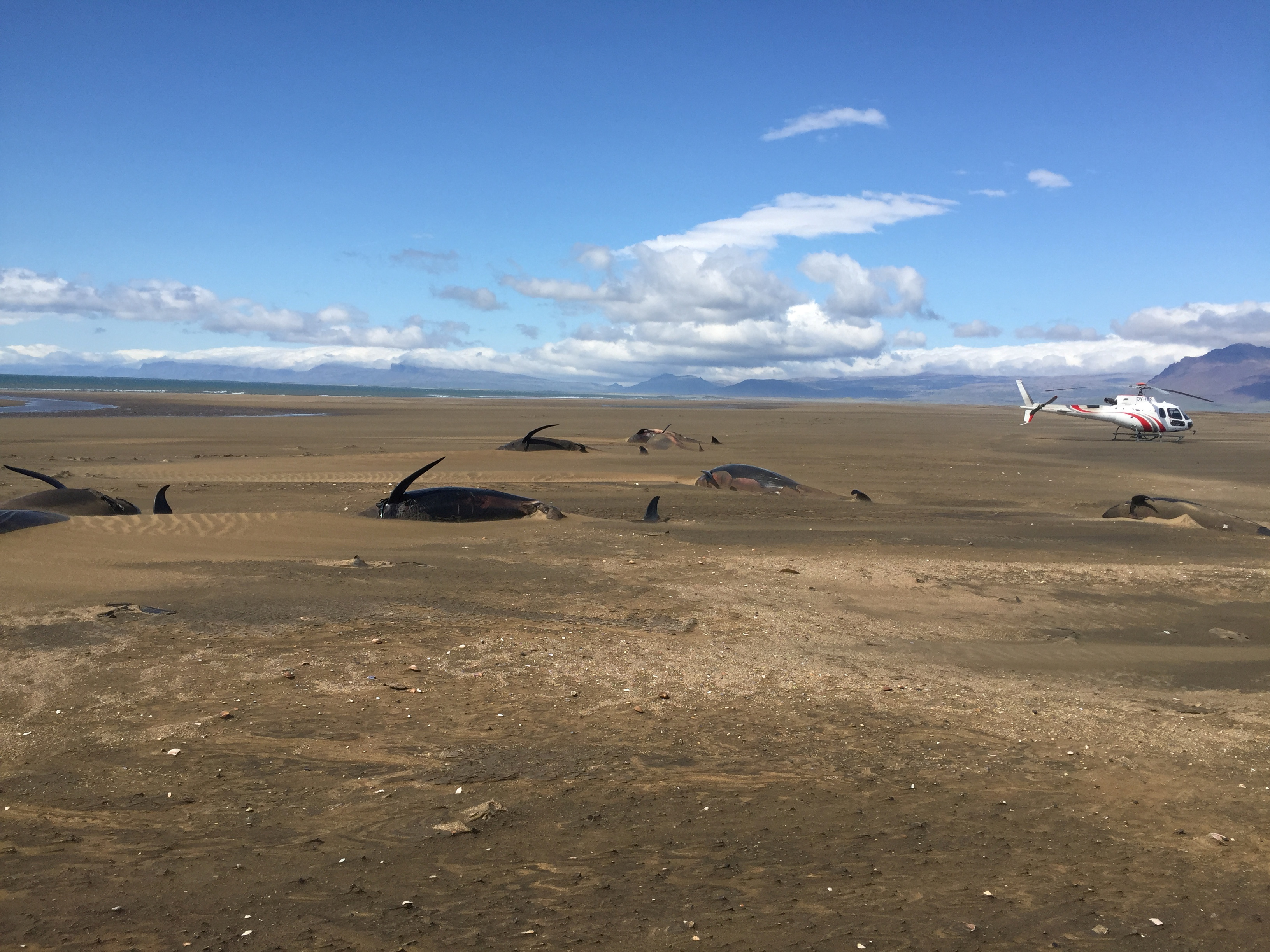 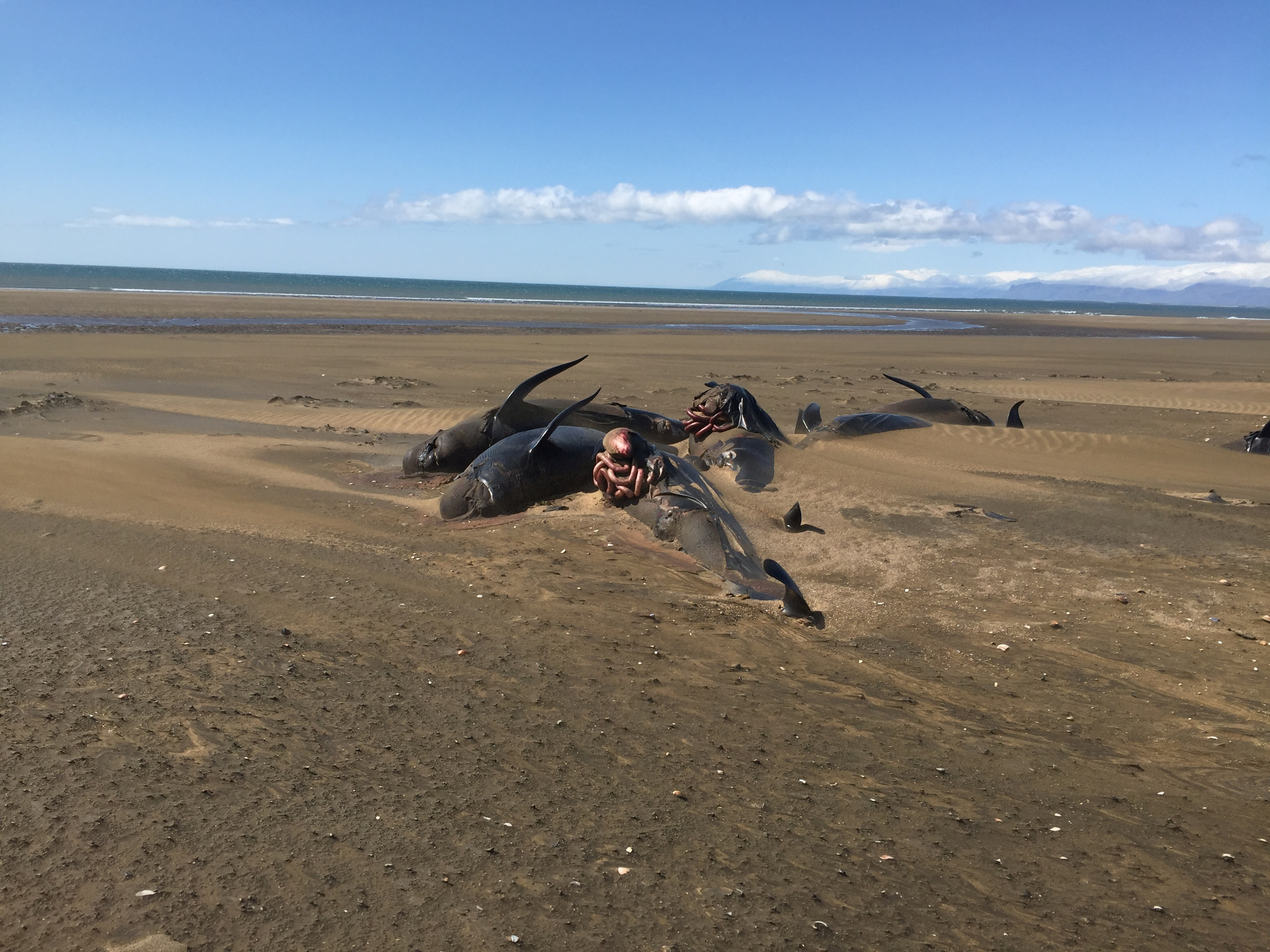 Pilot whales are often involved in mass strandings partly due to their social nature Credit: Reuters