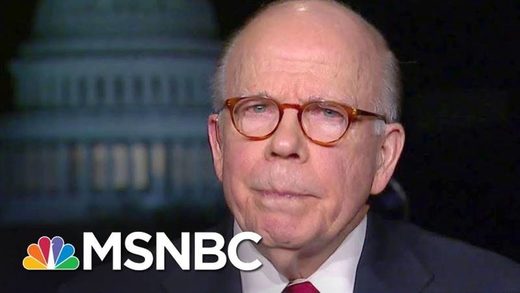 MSNBC prides itself for progressive reporting on national security issues but continues to use apologists for the Central Intelligence Agency in reporting on key intelligence issues. The network’s reliance on former deputy director of the CIA John McLaughlin is an excellent example of the skewed and tailored information that it offers to viewers on matters dealing with CIA. McLaughlin, a former colleague of mine at the CIA who I remember as an amateur magician, regularly pulls the wool over the eyes of such MSNBC veterans as Andrea Mitchell.

The most recent example took place over the past several days, when McLaughlin made the case for confirmation of Gina Haspel as the first woman to become director of the CIA. McLaughlin and former CIA directors Leon Panetta and John Brennan referred to Haspel as a “seasoned veteran” who had the support of senior CIA leaders. Perhaps MSNBC should acknowledge the fact that Deputy Director McLaughlin was Haspel’s boss during this terrible period in American history. 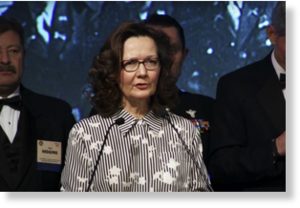 Haspel arrived at the CIA in the late 1980s as I was preparing my resignation, but I know from former colleagues that she is also known as “bloody Gina” for her role as a clandestine operative who was a cheerleader for torture and abuse. Her role as a commander of a secret prison in Thailand where waterboarding was practiced and her support for destroying the 92 secret tapes that revealed the sadistic practices of the CIA are well known. These practices went far beyond the practices that were sanctioned in the unconscionable memoranda from the Department of Justice on the euphemistically labeled “Enhanced Interrogation Techniques.”

McLaughlin’s role at the CIA is less well known. Although CIA director George Tenet is infamous for telling President George W. Bush in December 2002 that it would be a “slam dunk” to provide intelligence to take to the American people to support the invasion of Iraq, it was McLaughlin who actually delivered the “slam dunk” briefing at the White House in January 2003. The briefing was based on the phony National Intelligence Estimate that McLaughlin endorsed in October 2002 along with the infamous White Paper that the CIA delivered to the Congress on the eve of the vote to go to war against Iraq. The White Paper was a violation of the CIA’s charter that prohibits the use of information to influence public opinion.

McLaughlin then doubled down in January 2003 when he provided false intelligence and false assurances to Secretary of State Colin Powell who regrettably used CIA’s so-called intelligence in his speech to the United Nations in February 2003 to make the case for war to an international audience. The Bush administration would have gone to war even if the CIA had gotten the intelligence right, but it is conceivable that honesty from Tenet and McLaughlin and a strong CIA stand could have created more opposition to the war from Congress, the media, and the public. McLaughlin regularly tells his MSNBC audiences that CIA officials tell “truth to power.” Well, he certainly didn’t at a particularly important point.

More recently, McLaughlin led the CIA’s attempt to discredit the authoritative Senate intelligence committee report on the CIA’s program of torture and abuse. Like the White Paper in 2002, the CIA report violated the CIA charter against influencing public opinion in the United States. In the report titled “Rebuttal: The CIA Responds to the Senate Intelligence Committee’s Study of Its Detention and Interrogation Program'” McLaughlin was joined by such CIA apologists as Tenet, former directors Porter Goss and Michael Hayden, and former deputy director Michael Morell. There were other apologists involved in the project such as Philip Mudd, who comments regularly on CNN, and Jose A. Rodriguez, the godfather of torture and abuse, who was permitted to publish a book that denied there was torture and abuse.

In “Rebuttal,” McLaughlin and the others lie about the information it obtained from 9/11 mastermind Khalid Sheikh Mohamed, and ignore the fact that the information obtained from waterboarding KSM was already available. The apologists also misrepresented the number of detainees in CIA custody, and “Rebuttal” corroborates other lies as well. McLaughlin and Brennan still maintain that the CIA never lied to policymakers about the information obtained from the use of torture. Thus, we have one of the biggest lies of all from a former deputy director of the CIA and a former director of the CIA, respectively, who regularly “inform” the American people on cable television.

Melvin A. Goodman is a senior fellow at the Center for International Policy and a professor of government at Johns Hopkins University. A former CIA analyst, Goodman is the author of Failure of Intelligence: The Decline and Fall of the CIA, National Insecurity: The Cost of American Militarism, and Whistleblower at the CIA: An Insider’s Account of the Politics of Intelligence. His forthcoming book is American Carnage: Donald Trump’s War on Intelligence. Goodman is the national security columnist for counterpunch.org.

ITS NOT ABOUT ME!

Sammy: It’s a Song About Aliens