I was at the supermarket last night, again, fifth time this week, when I bumped into a friend of mine and we had The Christmas Conversation.

Me – “Good! I’ve got most of the presents done and Christmas is at my mum’s this year and she only wants me to do the vegetables. How are you?”

Her – “Oh, terrible, the two little ones still believe and I haven’t even started shopping for that plus it’s my year to have it so I’m out of my mind trying to get the house clean for the big day. I haven’t even got the tree up!”

Me – *soothing clucking noises and a friendly rub on the back.*

Ask a woman right now how her Christmas is going and she will almost certainly unfurl her to-do list before your eyes, from the turkey to the costumes for the kids’ concerts. They should call it the Season of To-dos. For women, anyway.

Christmas is the one time of the year when the gender pay gap is an open festering wound. Most of women’s work goes unvalued, unpaid, unseen by the patriarchal valuing system we call money. It’s invisible to money but it’s also pretty invisible even to ourselves. For a woman, it’s just what you do. For men, it’s stuff that just… happens.

Don’t get me wrong, I don’t want to give up being Santa. I love it, I’m good at it, and I still do it for my kids even though they’re way past believing. That doesn’t mean it’s not work and it’s not worth something. People love their work and still get money for it.

(A little aside: isn’t it interesting that the man behind Santa is almost never a man? It’s almost like the patriarchy wants to take the credit for all of women’s work at Christmas time.)

But whoever coined the term “holiday season” was clearly a bloke. It ain’t no holiday. For women, it’s the busiest time of the year.

Comment: A fair enough statement. But the author seems to miss that men are equally caught in the trap.

Libertarians will tell you earnestly that all our valuing decisions should be left up to “the markets.” If left to its own devices, the intelligence of money is meant to somehow create a handsome retirement savings package for a hardworking single mom of six. It’s somehow going to pay people to reuse and redistribute goods that they don’t need and fill all the unused houses with house-less people. It’s going to reward leaving minerals in the ground and pay for people to be healthy and live simply and for the environment to flourish and sustain life.

I don’t think these people have sincerely sat down and thought about what money naturally rewards. These are the same markets that pay stockbrokers handsomely to add no value to society whatsoever, that reward spoiled brats like Martin Shkreli for killing people, and elevate individuals like the clueless Stephen Cloobeck into positions of immense political power. Money ain’t smart, but it has certain qualities that I guess you could call intelligence. More correctly, you could say that money has a predictable influence on the material world.

This guy’s vote is worth more than yours.

For example, money is really good at prolonging problems because it needs to create long-term customers. What that means is if you base a health system on its “intelligence,” you will get patients who are sicker for longer (otherwise known as loyal customers) in a system that charges “what the market will bear,” which is code for “as much as we can screw out of them.” Money can’t afford to reward cures, especially not cures which you find in your backyard, which is why money has spent a lot of itself on finding creative ways of prolonging patents (or in the case of green energy buying up patents and putting them in drawers never to be seen again.) Money’s whole idea of a “healthy patient” is someone who is sick enough to need some patented medicine all the time but not sick enough to stop work or die, which describes most people’s health status in America today. This is not a coincidence.

Most of the real work of keeping people healthy is invisible. Cooking up nutritious food every night, having nourishing conversations where you talk through your problems, feeling loved and valued, natural cures and affectionate placebos, feeling a part of a tribe and knowing that you have people around you who love you and will not let you fail; all these things create a healthy human in mind and body. But they’re all work too. Valuable work unseen by the valuing system of the patriarchy, money. Money is good at creating things, but it sucks at disappearing things. It rewards masculine yang energy, and ignores the feminine yin. 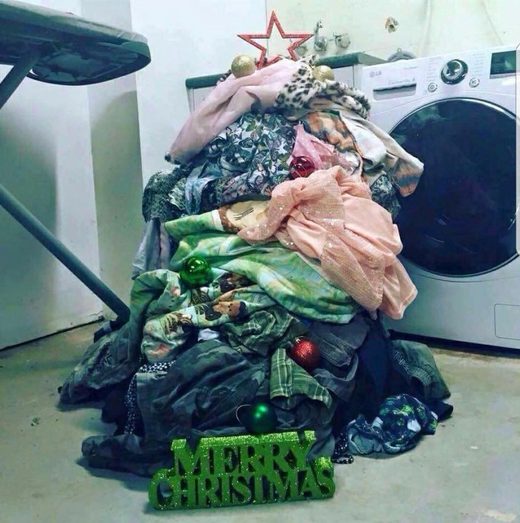 It’s not a mystery as to why that is. Money was invented by men, for men, to value men’s work. Not that long ago, when women were considered a part of a man’s goods and chattels, there was no need to reward women for their work. If you got a wife, you got her labor. You got her to do those things for you – have the babies, make the food, do the sex, hang out the laundry. In those days, no one was under the illusion that being a woman wasn’t a 24/7 job. As soon that work was integrated into the marketplace though, it became valueless and seemingly invisible, work that just … happens, by God knows what divine force, and if seen rewarded only with platitudes like “having the greatest job in the world” and being “a blessing that is all the reward I need.”

Comment: No, not patriarchy. Psychopathic individuals who bend and distort the financial systems to their own selfish ends, whether male or female. Radical feminists are as much to blame.

How convenient that when women were emancipated from their slavery, actual money for work would be sneakily replaced by Hallmark inscriptions. That was a sly trick. Imagine if post-slavery, the white people had tried to convince the black people that they could go on working for them but this time they will be nice about it and tell them that they’ve surely got the greatest job in the world? They would’ve been told to piss off, and rightly so. But that’s the trick we fell for, ladies. It’s kind of embarrassing when you think about it.

So shout out to all the moms and grandmoms these “holidays,” especially the low-income ones who will no doubt miracle up a table-groaning spread with enough of a haul from Santa to keep the kids believing – I see you, I love you, and I value what you do. Until we get a fair and equitable reward system that recognizes all the work we put in to keeping people happy and healthy and knitting society together, we will all wilt a little when the word “Christmas” is mentioned, but know this: what you are doing is important. In an increasingly divided world of deliberately manipulated echo chambers that only serve the elite, getting the family to sit together for a meal is a deeply subversive and rebellious act. You are on the front line of the revolution sister, and I value you very much.