Meet Royal Rife – The Man Who Was SILENCED After CURING CANCER

Dr. Royal Rife’s name should be known in every home.  He invented a Beam Ray Machine that cured terminally ill patients from cancer but was silenced because the Cancer Industry was never interested in giving us a cure when there’s so much money available in Big Pharma treatments and for research centers pretending to find cures for cancer.

Please note: Any information presented in this article is for educational research ONLY. This particular article and author is not making any recommendations and is not giving any personal medical advice in the following material.

Dr. Royal Raymond Rife could very well be the father of all holistic cancer research.  Rife, born in 1888, was one of the founding pioneers in many of the technologies that are commonly used today and was a main contributor in the field of optics, electronics, radiochemistry, biochemistry, ballistics and aviation.

The Rife machine destroys infectious organisms, viruses, bacteria and fungus and has been used to eliminate 52 different microorganisms including cancer, tuberculosis, strep and leprosy. 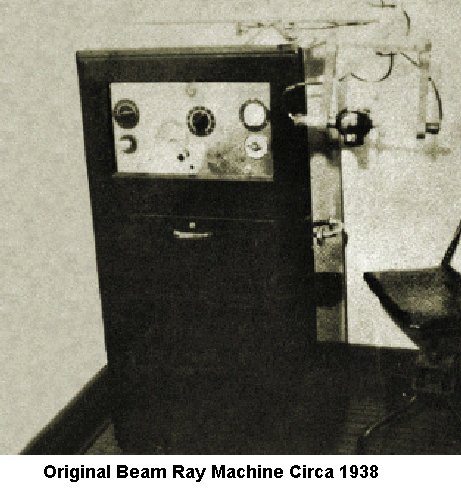 Rife began research cancer in 1922, but it took ten years before he was able to isolate the VX Virus, which was a cancer microorganism . A year later, Rife invented the Universal Microscope, which a light source technology that could magnify an object 60,000x its size. Because of his invention, Rife was the first person to see a live virus.

Once Rife was able to determine the main oscillation rate for each organism, he would then try to destroy it with light frequency resonance. Each microbe has a natural frequency that it resonates with, so when Rife increased their natural oscillations, the organism became distorted and disintegrated from structural stresses.  More importantly, no surrounding tissue was harmed from these oscillations.

As part of his research in 1934, Rife’s machine “cured” 14 out of 16 terminally ill cancer patients within two months.  The remaining two were cured within the following 6 weeks, resulting in a 100% cure rate.

(story continues below the videos)

On November 20, 1931, Rife, along with 34 of his most distinguished colleagues in medicine, attended a banquet entitled, “The End to All Diseases”.  By 1939, the same group of physicians essentially denied Rife’s existence.  After finding a cure for cancer, how is it possible for Rife to be completely ignored by his colleagues and what were the motivating factors behind this?

Here’s the inside story

On the eve of a press conference to announce the results of the 1934 study on Rife’s cancer therapy, Dr Milbank Johnson, former president of the Southern California AMA, was fatally poisoned and his papers “lost”. Also, after a failed attempt by Morris Fishbein to buy the rights to Rife’s healing instrument for the medical drug industry, Rife’s labs were destroyed by arson and sabotage. Dr. Nemes, who had duplicated some of the work of Rife, was killed in a mysterious fire which destroyed all his research papers. A similar fire also destroyed the Burnett Lab, which was validating Rife’s work. Royal Rife himself was killed in 1971 by an “accidental” lethal dose of Valium and alcohol at Grossmont Hospital.

According to Wiki, interest in Rife was revived in the 1980s by author Barry Lynes, who wrote a book about Rife entitled The Cancer Cure That Worked. The book claimed that Rife’s beam ray device could cure cancer, but that all mention of his discoveries was suppressed in the 1930s by a wide-ranging conspiracy headed by the American Medical Association. The American Cancer Society described Lynes’ claims as implausible, noting that the book was written “in a style typical of conspiratorial theorists” and defied any independent verification.

In 1994, the American Cancer Society reported that Rife machines were being sold in a “pyramid-like, multilevel marketing scheme”. A key component in the marketing of Rife devices has been the claim, initially put forward by Rife himself, that the devices were being suppressed by an establishment conspiracy against cancer “cures”.

As stated in the article, Dr. Coldwell: ALL Cancer Can Be Cured in Less Than 12 Weeks, there are over 300 cures for cancer but most doctors are required by law to use surgery, radiation or chemotherapy before any proven holistic measures such as the Rife Machine, THC Oil, etc..  This is but one small example of how beneficial technology and ideas have been suppressed from us, all in the interests of money, greed and eugenics.

The Cancer Industry surely does NOT want a cure.  In their eyes, it would cost a lot of people their jobs if a cure was found.  It may even devastate the economy, but at what price?  The price of a loved one’s health? How can anyone in the cancer industry justify doing what they do if they knew inventions like the Rife machine could cure can cer?

“In the US today, cancer is said to inflict an economic cost of around $895 billion annually.”

It’s a sad world when money takes precedent over compassion for humanity.

Why are great inventions suppressed?

In 1893, Nikola Tesla powered the Chicago World’s Fair on free energy.  His financier, J.P. Morgan asked Tesla how he could charge people for this energy.  Tesla stated it was free energy that could not be regulated.  From that point forward, Morgan suppressed this idea because Morgan believed that “He who controls the energy, controls the power.”  As we know, Morgan was one of the founding fathers of the world’s biggest Ponzi scheme, the Federal Reserve.

In the 1980’s Stanley Meyer developed a car that could go from coast to coast in the United States on 22 gallons of water. It could be any water: saltwater, lake water, tap water, compressed snow, etc…  Meyer was offered $1 billion from the automotive industry but turned it down because he wanted this invention to go out to the people.  Shortly afterwards, he was poisoned to death.

Since the end of the 1800’s, we should have had free electricity from Nikola Tesla.

Since the 1930s, cancer and many other diseases could have been cured by Royal Rife’s machine.

Since the 1980’s we could have been using water powered cars from Stanley Meyer. Are you beginning to see the picture?

Question: In an age where technology can be used to improve the quality of life for everyone, why has the Rife machine been ridiculed by the medical industry and suppressed for so long?

Answer: The last thing Big Pharma cured was polio. There is no money in repeat business when finding a cure to anything.

Gregg Prescott, M.S. is the founder and editor of In5D, Zentasia, and BodyMindSoulSpirit.  He co-owns In5D Club with his fiancé, Alison Janes. You can find every episode of “The BIGGER Picture with Gregg Prescott” on Bitchute while all of his In5D Radio shows are on the In5D Youtube channel. He is a visionary, author, a transformational speaker, and promotes spiritual, metaphysical and esoteric conferences in the United States through In5dEvents.  Please like and follow In5D on Facebook and Twitter!

There Are Now 100 Scientific Studies That Prove Cannabis Cures Cancer

Run From The Cure – Rick Simpson