The Best Way to Fight Ebola in America Is to Vote Out All Incumbents on Election Day, November 4.

Entrenched corruption – the incumbents are reelected 95% of the time. Polls show 56% of Americans would like all incumbents defeated, but 95 percent of them are always re-elected. The problem is that the idea of voting out all incumbents never spreads: it is a good idea that stays just an idea. But the concept is so simple, and what it demands of you is so little: just vote for the mainstream candidate running against the incumbent Congressman or Senator.

The election is on Tuesday. Have you shared the idea with anybody? 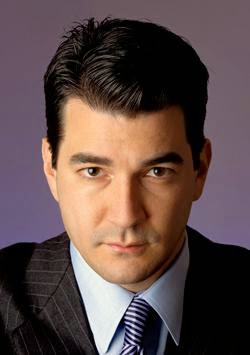 Ebola is Medical Disaster Capitalism. Quarantine was prevented so that vaccines could prosper and political enemies can be purged, under the guise of isolating anyone and everyone these rogues choose to suspect has Ebola.

And so Dr. Frieden ruled out the intelligent and appropriate quarantine when such would be timely (it is still timely!) and told people, backing his assertion with lies, that quarantines were unnecessary – until such time as Ebola has come in through the wide open door and taken hold among our general population, perhaps three or four weeks from now. Then will be imposed the full military-enforced grab-and-isolate quarantine that was written up as a protocol during the panic afforded by 9-11.

Drs. Frieden and Gottlieb are part of a criminal conspiracy that will result in the loss of millions of lives unnecessarily, which could have been prevented – which Frieden, in his capacity as the nation’s top disease control official, had the responsibility of preventing, choosing instead to take actions and make statements that helped the Ebola virus towards a successful invasion of this population.

Forbes magazine, which sells its detailed knowledge of the richest people in the world, whose chairman and editor-in-chief is Steve Forbes, who was a leading adviser of John McCain in his presidential campaign, and one of the biggest campaign supporters of Rudolph Giuliani and Ron Paul (gold standard, and cure debt crisis with austerity and liquidation candidate, who thinks too much money in the hands of people causes depressions). Steve Forbes is a neocon: he was one of the signers of the Statement of Principles of the Project for the New American Century (PNAC) on June 3, 1997, and is a regular commentator on the Fox News television program Forbes on Fox. Forbes magazine’s CEO Mike Perlis is the former publisher of the Playboy pornography empire, succeeding Playboy founder Hugh Hefner.

In the Ebola fight, a defense of embattled CDC Chief Thomas Frieden

Scott Gottlieb, M.D.: The response by public health officials and local providers to the first case of Ebola diagnosed on U.S. soil has been marked by some tragic missteps. Mistakes have resulted in the avoidable secondary spread of the infection to healthcare workers. This is an appalling outcome to a crisis that we expected. But, sadly, it should neither be surprising, nor foretell a future marked by continued blunders. Nor does the blame rest with CDC chief Thomas Frieden. The bottom line is this: there is a lot we don’t know when it comes to Ebola. We have never dealt with an outbreak of Ebola virus in a modern, urban setting. All of the past outbreaks were in rural villages where residents were more easily sequestered, and the virus contained while it burned itself out in these remote locales. We have never dealt with an outbreak in an advanced healthcare system. Our sophisticated medical care offers some additional protections and opportunities. But our style of invasive critical medicine also creates additional risks to providers.

We don’t fully understand this Ebola strain. There is speculation from top experts that the virus might have drifted in ways that could make it spread more easily – for example, mounting higher loads of viral particles earlier in the course of illness. In short, we are treading on uncharted ground.

Richard Eastman, M.S., M.A.: It is just because Ebola is spreading to what you call a “modern, urban setting”, where transportation mixing of people is so fast and fluid; because “we are treading on uncharted ground”; and because, as you say, “there is speculation from top experts” that the virus is “mounting higher loads of viral particles earlier in the course of the illness” – that Thomas Frieden’s defense strategy for containing is so unmistakably wrong, irresponsible, negligent, and – given his and your conflict of interest – more than just suspicious: it’s almost certain to lead to many more deaths, perhaps millions more deaths.

Thomas Frieden was faced with something new, something unpredictable – you and he have said it – and what did he do? He, for no reason, ruled out the first and greatest defense against epidemic and pandemic – the quarantine – and he closed the discussion. Not only did he assert, contrary to what you call “top experts”, that the virus is not contagious before the hemorrhagic fever symptoms appear; but in a crisis that threatens the nation with a pandemic, he cut us off from one avenue of defense, from any form of quarantine (and there are many types of quarantine, some more suited to stopping Ebola than others – more on this later), while at the same time denying that the virus in the blood between initial viral infection and disease symptoms – a period that lasts, on average, 11 days, and which can last 21 days, and in a few cases up to six weeks. He used known falsehoods to justify the elimination of our best defense.

Isolation and tracing of individuals have their place; but when carriers cannot be recognized, and the virus in the blood at that time is even more contagious than AIDS, then what Frieden has done is open the door to an invasion, fail to give the proper warning, conceal the true nature of the threat. There is no medical or scientific research journal that reports any study – and no textbook in microbiology, virology, or epidemiology that maintains – that the blood infected with Ebola virions is not contagious, is not a platform by which the disease can spread before symptoms appear. The WTO made the outrageous statement on its information webpage – but with no documentation to support it, and without the name of any doctor taking responsibility for that false claim.

Dr. Frieden has ties to the pharmaceutical industry – as you do, Dr. Gottlieb – but he doesn’t have your reputation as a Wall Street insider, with ties to Goldman Sachs and the Rockefeller-backed anti-population American Enterprise Institute, or to VaxGen, or your experience as writer of the biotechnology investment newsletter the Gilder Biotech Report and editor of the Forbes/Gottlieb Medical Technology Investor. Dr. Jerome Kassirer, former editor of The New England Journal of Medicine, got it right when he said, “Gottlieb has an orientation which belies the goal of the FDA.”

No one before had ever moved so quickly from Wall Street to such a high public health position. You, Gottlieb, wrote an article for doctors and medical researchers called “Moving Your Career from Wall Street to Main Street”, in which you were clearly selling doctors on the benefits of their providing (leaking) details of their drug research to biotech investment firms. Frieden is not as pro-vaccine a careerist as your career indicates you to be – and Wall Street makes no money from effective quarantines that stop epidemics, that stop perhaps millions or tens of millions of people from being consumers of vaccines that Wall Street companies have already invested in. But Frieden did tell an ABC morning anchor that one reason for not quarantining West Africa by travel restrictions was that it would “destabilize those emerging democracies” – a very odd priority for the man charged with containing a virus that kills more than 50 percent of those it infects and may be carried in the blood of its hosts weeks before symptoms disclose that their blood has contained the active Ebola filovirus all that time.