Maya is a word which is very familiar to the western world, but very few know what it actually means. It is a word which was used by the rishis (sages) of ancient India to describe the nature of this universe of changing forms. The rishis have always been telling us that matter is not as real or as solid as we think. It is only an illusion projected by our senses. They called It “maya” or the magical creative power of the “Brahman”.

Matter is Energy in Motion

With the dawn of the 20th century, we find that physics started to support this view. With one squiggle of his pen, Einstein exploded the deterministic, mechanical view of matter – E=MC² – “Matter is energy in motion.” This created a revolution in the mind of western scientists.

The theory of relativity showed us that we can only know the relations between objects, and quantum theory declared that we can only see probabilities. What we think of as solid matter is an illusion created by our eyes. In fact, it is the “maya” which the rishis talked about. Matter is actually made up of particles and waves that merely indicate the different types of knowledge that can be derived from that object. Therefore, modern physics deals with possibilities or probabilities and not with certainties! Scientists finally realized that our senses do not give us a true picture of Reality. This is exactly what the rishis of ancient India had been telling us more than five thousand years ago. 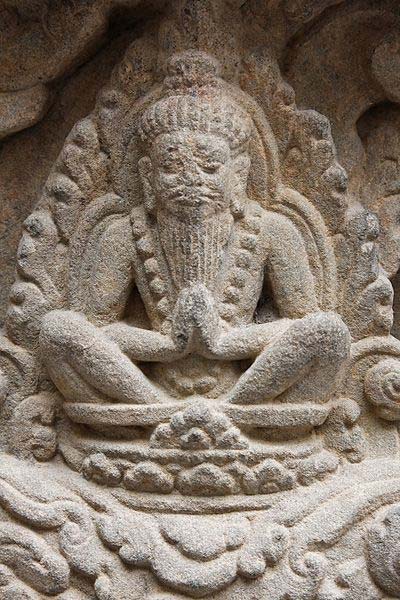 Observation and a Solid Stage

Maya is that state when the mind confuses the myriad forms of the world and takes them for real without apprehending the underlying unity that binds them all together. What gives form and purpose to the drama we enjoy on the TV is the firm, unchanging, pure white screen beneath. The screen itself has no qualities. It is unmoving and unchanging, but without this solid support, the play of light and shade which we are watching would have no form and no meaning.

Similarly, the drama of our life and the drama of the world taking place in front of our eyes would have no meaning without the solid stage of the steady, unchanging state of the Pure Consciousness of the Brahman on which it is being enacted.

The quantum world, which is a strange, unbelievable dance of particles, solidifies into a semblance of concrete reality when an observation is made by someone. In the absence of an observer, the atomic world is only a possibility. The particles materialize only when we look for them. 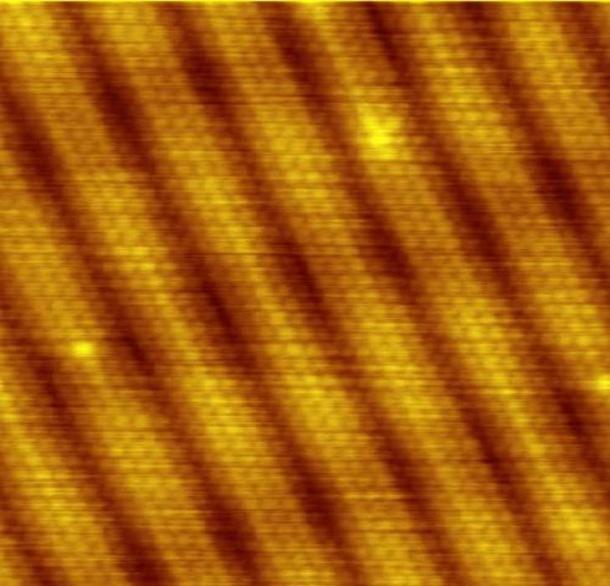 Image of surface reconstruction on a clean Gold (Au(100)) surface, as visualized using scanning tunneling microscopy. The individual atoms composing the material are visible. Surface reconstruction causes the surface atoms to deviate from the bulk crystal structure and arrange in columns several atoms wide with regularly spaced pits between them. ( Public Domain )

Another strange fact is that when scientists looked for the location of a particle they were able to find it at a particular place, but they could not gauge its speed. When they wanted to gauge its speed, the particle turns into a wave and they could see it in motion. However, the scientist could not fix both its location and speed at the same time. Both depended on the observer! We cannot observe a thing without influencing it.

This takes us back to the truth which had been declared by the rishis: that each of us is really creating our own world. Modern science has corroborated the statements of the rishis that this is actually a shadow world, which can be called real only when the consciousness of the observer comes into play. Normally quantum particles act in a haphazard fashion of chaos and disorder; but when individual consciousness is focused on them, they lose their individuality and begin to act as a single unit. This coherence extends into the world. Thus, human consciousness represents the greatest form of order known in nature and can help to shape and create order in the world.

In meditation, and especially in the state of “ Samadhi” (a super conscious state), the brain touches the zero point field of quantum physics, which is known as the chitta in Sanskrit, in which state the brain has perfect coherence. 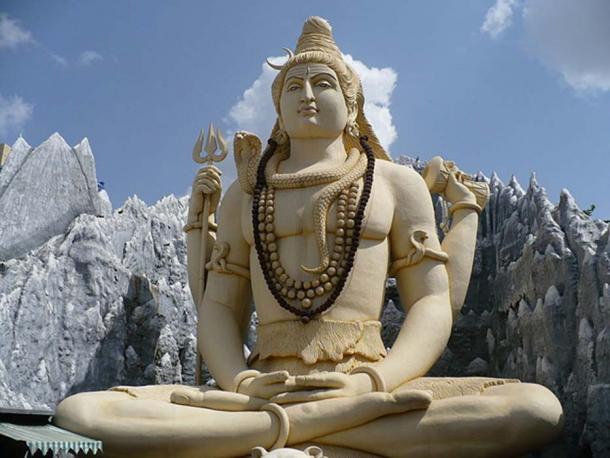 The vital thing here is the participation of the individual. Classical theory asserted that the observer is the one who stands safely behind a glass wall and watches what goes on without participating in anything since it was thought that the observer’s views would interfere and mess up the experiment. This is impossible according to quantum physics.

Creating Our Own Worlds

The modern physicist corroborates the claim of the rishis that the world exists only because we who are the observers are actively participating in it. The world is a creation of the human mind. Each of us creates our own world. These words are used both by Vedanta and by the quantum physicists. Vedanta says that the universe is an illusion created by the participators in this drama taking place on the stage of the universe! 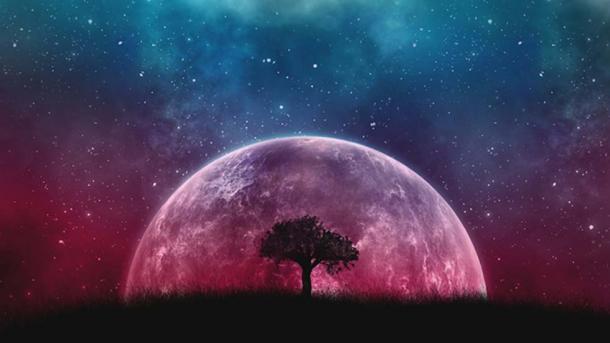 Vedanta says that the universe is an illusion created by the participators in this drama taking place on the stage of the universe! ( CCO)

The zero point field is the most fundamental state of matter and is a heaving sea of inexhaustible energy, which is called the chitta in Hindu terminology. This is a recording medium of everything in the universe through which everything can communicate with each other. So basically, we are all connected with every single thing in the universe, right from the stars to the earthworms! In fact, we resonate with the universe.

Unchangeable in a Changing World

The question now comes up as to how the Supreme, unchangeable Being of the Brahman turned into the changing world. Vedanta explains this unique phenomenon by postulating “maya” as the cause of the superimposition.

Maya has two powers- one to veil and the other to project. It veils the nature of the Brahman and projects pluralities on the screen of the non-dual. We can understand this only through examples. Light exists, darkness does not. The latter is only the absence of the former. Although darkness does not exist in reality, it has empirical existence. Similarly, the world also has empirical reality.

According to the theory of relativity, continuous activity is the very essence of matter. Hence in Hinduism, maya is described as a state of “becoming” whereas Brahman is the state of “Being”. The Puranas describe this relationship in a very poetic way. Shiva in his essence is the Absolute and is known as Bhava or “Being”, whereas his consort Parvati, who is the essence of maya, is known as Bhavani or “Becoming.” There can be no change without expenditure of energy. The Sanskrit word for energy is “Shakti” and this also refers to maya, as we have seen.

Hinduism, with its genius for personification, says that Shakti is the feminine principle of Brahman and is co-existent with it. It is the principle of action through which the inert Brahman appears to project itself into the multifarious forms of the world. Each god of the trinity has his own “Shakti” – Shiva and Parvati, Lakshmi and Narayana, Brahma and Saraswati. Thus, we find that scientific facts are neatly interwoven into the stories of the Puranas. 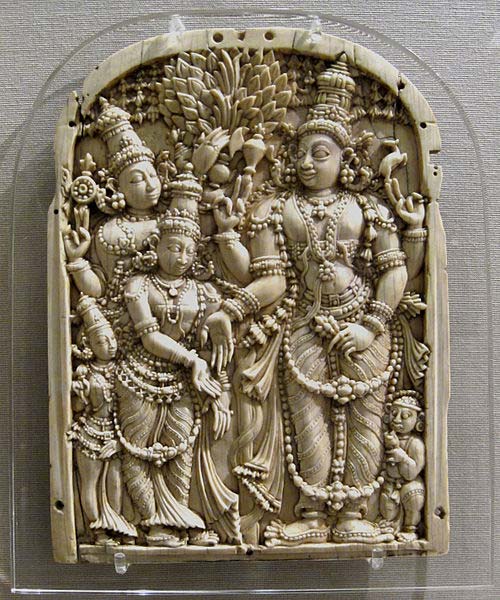 Maya is thus the enchantress who has cast this spell on us and made us believe in the solid reality of this universe of forms. She has made us believe in the reality of the forms and forget that formless that is upholding the forms. The only way to break free from the spell of the enchantress is to realize that all the forms we see are aspects of that one Reality, just as all the rays of light emanate from just one sun. This is known as moksha or liberation and is the goal of Hinduism.  Liberation is when the individual experiences that he or she is nothing but that Brahman. This is the very essence of Hinduism.

This experience is possible only because the essence of that pure consciousness is embedded in the very core of the human being. The Upanishads have already told us that the “atman” (individual soul) equals the Brahman or the cosmic soul. The true nature of that consciousness is revealed to us only when maya is removed from the mind through right perception.

Many different types of yogas are given in Hinduism in order to realize this all important fact. They all attempt to unite the many with the one. Thus, all yoga is an attempt by the human mind to free itself from the clutches of maya and experience the liberating unity of the Brahman. 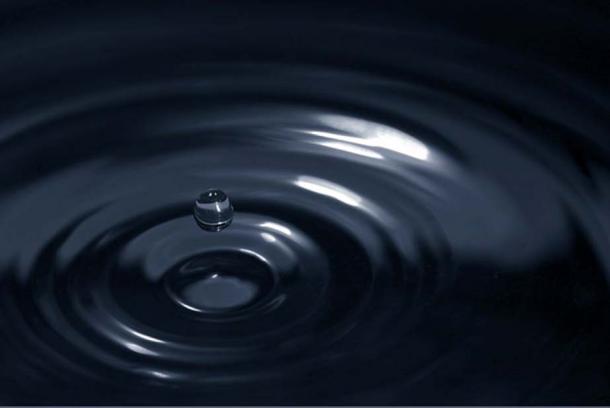 Impact of a drop of water in water, a common analogy for Brahman and the Ātman. (Sven Hoppe/ CC BY SA 3.0 )

The sage of Arunachala known as Ramana Maharishi advocated the method as “self enquiry” in order to remove the veil of maya. “Who am I?” is the question that he asked his disciples to use. By negating all those parts of our selves that are transitory or superficial, we will come to the realization that we are nothing other than that Supreme Consciousness of the Brahman.

This is the final liberation from all the fears that haunt the mind of the human being. If this knowledge is made a part of our everyday life, all our basic hang-ups like the fear of death and extreme attachment to people, places, and objects can be banished forever.

Our inquiry into the true nature of our selves will make us realize that the Supreme Self is present in all beings irrespective of any perceived differences. Meditation and yoga can only give us occasional glimpses of that Supreme Self, but the abiding knowledge and realization that our existence is not separate from that universal existence, can at one stroke remove all our mental agonies. 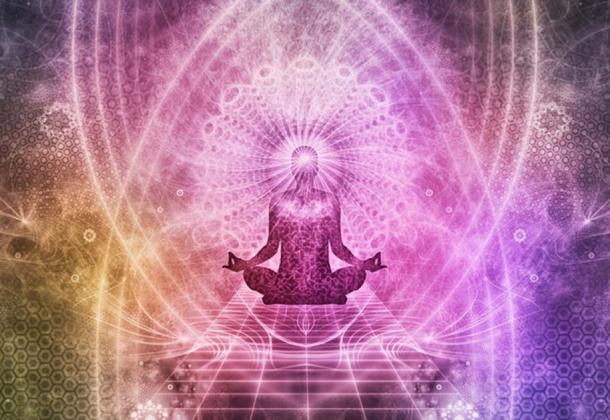 Meditation and yoga can only give us occasional glimpses… ( CC0)

This can only be achieved through sustained self enquiry. This is the only way by which we can achieve a victory over the completely illusory, yet totally powerful, state known as maya!

Top Image: Some say maya is a magical creative power of the Brahman. Source: CC0