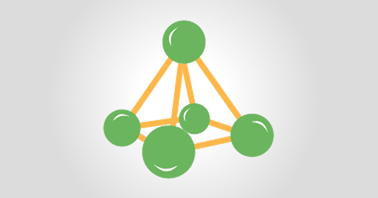 OK I admit it, I’m a child of the 70’s and like many of my peers, I’ve smoked a little (all right, maybe more than little) pot back in the day. And although I haven’t toked in a long time, I still look back at my stoned adolescence with a bit of nostalgia and a lot of, shall we say, entertaining memories.

As I recall, aside from the buzz, creativity and the inevitable hacking that followed a hit on joint or a pipe, one of the unavoidable results of getting high was an insatiable desire for food. And not just any food. When we got our late-night hankerings, it wasn’t like we were snacking on salads, fruit or any other wholesome edibles. No, what we inevitably craved were foods that were greasy, starchy and sweet; sandwiches, hamburgers, French fries, chips (potatoes, corn tortilla, it didn’t really matter as long as they were fried), cheese, ice cream, other desserts, or some combination thereof.

These days, as heretofore verboten ganja gradually migrates to the mainstream, we’re finding that the evil weed is actually pretty darn good medicine. Cannabis contains over 85 chemical compounds, many of which have therapeutic value, particularly for epileptics and migraine sufferers. And now, medical professionals are discovering that, in addition to its anti-seizure benefits and protection from headaches, the biochemistry behind the marijuana munchies may point the way to therapeutic benefits for diabetics.

Apparently, the drive for sweets and fats most smoker’s experience after indulging is actually based in the biochemistry of blood sugar. The appetite enhancing effect of a hit of pot is really a result of hypoglycemia. Behind our desire to eat lies a complex system of neuro-chemical regulation. While molecules like insulin, leptin and serotonin all play an important role in the biochemistry of appetite, scientists have recently turned their attention to a class of hormones called cannabinoids that are found in both the human nervous systems as well as the notorious cannabis plant. When they’re found in the body, scientists refer to them as endo-cannabinoids, but it’s the same stuff. Yes, in all of our brains we have some of the very same molecules that are contained in pot that, in addition to being intoxicating, are responsible for how the body handles its sugar. When glucose levels go up after we eat a sweet, fatty meal, these cannabinoids are secreted from the brain into the circulation where they facilitate removal of the sugar from the blood. While this hypoglycemic property may cause an uncontrollable urge for a greasy burger and fries in the stoner, drug companies are using it to understand its biochemical effects in the body.

Data published in the July 2013 issue of The American Journal of Medicine demonstrated that, in a survey of 4600 men and women, participants who identified as marijuana smokers showed lower insulin levels than their nonsmoking counterparts. They also had higher levels of HDL (“good” cholesterol). This came as no surprise to the researchers. Three prior studies had shown that marijuana users are less likely to be obese, have a lower risk for diabetes and have lower body-mass-index measurements. All this despite the fact that the potheads appeared to indulge in more calories. Murray Mittleman, an associate professor of medicine at Harvard Medical School and the lead author of the study wrote, “the most important finding is that current users of marijuana appeared to have better carbohydrate metabolism than nonusers,” continuing “Their fasting insulin levels were lower, and they appeared to be less resistant to the insulin produced by their body to maintain a normal blood-sugar level.”

Not surprisingly, drug companies have eagerly jumped on the potential benefits of marijuana molecules for treating diabetes. Diabetes is big business and, likewise, so are pharmaceuticals to treat the disease. A cannabinoid drug called Rimonbant was approved and available to treat EU diabetics until it was removed form the marketplace in Europe for causing psychiatric side effects. More recently, the biotechnology firm ISA Scientific has collaborated with an Israeli cannabinoid company to create a drug made from a cannabinoid called cannabidiol (CBD) that has begun the FDA application process. In the words of ISA Scientific Chief Executive Officer Mark J. Rosenfeld writing in a press release “…Phase 1 clinical trials on dosing and safety are now underway in Israel, and arrangements for Phase 2 trials on treating diabetes and chronic pain are in process.” Rosenfeld further states: “the drug has no consequential side effects and does not hamper everyday activities.” Even more interesting, the ISA pharmaceutical may not merely lower blood sugar, it may actually eliminate the disease entirely, at least according to Rosenfeld who says: “unlike insulin and other existing medications for diabetes, CBD may actually suppress, reverse and perhaps cure the disease.”

As state legislatures make medical (and sometimes recreational) marijuana use legal and the erstwhile banned and demonized substance gradually enters into the mainstream, more and more people are beginning to appreciate the potential health benefits of bud and its cannabinoid components. Google “buy CBD oil” and you’ll get over 5 million results. However, while you may have lots of options, the question is how do you know who you’re buying from and what you’re actually getting? For the most part you don’t and that can be a problem. A problem that a website called “CBD Oil Review” is hoping to solve. Billing itself as an investigative group “here to level the playing field to help you find the right CBD oil products”, their site organizes the various brand choices and provides educational content. They also simplify buying decisions by rating the various cannabinoid products via a star system. If you’re a diabetic looking to get a quality CBD product before the FDA approves it’s use as a prescription medication, you might want to check them out at: www.cbdoilreview.org before making your purchase.