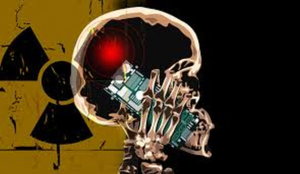 You may have read the headlines about a new study linking cellphone radiation to cancer.

What does this mean for your health?

Researchers at the National Toxicology Program found an increase in tumors among rats exposed to radio-frequency radiation similar to that emitted by cell phones, compared to a control group of unexposed rats. These findings are significant on their own, but to truly understand what they mean the NTP research has to be viewed in context of other research on this issue.

In 2011, the International Agency for Research on Cancer, a branch of the World Health Organization, said that radio-frequency radiation emitted by cell phones might be carcinogenic, based on some studies that found links to tumors in the brain and inner ear. This was a contentious determination because results from human studies have been inconsistent.

The strongest evidence for carcinogenicity came from case-control studies, which could have critical limitations. These studies compare the exposures of people who already have a disease to people without disease. People with brain tumors, however, may not accurately recount how much they used their cell phones. If they blame their cell phone use for causing their cancers, they may subconsciously exaggerate the hours spent on their mobiles. The subjective nature of human memory can bias study results.

Here is why the NTP study is so important. Some rats exposed to cell phone radiation developed gliomas and schwannomas – the same types of tumors observed in human case-control studies. Since rats don’t succumb to recall bias, the higher number of tumors among radiation-exposed rats is powerful evidence to support the associations observed among humans.

Should you be concerned? Yes, but there are a lot of points you need to consider before freaking out.

Biological findings in rats are relevant to human health, but rats and humans don’t have identical physiologies. The NTP story also left some questions unanswered: Why did only male rats develop more tumors? Why did the rats in the control group have shorter lifespans than the irradiated rats?

In any case, gliomas and schwannomas are quite rare among people and would remain so, even with modest increases in risk from cell phones.

Richard Feynman, the Nobel Prize-winning physicist, once remarked, “It is scientific only to say what is more likely and less likely.”

Considering the NTP findings alongside other research, it is more likely than not that cell phones could cause harm. And since it is so easy to reduce an individual’s radiation exposure, it makes sense to take precautions. If you’re worried about exposure to radiation, click here to learn more about your cell phone case.