In some sources she’s described as a demon, in others she is an icon who became one of the darkest deities of the pagans. Lilith is one of the oldest known female spirits of the world. Her roots come from the famous Epic of Gilgamesh, but she was also described in the Bible and the Talmud.

In Jewish tradition, she is the most notorious demon, but in some other sources she appears as the first woman created on Earth. According to a legend, God formed Lilith as the first woman. He did it in the same way as he created Adam. The only difference was that in place of pure dust, he also used filth and residue. Traditionally Lilith means ”the night”, and she is related to attributes connected with the spiritual aspects of sensuality and freedom, but also terror.

The ancient demon of Sumerians

Lilith’s name comes from the Sumerian word ”lilitu”, which meant a wind spirit or a female demon. Lilith was mentioned in the Tablet XII of the Epic of Gilgamesh, a famous poem of ancient Mesopotamia dated back to not later than c. 2100 BC. The tablet was added to the original text much later, c. 600 BC, in its later Assyrian and Akkadian translations. She appears in a magical story, where she represents the branches of a tree. She is described with other demons, but researchers still argue if she was a demon or a dark goddess. At the same time, she appeared in early Jewish sources, so it is difficult to find out who mentioned her first. However, it is obvious that from the beginning of her existence in the texts she was related to Sumerian witchcraft. 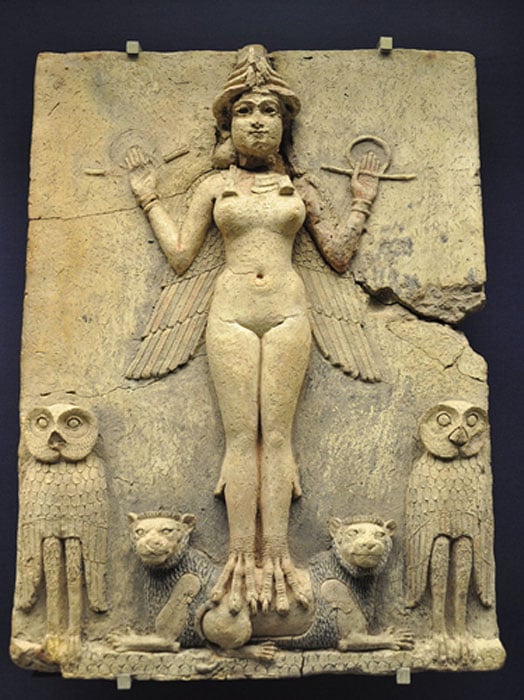 Burney Relief, Babylon (1800-1750 BCE). Some scholars (e.g. Emil Kraeling) identified the figure in the relief with Lilith, based on a misreading of an outdated translation of the Epic of Gilgamesh. (CC BY-SA 3.0)

In the Babylonian Talmud, Lilith was described as a dark spirit with an uncontrollable and dangerous sexuality. She is said to have fertilized herself with male sperm to create demons. She is believed to be the mother of hundreds of demons.

A page of a medieval Jerusalem Talmud manuscript, from the Cairo Geniza. (Public Domain)

Lilith was known in the culture of the Hittites, Egyptians, Greeks, Israelis, and Romans as well. In later times, she migrated to the north of the Europe. She represented chaos, sexuality, and she has been said to have cast spells on people. Her legend is also related to the first stories about vampires.

The wife of the biblical Adam

Lilith appears in the Bible, in the Book of Isaiah 34:14, which describes the desolation of Eden. From the beginning, she is considered as a devilish spirit, unclean, and dangerous. The Genesis Rabbah describes her as the first wife of Adam. According to the book, God created her and Adam at the same time. Lilith was very strong, independent, and wanted to be equal with Adam. She did not accept being less important than him and refused to lie beneath Adam for copulation. The marriage did not work and they never found happiness. As Robert Graves and Raphael Patai wrote in the book The Hebrew Myths:

”Adam complained to God: ‘I have been deserted by my helpmeet’ God at once sent the angels Senoy, Sansenoy and Semangelof to fetch Lilith back. They found her beside the Red Sea, a region abounding in lascivious demons, to whom she bore lilim at the rate of more than one hundred a day. ‘Return to Adam without delay,’ the angels said, `or we will drown you!’ Lilith asked: `How can I return to Adam and live like an honest housewife, after my stay beside the Red Sea?? ‘It will be death to refuse!’ they answered. `How can I die,’ Lilith asked again, `when God has ordered me to take charge of all newborn children: boys up to the eighth day of life, that of circumcision; girls up to the twentieth day. None the less, if ever I see your three names or likenesses displayed in an amulet above a newborn child, I promise to spare it.’ To this they agreed; but God punished Lilith by making one hundred of her demon children perish daily; and if she could not destroy a human infant, because of the angelic amulet, she would spitefully turn against her own.”

Due to the misunderstandings and disappointments related to Lilith, God decided to create a second wife for Adam– Eve. 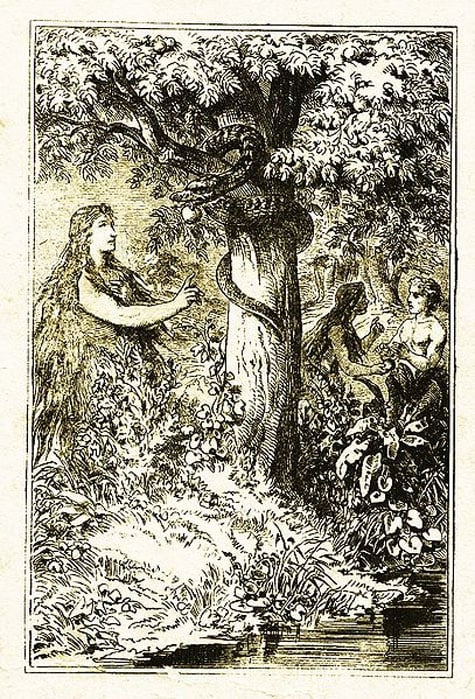 An icon for modern pagans and feminists

Nowadays, Lilith has become a symbol of freedom for many feminist groups. Due to the rising level of education, women started to understand that they could be independent, so they began looking for symbols of feminine power. She also started to be worshiped by some followers of the pagan Wicca religion, which was created in the 1950s.

This appeal was enhanced by artists, who took her on as a muse. She started to be a popular motif in art and literature around the Renaissance period, when Michelangelo portrayed her as a half woman, half serpent being. He presented her around the Tree of Knowledge, and increased the importance of her legend. With time, Lilith became more attractive for the imaginations of male artists like Dante Gabriel Rosetti, who created her image as the most beautiful female being of the world. The author of ”The Chronicles of Narnia”, C.S. Lewis, was inspired by the legend about Lilith in the creation of the White Witch. She was beautiful, but dangerous and cruel. He mentioned that she was Lilith’s daughter and the she was determined to kill Adam and Eve’s children. 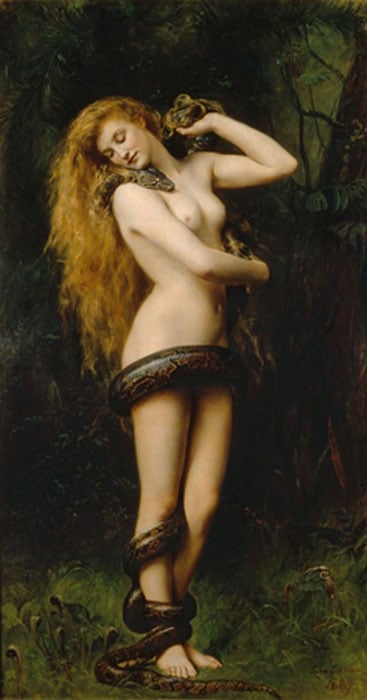 Less romantic pictures of Lilith appeared in the mind of James Joyce, who called her the patron of abortions. Joyce pushed Lilith into the feminist philosophy, and started the process of adopting her as a goddess of independent women in the 20th century. When women started to receive more rights, they started to disagree with the man-concentrated vision of the world, including the Biblical story about the beginning of the life on Earth. The name of Lilith appears as a national literacy program in Israel and the title of a Jewish women’s magazine. The ancient Sumerian legendary female demon is one of the most popular topics in feminist literature related to ancient mythology. Researchers still discuss if she was created as a real demon, or as an untrue warning of what may happen if women receive more power.

Ernest Abel, Death Gods, An Encyclopedia of the Rulers,Evil Spirits and Geographies of the Dead, 2009.

The Knowledge Of The Forever Time: Invitation # 7 – Damon T. Berry

In this Invitation a holy and hidden knowledge is revealed to be a part of nearly every ancient structure on earth. Within every stone creation around the world there is also an ominous message and it is given to all who walk upon this earth, Sadly, this message is lost to our greatest scientists and our best archaeologists, and the reason why is because our personal view of religion dictates whether a discovery is true, worthy, or the work of the devil. This episode is unlike any other you have ever seen and it is full of hidden knowledge and also the holiest knowledge on earth. This is the age of reason and the age of enlightenment and this is Invitation Number 7.