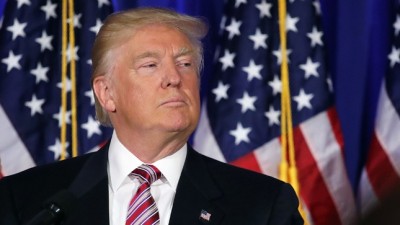 One voted for Ron Paul and another for John Kasich.

Latest news confirm that Donald Trump has surpassed the 270 electors vote required to become the 45th president of the United States.

UPDATE: 4.44pm EST: Trump is two votes away from away from being elected president of the United States. Sofar Trump has not lost a single Elector’s vote. Hillary Clinton has lost 4 Electoral votes.

UPDATE: 5.26PM EST. Texas will be reporting votes within the next few minutes, which will confirm Trump’s 270 required votes. At the moment, prior to the Texas results, Trump has 268 votes.

UPDATE: The latest figures at 4.30pm EST:  Donald Trump has 265 votes; Hillary Clinton has 160 votes. There are 109 votes pending. It’s not yet official but these results suggest a Trump win of the College Vote.

US news media report protest movements of several hundred in several state capitals urging College Electors not to vote for Trump. No significant mass movements took place. No shift in votes has occurred in relation to Trump.

The propaganda “fake news” campaign led by the mainstream media (with the support of Obama and CIA Director John Brennan) portraying Trump as a Russian agent has failed dismally.

The NYT acknowledges that:

Despite calls for electors to defy the voters in states carried by Mr. Trump, the only signs of “faithless” electors have been in states that Mrs. Clinton won. (NYT, December 19, 2016)

The most pernicious “hate news” attack on Trump was on NBC’s Saturday Night Live which intimated that if Donald Trump becomes president, “he will  kill us all”. 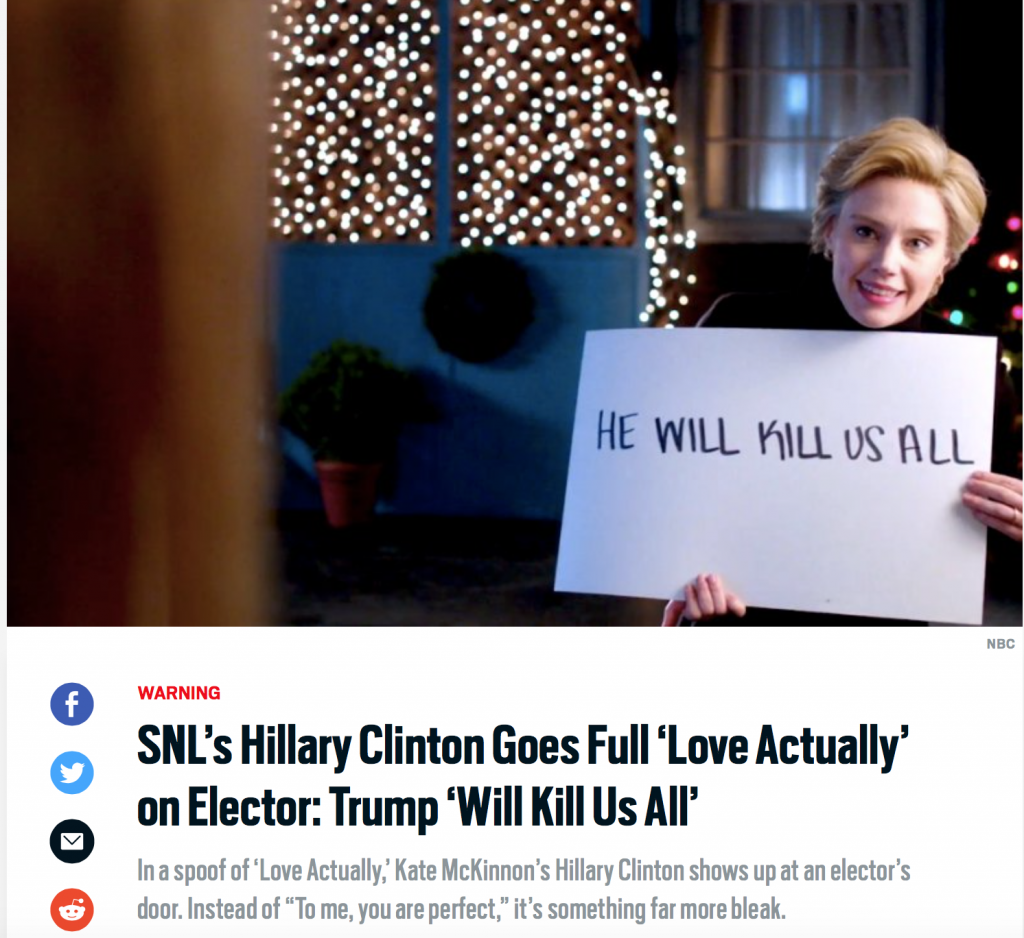 According to the reports:

There were many protesters but few faithless electors as Donald Trump appeared to cruise toward 270 votes in the Electoral College on Monday — ensuring he will become America’s 45th president.

Even one of Trump’s fiercest Republican rivals, Ohio Gov. John Kasich, said it was time to get behind the president-elect.

But despite the noise outside state Capitols, inside, the voting went pretty much as planned.

With more than 30 states reporting, neither Trump nor Hillary Clinton had lost a single elector.

Republican electors have been deluged with emails, phone calls and letters urging them not to support Trump. Many of the emails are part of coordinated campaigns.

Some [democrats] have also tried to dissuade Trump voters by arguing that he is unsuited to the job. Others cite the CIA’s assessment that Russia engaged in computer hacking to sway the election in favor of the Republican. (ABC news)

True wisdom comes to each of us when we realize how little we understand about life, ourselves, and the world around us.