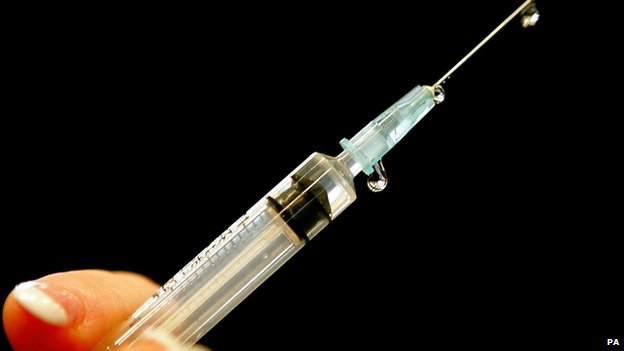 Italy has suspended the use of two batches of a flu vaccine made by Swiss firm Novartis after four people died shortly after receiving the drug.

Italy’s pharmaceutical watchdog Aifa said the suspension of Fluad was a precautionary measure – and tests were being conducted to establish whether there was a link.

Those who died were two women and two men aged between 67 and 87.

Novartis said “no causal relationship to the vaccine has been established“.

Fluad is a flu vaccine given to the elderly, which was approved in 1997.

In a statement, Aifa said: “At this point, it is not clear if there is a causal relationship or a link to the vaccination.

“A full picture will be formed only after a full analysis of all aspects, including the general health of the patients, their ages and probable conditions they might have had.”

Novartis said it had a “robust” safety history.

A review of the two batches in question has “confirmed that they are in conformity with all production and quality standards,” the company said.

It added: “Patient safety is our first priority and we take these reports very seriously”.

Fluad has been tested in clinical trials with more than 70,000 patients, added Novartis, which said it was working closely with Aifa for further assessment.

It added that Fluad had been used since 1997, during which time more than 65 million doses have been successfully administered around the world.