When every Mainstream Media outlet is controlled by the CIA, the entire industry is ultimately doomed.

The days when Meet The Press was considered to be an objective political talk panel are long gone.  Even back then when families were tuned in to this contrived Sunday morning program, its true agenda was transparent.  Both sides (every side) of the panel were chosen because they spouted a narrative that was within the realm of political correctness.  Because they could be relied up to stay within certain boundaries, they could  be controlled by those actually control the debate like the David Gregorys[1] of the world. 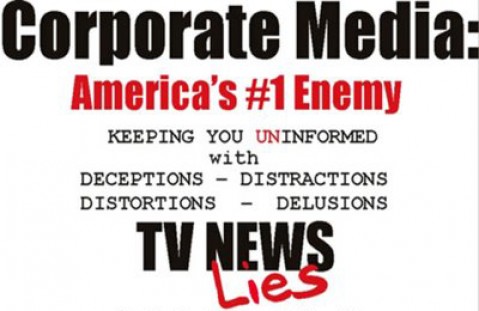 Whatever shows up in the public disourse as it plays out in the MSM is always subject to the most intense forms of censorship … behind the scenes.  Nothing gets projected on the TV (or motion pictures) unless it has gone through many levels of  excruciating scrutiny.  That’s the way it’s always been; that’s the way it will always be, especially as long as the CIA is running the show.

The best and easiest way to monitor and massage and manage all information that is presented to the public via a TV signal is to completely control the gatekeepers who anchor, announce, host and present the news, opinion, etc.  For example, it is common knowledge that the Meet The Press (MTP) moderator is on a very short leash; so too are all the invited guests on their respective leashes.  Whereas virtually everyone knows that David Gregory[2] has never practiced anything close to real journalism, very few know about the CIA masters to whom he really reports.  For that matter, David Gregory may not even know who his CIA handlers are.  Typically, there are several layers of buffer and management between the front line anchors throughout the US media and their CIA overlords who really run the ‘show’ and determine the programming.

Once the CIA determined that David Gregory was no longer useful to them because his credibility has been consistently lower than “dinosaur doodoo in the Mariana Trench“, “The Company” planted stories throughout the MSM that he has been subjected to psychological testing[3].  This is a classic CIA technique that is used to initiate the removal of an asset which has turned into a liability.   In the case of David Gregory, we’re talking about a HUGE liability, since Meet The Press is now not even taken seriously by the most gullible and naive among the viewing public.  Hence, psychological/psychiatric smearing is used since it has always been the quickest way to bring anyone down … fast.

The Mainstream Media is full of CIA cutouts who do the CIA’s bidding both wittingly and unwittingly.

It’s a well known fact in the upper echelons of the corporate media that every major player on all the major news networks is connected directly or indirectly to the CIA.  One simply cannot hold a position of MSM influence and power unless they have been thoroughly vetted by the folks at Langley (CIA Headquarters).  The same goes for all the editors and award-winning writers for all the major newsprint and magazines of any import.  After all, the MSM is the primary instrument by which the flow of both true and false information is modulated throughout the entire society.

A perfect example of this standard operating principle of the MSM is the way both the New York Times and Washington Post are used to originate propaganda against Russia in the current conflict in Ukraine.  As the newspapers of record for so many articles that are disseminated throughout the USA, the NYT and WashPo platforms are regularly utilized to influence public opinion to start wars and create conflict.  The truth be told, the NYT has probably started more wars than any other news publication in recorded history.  It is what they do best, and what they were created to do.

Even though there do appear to be dustups between the US Federal Government and the primary propaganda organs of the MSM from time to time, these are actually contrived.  In so doing, they intend to present the appearance of not being connected at the hip.  That’s not to say that there are not genuine differences or animosities between them from time to time.  These are engineered from the top without the knowledge of the journalists who are usually put on notice (like contempt of court)  by the government.

That David Gregory never even tried to fake it reflects the true state of affairs throughout the Mainstream Media.

Most of the time there is some serious acting going on in the MSM in order to present the semblance of an objective and truly investigative media.  The Fourth Estate, after all, is looked to as the pillar of truth that holds the other three accountable for both good and ill.  In the case of Gregory, this MO was completely ignored, perhaps in the interest of seeing just how much fake journalism they could get away with.  The American people have been dumbed down for many years now, and it is quite easy to mesmerize them with just about any character who is propped up on the TV screen. 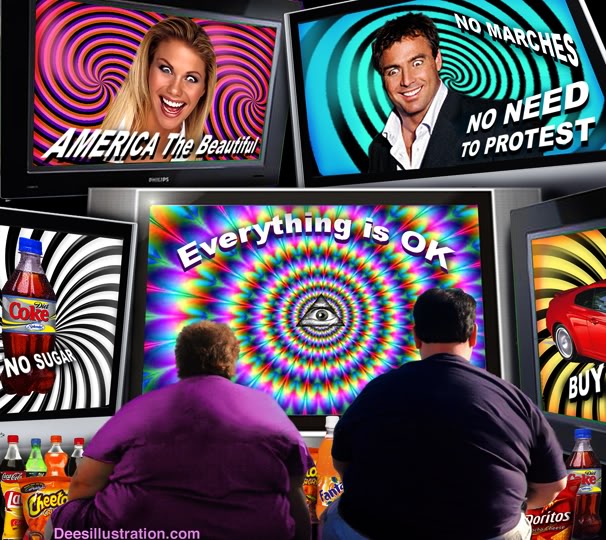