Two ancient temples, built by two ancient civilizations separated by more than 9,000 miles erected two structures with uncanny similarities that scholars have not been able to explain. Did they share the same blueprint?

Have you ever asked yourself how it is possible that many ancient structures around the globe are so similar in construction, style, and design?

Hundreds of pyramids and temples around the globe display chilling similarities with counterparts located thousands of kilometers away.

How can this phenomenon be explained?

Is it just coincidence at play? Or, as many other authors have suggested, an unconscious connection that connects ancient civilizations around the globe?

One of the most incredible—eerily similar—ancient temples we’ve ever encountered are located in Siem Reap, Northwest Cambodia, and its counterpart—more than 14,000 kilometers away in Guatemala. 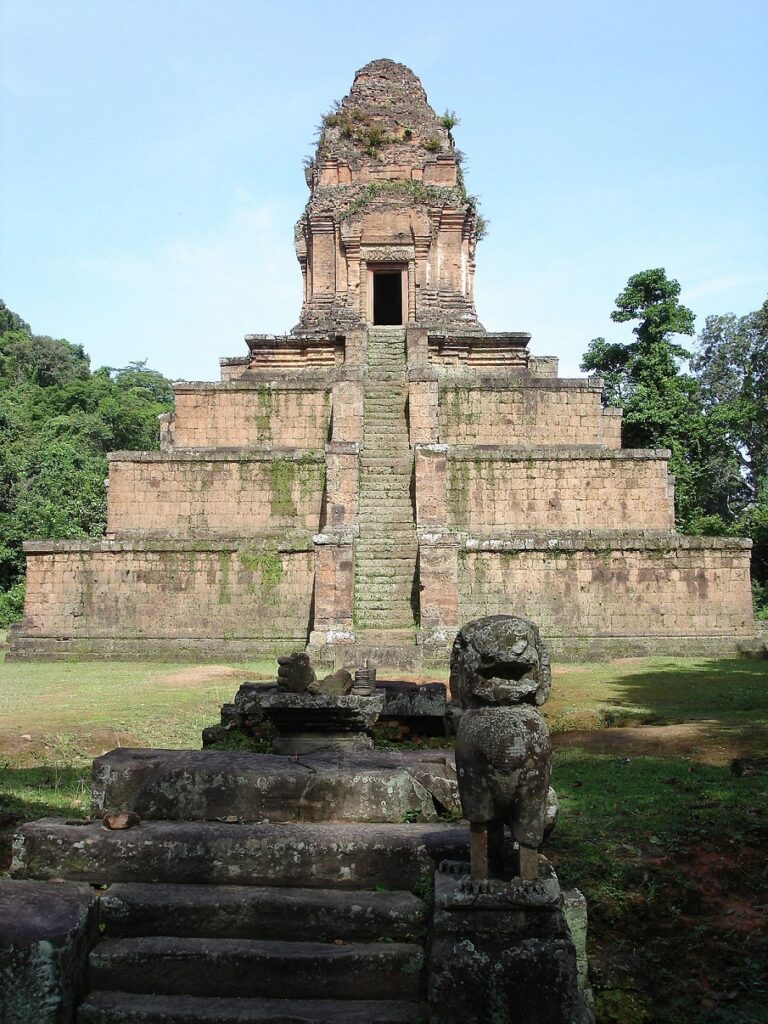 While it is a solid rock structure, and therefore cannot be carbon dated, mainstream archaeologists suggest that it was constructed in the tenth century AD.

Curiously, and to the surprise of many, the name Baksei Chamkrong means “The Bird Who Shelters Under Its Wings” and comes from an ancient legend. In it, the king tried to flee Angkor during a siege, and then a huge bird landed and sheltered him under its wings.

The Temple of The Great Jaguar (Guatemala) 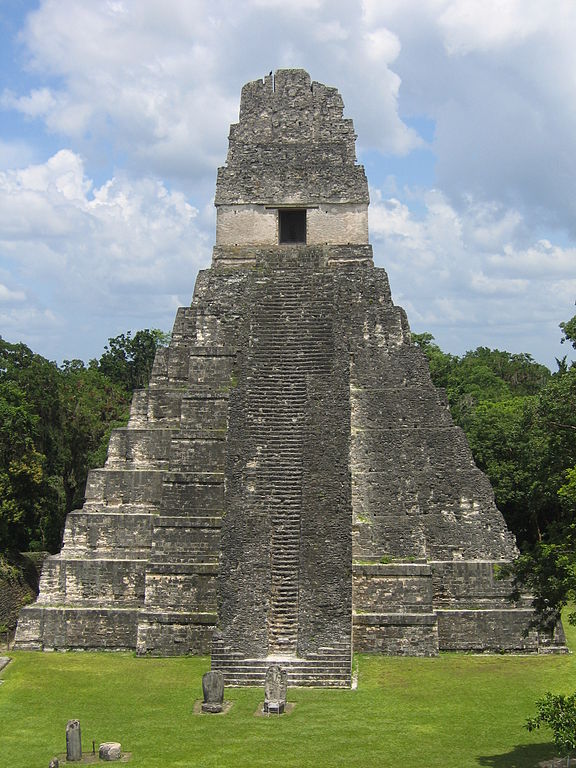 Located in the Petén Basin of Guatemala, lay the ruins of the ancient Mayan city of Tikal. It was one of the most important ancient cities of the Maya.

Amongst the long-forgotten structures at Tikal is the  Temple of the Great Jaguar, which according to experts dates back to the eighth century AD.

Although the Cambodian pyramid is much smaller than the pyramid in Guatemala, the similarities between the specific design features are uncanny.

Both these ancient structures have an unusually steep slope angle that we don’t see in many other pyramids or temples. However, and perhaps most importantly, they both feature a stepped formation.

There’s a massive stairwell going up the middle of both temples, and there’s a domed area located on the top. Once there, you can see there’s a small door that goes inside the pyramid, and there’s another internal structure that looks the same.

Basically what you have here is an ancient civilization in Cambodia and another one in Mesoamerica. Despite the fact they are separated by more than 9,000 miles—more than 14,000 kilometers—they feature incredible similarities that no one has been able to explain.

There are so many parallels between these two structures, it’s incredible.

It’s unbelievable that scholars haven’t recognized the parallels between these two structures until recently, and noticed that there are more structures around the globe which are also eerily similar in design.

So we know the similarities are there, but how can these be explained?

Is it possible that both ancient civilizations were using the same blueprint?

But if they, where did that blueprint come from?

Is it possible that both these seemingly unrelated sites, located thousands of miles apart, share a common architect? A common builder? One that as many authors have suggested did not originate from Earth, but rather from the stars?

Cambodian folklore ascribes the construction of Angkor to Preah Pisnokar, a being considered of half-human, half-divine.

Preah Pisnokar was the son of the moon goddess and a mortal man.

One day, the goddess decided to take Pisnokar to Heaven, where he meets the great high god Indra, who determines that the boy is to be given special education.

Once in heaven, Pisnokar was given knowledge about mathematics, engineering, architecture, and various other scientific disciplines.

If we take a glimpse at the ancient astronaut theory, we see there are interesting parallels that exist between the Mayan and Cambodian civilizations and their stories.

If we take a look at the Maya manuscripts, the god Kukulkan is responsible for the architecture and design of their pyramids and temples.

He was also the God who gave humankind knowledge on mathematics, engineering, and other different scientific disciplines, basically the identical instructions attributed to Pisnokar.

Kukulkan is said to have descended from a star.

In ancient Maya mythology, Kukulkan is depicted as the feathered serpent, but he was also seen as a big being who wore a helmet, but not just any helmet, one with rays on it, and he was depicted sitting on a half-open, egg-shaped ‘craft.’

According to Central American mythology, he was a teacher; he was the ‘bringer of knowledge.’

In other words, according to the ancient astronaut theory, he was a flesh and blood extraterrestrial.

But is it possible that these two ‘otherworldly architects’ are in fact one the same?

And if so, is it possible that there is more evidence of a ‘master builder’ in other parts of the world as well?