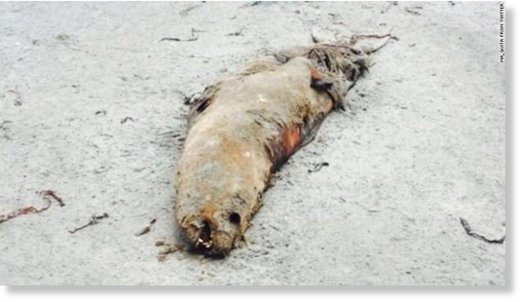 Most of the dead sea lions that are washing up along northern Chile are newborn pups. The deaths are part of a widespread die-off observed elsewhere on South America’s Pacific coastline.

Marine researchers have found more than 100 dead sea lions — most of them newborns — washed ashore along a relatively small peninsula in northern Chile over the past three months, part of a more widespread die-off being observed elsewhere on South America’s Pacific coast.

“This is happening along the entire coast of northern Chile and we’re getting reports that it’s also happening in Peru, our neighbor to the north,” researcher Carlos Guerra-Correa told CNN. “We could be talking about hundreds of sea lions washing up ashore dead in the entire region.”

The South American sea lion (Otaria flavescens) is the species affected by the die-off observed in the area of the Mejillones Peninsula in Antofagasta province, where the researchers routinely conduct marine studies.

Guerra-Correa said he is concerned that the vast majority of the dead sea mammals are newborns — though some juveniles and adults have been found.

“Some of the dead animals we have found still had their umbilical cord attached,” Guerra-Correa said. “We found one with a placenta.”