Severe thunderstorms caused significant damage from the central Plains through the mid-Mississippi and Tennessee River valleys during the start of Memorial Day weekend.

The majority of damage occurred from very large hail which smashed windows and dented vehicles. In some locations, the size of the hail was as large as softballs.

Two people were reported dead and another missing after their car was found in Branson, Missouri, on Sunday following severe flooding. Officials believe the car drove into rushing water the day before. 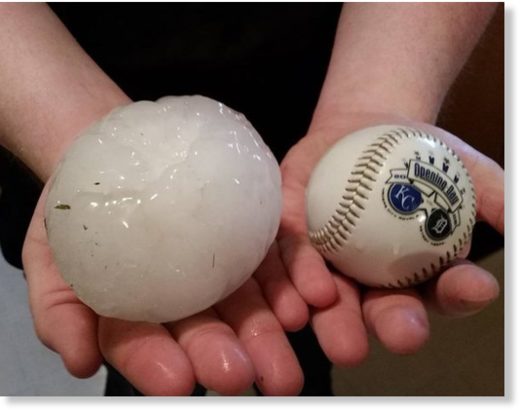 More than 760 wind and hail reports poured in during Saturday and Saturday night, with the worst of the thunderstorms occurring over Oklahoma, Missouri and Tennessee, according to the National Weather Service.

Over 75,000 were still without power across Missouri, Oklahoma, Arkansas and Tennessee early on Sunday morning.

Cleanup operations can begin in full force across the central Plains as drier, cooler air presses southward in the wake of the storms early this week. However, areas farther south and east could be threatened by more rounds of thunderstorms, some of which could turn severe, through Memorial Day. 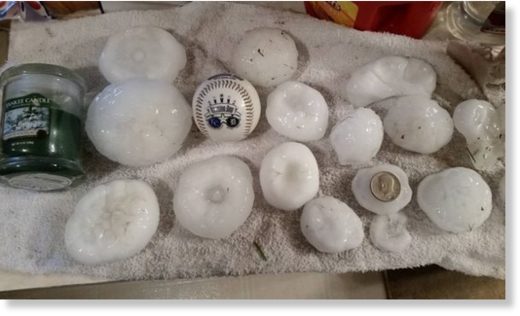