The Great Pyramid of Giza (known also as the Pyramid of Khufu, or the Pyramid of Cheops) is one of the Seven Wonders of the Ancient World and the only one that remains today. The Great Pyramid is the oldest and largest of the three pyramids at Giza, the other two belonging to the pharaohs Khafre and Menkaure. Although the Great Pyramid has survived till this day, it has not escaped from weathering and has a drastically different look from when it was newly completed. 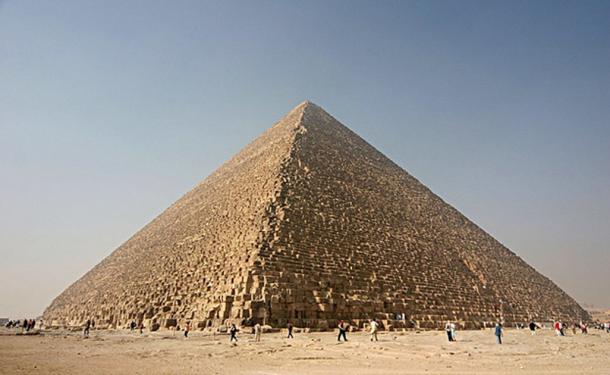 Construction of the Pyramid

It has been estimated that up to 2.4 million stone blocks, each of which had to be cut and dressed before they could be used for the construction of the pyramid. The core of the Great Pyramid consists mainly of rough blocks of limestone that were quarried at the Giza Plateau. This limestone, however, is of low quality and has a brownish-yellow color. Within the Great Pyramid is the central chamber, which contained the pharaoh’s sarcophagus. Reddish-pink granite was used to construct the chamber, as it was able to support the weight of the stone blocks above it. 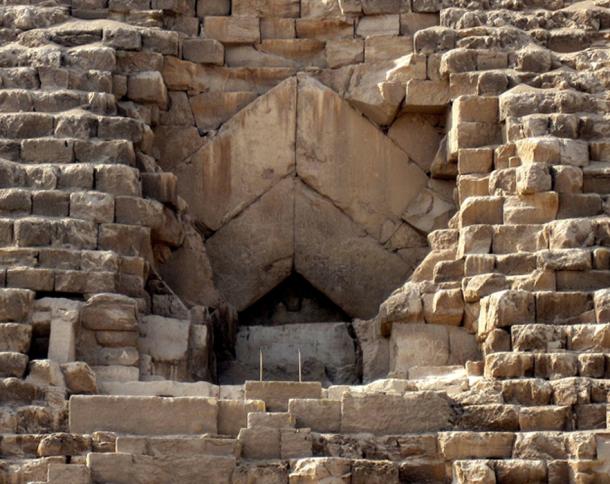 Originally, the Great Pyramid was covered with blocks of limestone that came from Tura, about 129 km (80 miles) away, on the other side of the Nile. These casing stones served to cover the brownish-yellow limestone that was used to construct the pyramid’s core. Moreover, the Tura limestone made the Great Pyramid dazzling white, which would have made it highly visible, even from afar away. 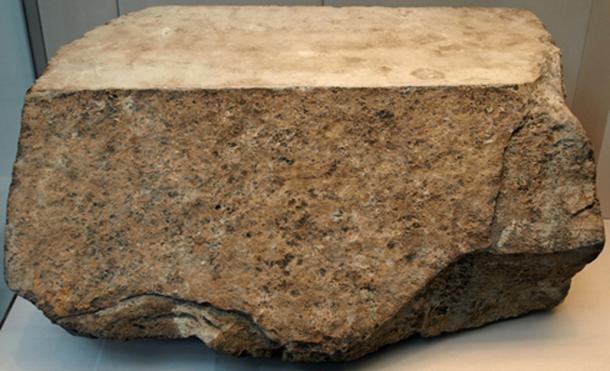 One of the original casing stones for the Great Pyramid (circa 2570 BC), most of which were removed during medieval times. This block was found in the rubble surrounding the pyramid. (British Museum / CC BY-SA 3.0 )

Today, however, the Great Pyramid is no longer dazzling white, as the Tura limestone blocks were removed during the Middle Ages. During the 14 th century, a massive earthquake loosened many of the outer casing stones. The dislodged stones were taken by the Bahri Sultan, An-Nasir Nasir-ad-Din al-Hasan in 1356 to build mosques and fortresses in nearby Cairo. The casing stones that were left on the Great Pyramid continued to collapse in the subsequent centuries, leaving piles of rubble at the monument’s base. These were cleared away when the site was excavated. Nevertheless, many of the casing stones covering the base of the pyramid have been left on site and may still be seen today. 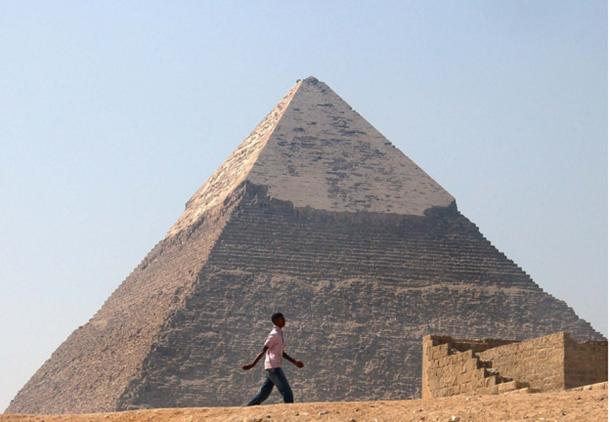 White casing stones remain near the top of the Pyramid of Khafre. ( CC BY 2.0 )

When was the Great Pyramid Built?

The Great Pyramid of Giza is thought by the majority of mainstream archaeology to have been built during the reign of Khufu, the second pharaoh of ancient Egypt’s Fourth Dynasty. The precursors of the Great Pyramid may be found in Early Dynastic period. During this time, it is believed royal tombs were built into the ground and covered with a type of monument known as a ‘mastaba’. These were rectangular, flat-topped structures with inward sloping sides that were constructed using mudbricks. The first pyramid was built by Djoser, the founder of the Third Dynasty, at Saqqara, although the age of all the pyramids remains and area of contention. The Pyramid of Djoser, known also as the Step Pyramid, consists of six mastabas of decreasing size and its design has been attributed to Imhotep. 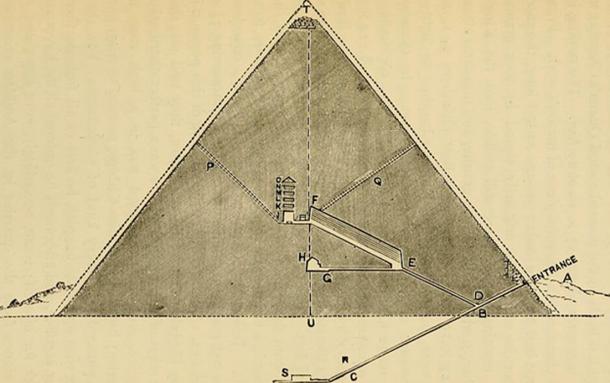 The pharaohs of the Third Dynasty followed Djoser’s example and built step pyramids for themselves. These, however, were not completed, possibly due to their relatively short reigns. It was during the Fourth Dynasty that the first ‘true’ pyramid, i.e. one with smooth sides, was built. This is the Red Pyramid of Dahshur, known also as the North Pyramid. The Red Pyramid was built by Sneferu, the founder of the Fourth Dynasty, and is named as such due to its red limestone blocks . Incidentally, Sneferu was also the builder of the Bent Pyramid which is also located at Dahshur. This pyramid has a 54° inclination at its base, which narrows to 43° to the top, thus giving it a bent appearance. It is widely believed that this is the transitional form between the step pyramid and the true pyramid. 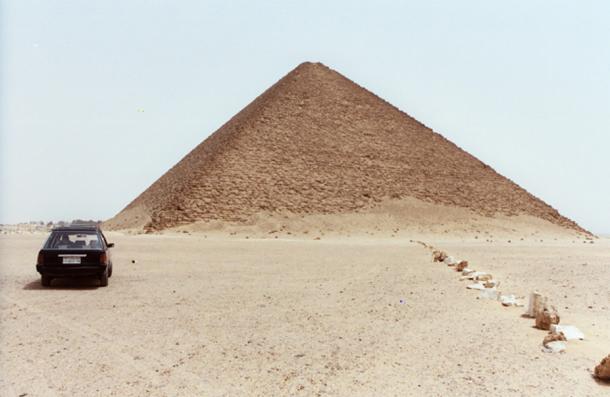 The Mystery of How the Great Pyramid was Built

The Great Pyramid was built by Sneferu’s successor Khufu. Prior to the construction of this pyramid, the Red Pyramid was the largest Egyptian pyramid (it remains the third largest, after those of Khufu and Khafre). One of the mysteries surrounding the Great Pyramid is the way it was built. Various theories regarding the techniques used to construct the pyramid have been put forward over time, though there is still no consensus as to how this ancient wonder was actually built.

The Golden Age of Egyptian Pyramids

The reigns of Khufu, Khafre, and Menkaure are regarded to be the golden age of Egyptian pyramids. During the subsequent Fifth and Sixth Dynasties, pyramids were continued to be built, though a decline in quality and scale is evident. The last of the great pyramid builders was Pepy II, whose pyramid was built in Saqqara. Several years after Pepy II’s death, the Old Kingdom collapsed, and a period of instability known as the First Intermediate Period ensued. Although pyramids were built by later pharaohs, they were certainly not as grand as those built during the Old Kingdom.

The Revelation Of The Pyramids (Documentary)