The Yangshan Quarry is famous for an unfinished stele of huge size that was abandoned there during the reign of the Yongle Emperor, the third ruler of the Ming Dynasty in China, reigning from 1402 to 1424.

The Yangshan Quarry, an ancient stone quarry near Nanjing, China, was used during many centuries as a source of stone for buildings and monuments of Nanjing. It is now preserved as a historic site. 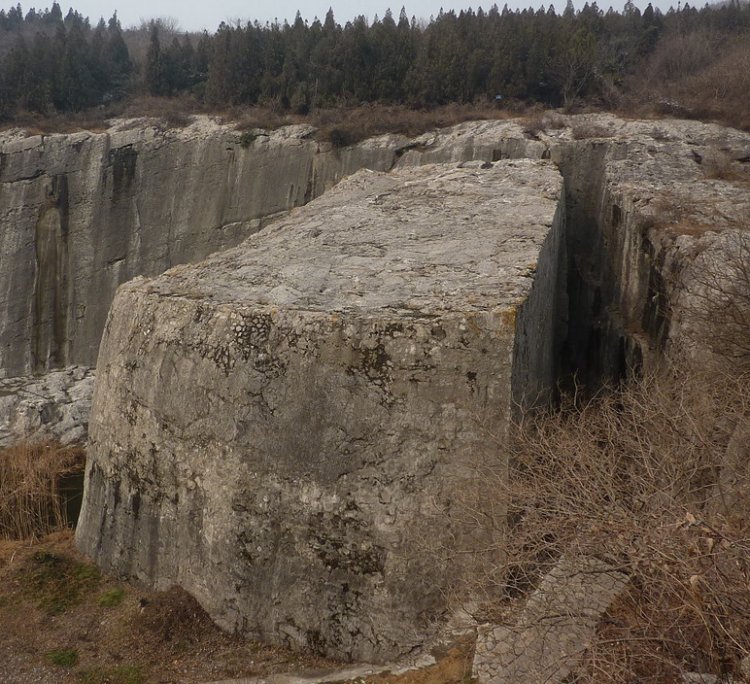 Yangshan unfinished stele, China -The stele base, partly separated from the body of the mountain. Photo: Wikipedia

In 1405, the Yongle Emperor, ordered the cutting of a giant stele in this quarry, for use in the Ming Xiaoling Mausoleum of his deceased father.

Three separate pieces were being cut: the rectangular stele base (pedestal), the stele body, and the stele head (crown, to be decorated with a dragon design). After most of the stone-cutting work had been done, the architects realized that moving stones from the quarry to Ming Xiaoling and installing them there in a proper way, would not be physically possible.

As a result, the project was abandoned and the three unfinished stele components remain in Yangshan Quarry to this day. 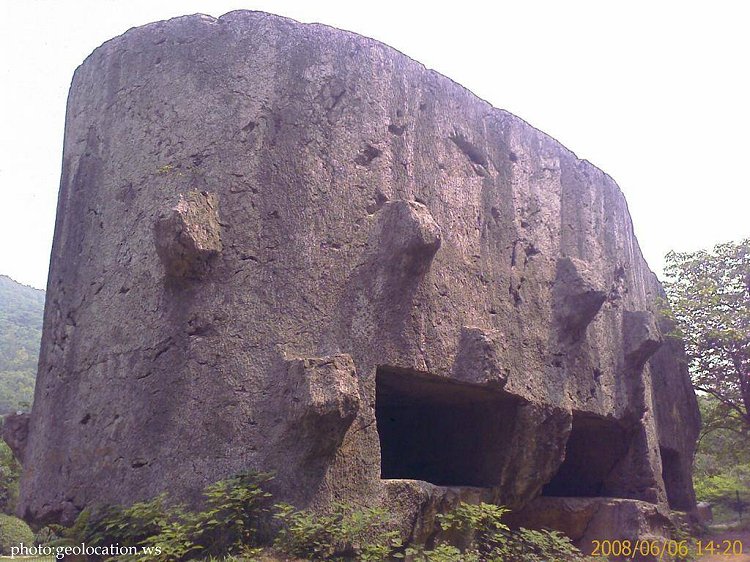 The unfinished “Monument Head” (image above) and the side of the Monument Body sitting still attached to the living rock in the middle of the north-eastern pit of the Yangshan Quarry, now nicely landscaped. The “head” is the top part of the stele, which, in a finished stele would probably have been fashioned into a dragon design.

According to experts, if the stele had been finished and put together, by installing the stele body vertically on the base, and topping with the stele head, then it would have stood 73 meters tall.

Legend has it that workers who failed to produce the daily quota of crushed rock of at least 33 sheng would be executed on the spot.

In memory of the workers who died on the construction site-including those who died from overwork and disease-a nearby village became known as Fentou, or “Grave Mound”. 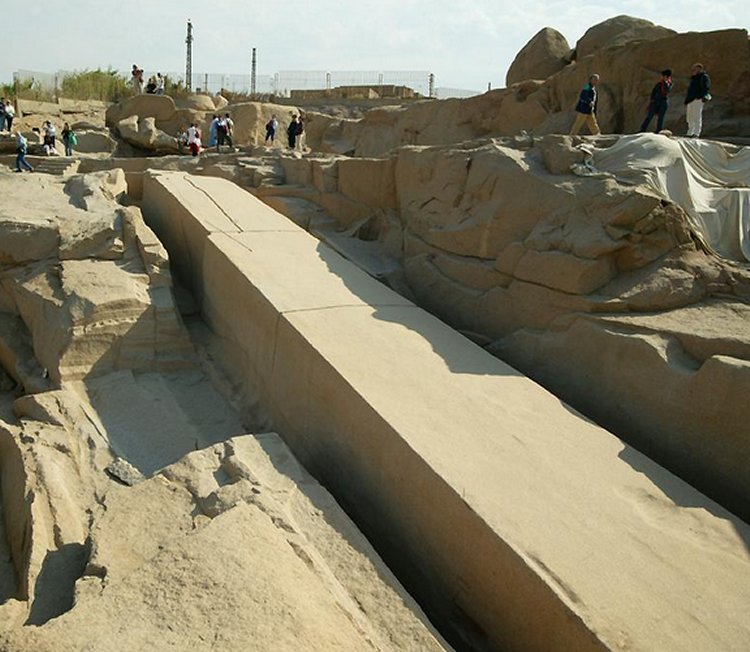 The obelisk’s creators began to carve it directly out of bedrock, but cracks appeared in the granite and the project was abandoned. Originally it was thought that the stone had an undetected flaw but it is also possible that the quarrying process allowed the cracking to develop by releasing the stress. The bottom side of the obelisk is still attached to the bedrock. (via clubvision-eg)

Another unfinished gigantic stone structure is located in the northern region of the stone quarries of ancient Egypt in Aswan (Assuan), Egypt. It was ordered by Hatshepsut (1508–1458 BC), possibly to complement the Lateran Obelisk (originally at Karnak, and later brought to the Lateran Palace in Rome).

It is nearly one third larger than any ancient Egyptian obelisk ever erected. If finished it would have measured around 42 m (approximately 137 feet) and would have weighed nearly 1,200 tons.

The unfinished obelisk offers unusual insights into ancient Egyptian stone-working techniques, with marks from workers’ tools still clearly visible as well as ocher-colored lines marking where they were working. 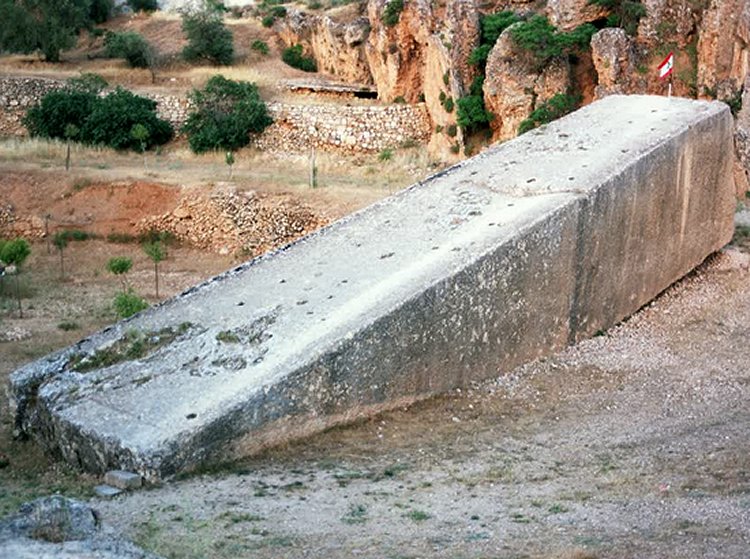 Baalbeck – Stone of Pregnant Woman in Ruins of Baalbeck, Lebanon via touristtube.com

At the southern entrance of Baalbeck is a quarry where the stones used in the temples were cut. A huge block, considered the largest hewn stone in the world (another ancient stone block is also nearby) still sits where it was cut almost 2,000 years ago.

Called the “Stone of the Pregnant Woman”, it is 21.5m x 4.8m x 4.2meters in size and weighs an estimated 1,000 tons. Similar stone blocks of a 20m-length were used for the podium of the huge Temple of Jupiter in the Roman sanctuary of Baalbeck.