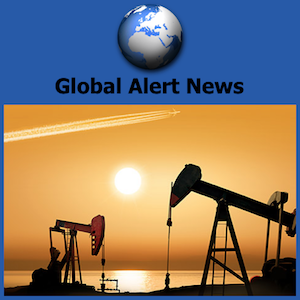 Dane Wigington
geoengineeringwatch.orgThe siege of planet Earth and the web of life continues on all fronts. All the while the delusion of perpetual growth on a finite planet with finite resources is alive and well. Many populations around the globe remain completely oblivious to implosion of the biosphere, this is especially true in the US. From the South Seas to the Pacific Northwest, dead marine life is washing up in unimaginable quantities. A weekly  parade of completely engineered Eastern US snow storms  carries on, the latest is “winter storm Petros”. Between these chemically ice nucleated creations the record high temperatures return. Earth is warming at least 50 times faster than when it has previously come out of ice ages. Climate engineering is fueling the overall warming, not mitigating it. How can all this be hidden in plain sight? Mainstream media and the “meteorologists” that represent them are a primary tool of total deception for those in power. If you have had enough of life threatening lies, publicly (and peacefully) confront our news and weather personnel that claim to represent the public’s interests (but instead have completely betrayed the public). The attached broadcast is a case in point.

What remains as the greatest and most immediate threat to the web of life on Earth? It can be seen over our heads every single day. What is the real story? We must all keep connecting the dots, we must all make our voices heard in the fight for the greater good.
DW

The Evolution of Human Birth: An Incredible Story a Million Years in the Making

What kind of aircraft can cut through the clouds like this?

The Field of Potential – The Council of Light – Micheila Sheldan

All Wars Are Well Planned Banker Wars, Including World War 3

Scientists to use robots to look inside the hidden, never-before-seen chamber in the Great Pyramid

Kurt Sonnenfeld: The man behind the camera – 9/11 witness.

Parting Ways And Letting Go Of Friends After Your Awakening

Ralph Nader on Donald Trump vs Bernie Sanders in 2016

Take a Piss On Beautiful Landscapes in ‘Pee World VR’