The radiation ‘doesn’t pose a threat,’ but that could change

Seaborne radiation from Japan’s Fukushima nuclear disaster has been detected in seawater samples taken from Tillamook Bay and Gold Beach in Oregon, researchers from the Woods Hole Oceanographic Institution have announced. [1]

The institution’s chemical oceanographer, Ken Buesseler, has been tracking the radiation plume in a crowdfunded effort “to monitor the ongoing spread of radiation across the Pacific and its evolving impacts on the ocean,” the institution’s website states. 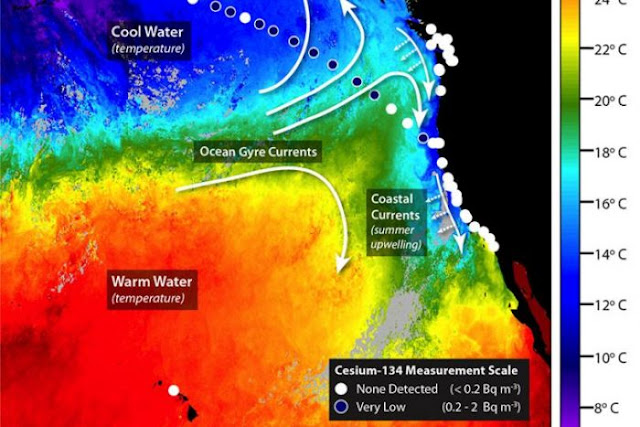 The researchers say they know the radiation, cesium-134, had to come from Fukushima because of its short half-life. [2]

The isotope was also detected in November in a Canadian sockeye salmon sampled from Okanagan Lake in the summer of 2015, the Fukushima InFORM project said. The level detected was more than 1,000 times lower than the action level established by Health Canada. [2] 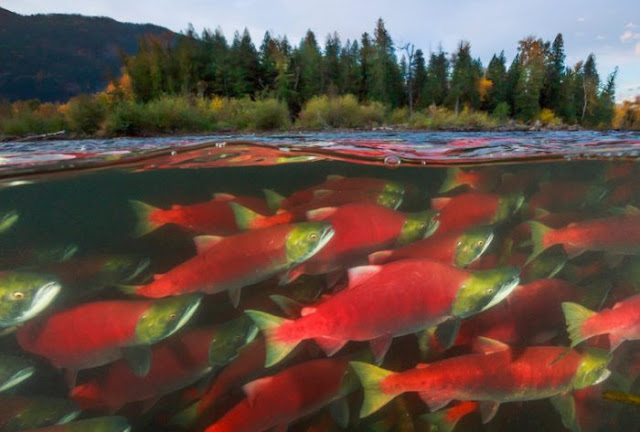 InFORM assesses the radiological risks to Canada’s oceans posed by the Fukushima disaster. It is a partnership of 12 academic, government, and non-profit organizations, including Woods Hole.

According to the researchers, in both cases, levels are so low that they don’t pose a danger to humans or the environment. But the discoveries show that nearly 6 years after the 9.0 earthquake and subsequent tsunami that ravaged Fukushima (even though the disaster might not be in the headlines every day), the ramifications haven’t disappeared. In fact, a full clean-up is expected to take 40 years. [1] [2]

And were it not for the institution, we might never have discovered the radiation at all. The Woods Hole website states:

“Despite concerns, there is no US government agency monitoring the spread of low levels of radiation from Fukushima along the West Coast and around the Hawaiian Islands—even though levels are expected to rise over coming years.”

The Oregon samples were taken in January and February of 2016 and later analyzed. Those results will grow in importance when it comes to tracking the radiation plume, because cesium-134’s short half-life will make it harder to detect as time progresses. [2]

The contamination is progressing towards the U.S. east coast at an extremely slow speed. It’s creeping across the Pacific, really. Cullen says that when radiation levels eventually peak, they still won’t be a health concern. But that could all change if, say, another major disaster or accident occurs at Fukushima, which houses more than 1,000 enormous steel tanks of contaminated water and hundreds of tons of molten fuel.

The worst-case scenario? The molten fuel could melt through steel-reinforced concrete containment vessels into the ground, where radiation would spread uncontrollably in the surrounding soil and groundwater, and eventually into the sea. Says Buesseler:

“That’s the type of thing where people are still concerned, as am I, about what could happen.”

My passionate sense of social justice and social responsibility has always contrasted oddly with my pronounced lack of need for direct contact with other human beings and human communities. I am truly a ‘lone traveler’ and have never belonged to my country, my home, my friends, or even my immediate family, with my whole heart; in the face of all these ties, I have never lost a sense of distance and a need for solitude.