TMR Editor’s Note:
There is perhaps no greater Internet-wide PSYOP than the CIA-directed Flat Earth Conspiracy (FEC).  This covert black operation has London’s notorious Tavistock Institute written all over it.

The Millennium Report has posted extensively on this extremely effective PSYOP since its inception. We have felt compelled to address it one last time because of a number of prominently configured truth-tellers who either subscribe to the FEC utter nonsense or who provide a safe haven to discuss their absurd and distracting ‘theories’.

How is it that some major alternative news websites even host the ridiculous ramblings of Flat Earthers … … … unless they, themselves, have been set up to do so? If ever there was a universal hot-button issue on the World Wide Web that ought to send up big bright RED flags, any website or blog that takes this mental diarrhea seriously is it. Unless they are totally exposing the FEC for the wacky (yet contrived) insanity that it truly is, why even go there.

No one is saying that the current scientific paradigm that involves both astrophysics and astronomy is not full of holes. Nor is there any reason to stop questioning every aspect of those various disciplines of modern science which have been shown to fall short … some woefully short of the mark. However, the FEC was designed from the get-go to take any rational discussion into a completely irrational direction.

Really, who doesn’t know by now that NASA will lie and misrepresent whenever it behooves them to maintain their New World DisOrder? Are the sane and rational among us going to throw the baby out with the bath water because of perennial NASA prevarication?

For those who are uninitiated in this area of inquiry, the following links will bring you up to speed.

With these articles understood the one posted below will be much more easily comprehended.

N.B If ever there was a MUST VIEW video concerning the fabricated Flat Earth phenomenon, the following presentation on leading Flat Earth promoter Eric Dubay is it. Truly, only seeing is believing!

(It’s “what if the earth were flat” you tin hatters!)

The Flat Earth fad is a “conspiracy theory” designed to
distract, divide and discredit those who understand
modern society has been enslaved by the Judeo Masonic
(Satanic) conspiracy. It  creates cognitive dissonance, and
make us question all our assumptions, especially those which
are True.
–
by Sean Caiside

“This flat earth stuff is to mess with your mind.”

* * *
According to some,  the earth is in fact a flat disc and not a globe. This meme took off after Obama equated climate change deniers to members of the “Flat Earth Society.” Within 12 months, YouTube was flooded with a mass of videos. 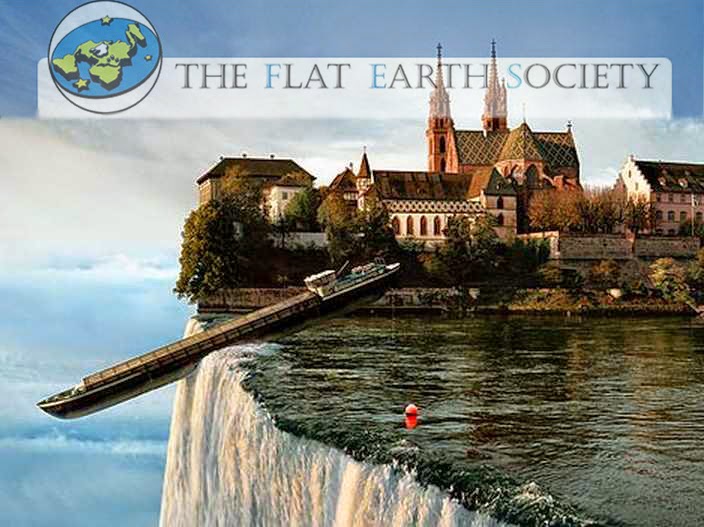 The assumptions of this Meme are:

1. The Earth is a Flat Disc.
2. Our globe-shaped world orbiting the sun is a myth.
3. The sun and moon are spherical, but much smaller than mainstream science states, and they rotate around a plane of the Earth, because they appear to do so.
4. Arctic Circle in the centre and Antarctica is a continent forming an ice rim of 150-foot-tall wall of ice, NASA and the military guard this wall to stop you climbing over it and falling off the end of the Earth.
5. Gravity is an illusion. When driving, it is not gravity that pins you to the road, but the rapid upward motion of a disc-shaped planet.
6. Space exploration and the moon landings are all faked.
7. The Sun is not 93 million miles away but is much smaller and only 4,000 miles above the Earth.
8. Horizon is always at eye level.  (See also- Ten Absurd Claims  of Flat Earth Conspiracy Theorists)

They fail to address:

1. What lies underneath the Earth and how the disc sits or what holds it up. [The earth sits on the back of giant tortoise- Makow]

2. Cannot explain orbiting satellites or GPS. They rationalize that Satellites are a hoax and GPS only exists due to a network of radio transmitters.

3. How does the Sun circle the Earth for night and day. They say Sun travels via zero space and instantaneously appears on the other side of the disc. When facts and science contradict, they make up nonsensical explanations. First, gravity does not exist and then it does exist to bend the sun’s rays. This is when they are explaining why you can’t view the other end of the Earth. To debunk a globe model; they have yet to produce is a photo of edge of the flat earth.
_
BACKGROUND 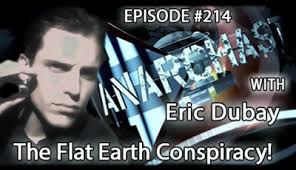 Conspiracy theorist Eric Dubay launched the International Flat Earth Research Society (IFERS) claiming all others were “controlled opposition”. Dubay stands out for a documentary claiming Adolf was a peaceful, honourable individual unfairly tarnished by the Zionist media.
Flat Earthism is like a new religion with its dogmas  and many schisms. Three websites vying for flat earth supremacy differ from the trivial (who had the idea first) to the argumentative (Are the Jews to blame for suppressing flat-Earth truths?). Everybody is trying the define it; there is no unified theory.
Flat earther, Daniel Shenton states, “There is no unified flat Earth model but the most commonly accepted one is that it’s more or less a disc, with a ring of something to hold in the water. The height and substance of that, no one is absolutely sure, but most people think it’s mountains with snow and ice.”
_

This is a “PsyOp” which requires large funding from intelligence agencies and governments and corporations. It has become a tool of reverse psychology e.g. if you are broad minded enough to know 911 was a false flag; and now just accept Flat Earth theories. When you engage with this Psyop, a paid shill replies from their “Flat Earth Manual” like some cyborg, there is a mass of paid bloggers on CIA pay roll to push this. 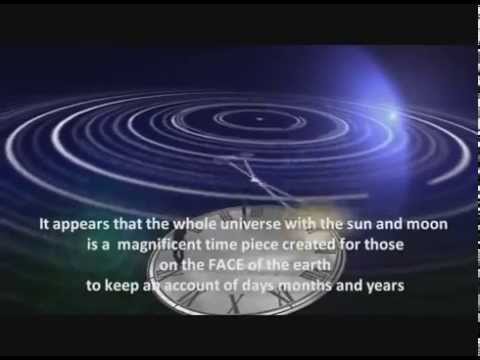 (above. They think the earth is the center of universe.)

The meme is the ideal project for mind-control that could be devised by Tavistock institute & CIA. It is amazing how many clever, well-meaning and spiritually oriented individuals have been suckered in by this transparent pseudo-scientific sham.
The psy op is designed to create cognitive dissonance. You’ve been lied to your whole life to believe in the Globe model.
What is the underlying agenda? Lumping Christians and Truthers in a divide and rule strategy; some will fall for this trick while others won’t be easily deceived by this nonsense. This flat earth stuff is to mess with your mind.
Flat Earthers exchange one set of lies for another. My advice is to eschew cognitive dissonance and reside in truth. 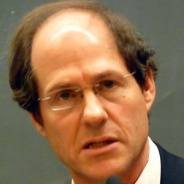 About 1 year ago, conspiracy youtubers started getting flooded with flat earth video recommendations even though they had previously never watched a flat earth video in their life. Cass Sunstein, left, chief Obama administration propagandist describes this technique in his book “Nudge.” The technique is to target groups whose opinion they want to shape and gently nudge in the certain directions with several techniques. These include infiltrators and internet forums or comments sections of articles as well as using connections with websites such as youtube to give people recommendations based on their data to push them where they need to go.

Up until now on youtube, this has been most notably used for pushing the reptillian story as well as other bizarre new age conspiracy angles to make people discredit themselves when talking about truth as well getting lost in labyrinths of insanity. It has also been used for other topics such as global warming, zionism, and alternative health (which Sunstein specifically mentions in his book). It is important that the nudging is gentle and incremental.

I have come across many people who just one year ago were speaking serious truths. Now all they want to talk about is the flat earth, something of no consequence compared to the murder of almost all of humanity.

These people have been NEUTRALIZED

Makow comment:I think they have made their point. A lot of so-called “Truthers” are mentally unstable. Pilots would have flown over the edge and under the disc long ago.

David Livingstone: “I think it’s pretty obvious what it’s designed to do: the absorb the “truth” community in complete nonsense. But such utter nonsense that it will completely discredit anyone nearly associated with it. Talk about 9/11 now, or the Illuminati, or Bilderberg and you can be denounced as a “flat earther”. And this is a paragraph from my book Black Terror White Soldiers.

“The notion that the people of Columbus’ time believed the earth was flat was a myth invented during the 19th century by two Skull and Bones members to discredit Christianity, as part of what is known as the “Conflict Thesis”:

More anti-Christian propaganda was created in the seventeenth century when historians invented what is known as the “Flat Earth Myth,” which claimed that Medieval Christian Europe believed the earth was actually flat, a notion that was supposedly contested by Columbus. The myth was created as part of a campaign by Protestants against Catholic teaching. Historian Jeffrey Burton Russell claims “with extraordinary few exceptions no educated person in the history of Western Civilization from the third century B.C. onward believed that the earth was flat,” and he regards that the myth gained currency in the nineteenth century due to inaccurate histories such as John William Draper’s History of the Conflict Between Religion and Science (1874) and Andrew Dickson White’s History of the Warfare of Science with Theology in Christendom (1896).[i] Dicksen was member of the notorious Skull and Bones at Yale and co-founder of Cornell University.[ii] Draper and White were the most influential exponents of the Conflict Thesis, the proposition that there is an intrinsic intellectual conflict between religion and science and that the relationship between religion and science inevitably leads to public hostility. Draper’s book received worldwide recognition and was translated into several languages, but was banned by the Catholic Church.

[i] Russell, Jeffrey Burton (1997), “The Myth of the Flat Earth,” Studies in the History of Science (American Scientific Affiliation).

Flat Earth: How to Prove that the Earth is a Sphere and NOT FLAT using Trigonometry and a Calculator