Did we inherit our genes from an advanced alien race that seeded life on our planet and genetically engineered our species in their image?

Is there a coded alien message in our DNA?

As you already know from my one of my previous articles, Scientists Question the Age and Origins of Man, several puzzling ancient discoveries have led archaeologists to believe that our ancient civilizations were much more advanced than previously thought.

The serious flaws in Darwin’s theory of evolution challenge our deep-rooted beliefs and urge us to open our minds to new possibilities and explore the ancient world from a different perspective. 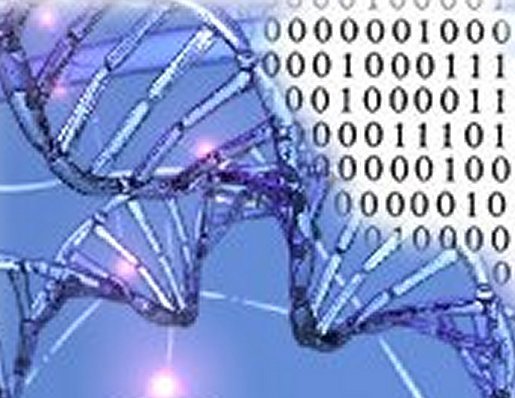 The theory that “someone” seeded life on our planet has been promoted for many years by distinguished scientists. Let us mention Sir Francis Crick as a good example.

(1916-2004) who was Nobel Prize Winner, astronomer and co-discoverer of the DNA molecule suggested in the 1980s that an advanced civilization seeded life on Earth in the remote past. This theory is called Directed Panspermia.

Sir Francis Crick was not only an intelligent but also a courageous scientist who was not afraid of facing criticism from those who disliked his unorthodox ideas.

While searching for the origins of life, Crick did not pursue ancient historical mysteries. Instead, he focused on the nature of DNA (Deoxyribonucleic acid) and RNA (Ribonucleic acid) and what at that time was known about how life originated on Earth.

‘We shall postulate that on some distant planet some four billion years ago or so, there had evolved a form of higher creature who, like ourselves, had discovered science and technology, developing them far beyond anything we have accomplished.’

The earliest traces of life we can detect at the present time are found associated with rocks dated to about 3.6 billion years ago… but the fossil record, formed by simple animals whose hard parts have been preserved, is only 0.6 billion years old,” wrote Sir Francis Crick in his book Life Itself: Its Origin and Nature.

Crick was aware of the astonishing complexity of DNA. He pointed out that it took the simplest single cell organisms 1.4 billion years to evolve. The next crucial step in complexity to multicellular organisms took almost 2 billion years more. However, when mammals suddenly appeared about 200 million years ago, for some reasons complexity took a quantum leap.

Related article: Which Star System Did YOU Originate From?

The main point is that we expect it should have taken a shorter period of time for the simplest life-forms to evolve and much longer for the most complex organisms. 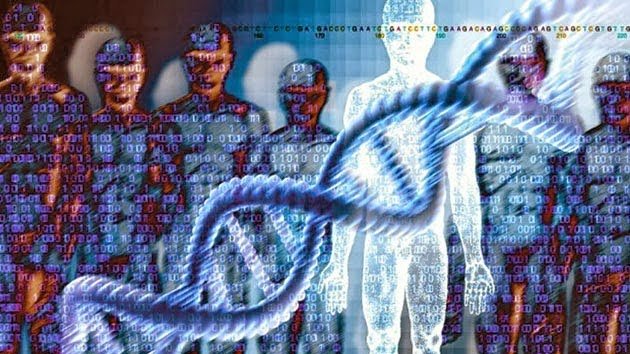 Yet for mammals it took only a fraction of the time to develop compared to the earliest and simplest life-forms. What happened?

Crick discovered that strong evidence supporting Directed Panspermia came in the fossil record. According to Crick’s theory microorganisms should appear suddenly “without any evidence of prebiotic systems or very primitive organisms.”

Crick came to the conclusion: “Directed Panspermia – postulates that the roots of our form of life go back to another place in the universe, almost certainly another planet; that it had reached a very advanced form there before anything much had started here; and that life here was seeded by microorganisms sent on some form of spaceship by an advanced civilization.”

Another scientist who put forward a very interesting theory is Professor Paul Davies from the Australian Centre for Astrobiology at Macquarie University in Sydney, Australia. Prof. Davies believes that there might be an alien message coded in our DNA.

‘Scientists have recently discovered large sequences of “junk” DNA that contain no genes and appears to be very stable. If ET has put a message into terrestrial organisms, this is surely where to look.’

The artifact could easily end up buried or drowned or eroded to scrap. The ideal solution would be to encode the message inside a large number of self-replicating, self-repairing microscopic machines programmed to multiply and adapt to changing conditions.

Fortunately such machines already exist: they are called living cells. The cells in our bodies, for example, contain genetic messages written by Mother Nature billions of years ago, ” said Davies. According to Prof. Davies. the coded message would only be discovered once the human race had the technology to read and understand it.

Related article: Our Galactic Origins – Which Star Families Resonate With You?

A message implanted in human DNA could actually survive for a very long time. According to American scientists whole chunks of human and mouse junk DNA can remain virtually unchanged for tens of millions of years.

If we consider the amount of evidence and clues our star gods left for us scattered all over the planet, it sounds logical to assume there might be a coded message in our DNA. Our human cells are a good place to implant a message. If there is an alien message in our DNA strands, there is hope that we will discover and decode it one day in the future.

In the same way extraterrestrials came to Earth and created us through genetic engineering and mixed their genes with existing animals, perhaps humanity will one day go out in space, land on another planet and create new life…

Related article: Scientists Discover 145 Alien Genes In DNA, We Are Not 100% Human

About the author:Ellen Lloyd is an author who has spent more than 20 years researching ancient mysteries, sacred texts, and the UFO phenomenon. She is the author of Voices from Legendary Times

in which she demonstrates that races of men have inhabited Earth for millions of years, but not all of them were human.  In addition, Ellen has written several hundreds of articles about prehistoric alien visitations, ancient mysteries and alternative history.