The following is a unifying scientific hypothesis that connects diverse ancient flood myths with mainstream scientific fact. Currently the biblical narrative of the great flood falls short of explaining some observable scientific facts. Here are a few examples: 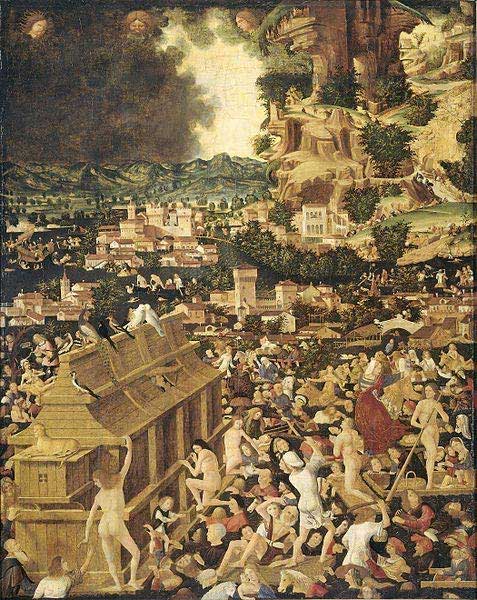 Despite such unexplained inconsistencies, flood myths have persisted not only in the Abrahamic scriptures but also in many other distant, varied, and unconnected cultures. And some of them are rich in details bearing an uncanny resemblance to Noah’s tale. In his book ‘Fingerprints of the Gods’, Graham Hancock examines at length the many legends from across the world – and some follow a strikingly similar narrative: A man or a couple are forewarned by the gods of the impending catastrophe, instructed to build an ark and gather animals of each kind, and so on…

Here are a few that make up the long list:

The most deadly and disruptive floods would be talked about for years to come. Here Aztecs perform a ritual to appease the angry gods who had flooded their capital. ( Public Domain )

So, the prevailing question remains – was there a single global flood, or were there a series of localized floods? And why does each myth talk about a global deluge that zeroed out humanity?

Curiously, the Yamana have left us an uncanny clue; their flood myth carries an interesting detail: “The moon woman caused the flood. This was a time of great upheaval.”

Could it be that an astronomical object – a centaur or a minor planet flew by the earth, far enough to not collide or be captured into orbit but close enough to cause an immense tidal wave with its gravitational pull? Such slingshot maneuvers are also commonly used by interplanetary spacecraft ever since the Mariner missions in the 60s, so there is nothing impossible or improbable in this type of motion. 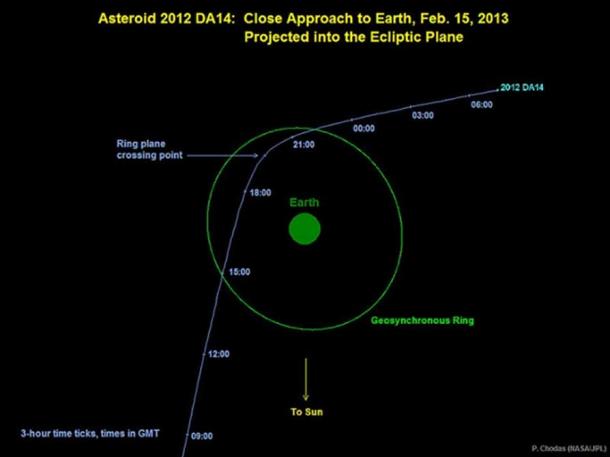 Graphic depicting the trajectory of asteroid 2012 DA14 on Feb 15, 2013. In this view, we are looking down from above Earth’s north pole. ( Public Domain )

Of the thousands of minor objects orbiting the sun, more than 150 such bodies are larger than 400 km (248.55 miles) in size. And some of those, the centaurs, have highly irregular orbits which cross the orbits of the major planets.

There has been much speculation about the existence of one such centaur body – commonly known as Planet X or Nibiru – a yet undetected and wildly speculative sphere – but such large centaur bodies do exist, and more are being discovered. 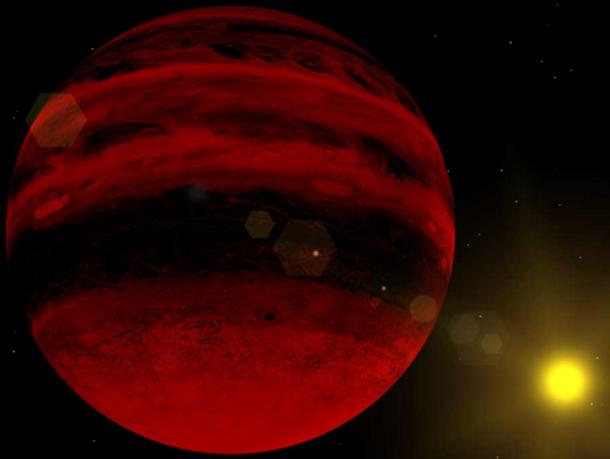 One such close encounter, albeit without an outright collision, could set off a catastrophic chain of events. Initially, the gravitational pull would wreak havoc in the world’s ocean levels by pulling up major tidal waves and carrying them across continents – a mega tsunami of sorts – sweeping away all in its path. The pull would also affect the atmosphere – note that many of the flood myths describe heavy winds and storms. It would also pull tectonic plates apart, causing major earthquakes and volcanic eruptions.

Additionally, with such a close flyby, Earth’s gravitational pull would alter the orbit of the asteroid and likely break it apart with some of the pieces possibly burning through the earth’s atmosphere and hitting the earth.

And of course, these events occurring many centuries before recorded history would only be retold by word of mouth and become unreliable. However, here comes some hard science.

DNA scientists have observed that the accumulated mutations in the human genome are so few, when compared to other mammals, that the whole human population has as little genetic diversity as about a hundred apes. They attribute this to a recent evolutionary bottleneck when we came near extinction and the entire human population was reduced to about a few thousand individuals. This reduced the genetic diversity of the populations that arose after that.

The timeline of this bottleneck is hard to determine – many scientists base it on the Toba catastrophe of 70,000 years ago, but the ongoing estimate is that the European most recent common ancestor (mrca) may have lived as recently as 1000 years ago. Just note, mrca doesn’t mean there were no other people around. 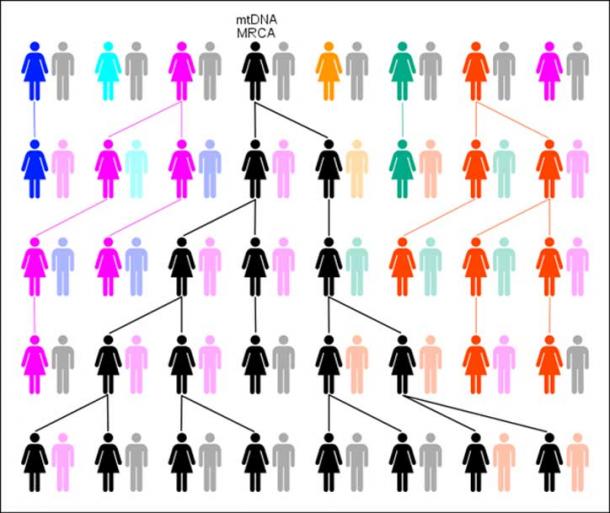 Archaeologists also note that although intelligent humans (Homo sapiens) have existed for around 300 thousand years, we only have evidence of high culture or architecture as far back as 10000 BC. No building or any other trace of civilization has survived longer than that – and traditionally this has been attributed to the lack of organized human society.

However, more recently researchers like Graham Hancock, Stephen Mehler, and Brian Foerster, among many others, are looking into the possibility of older advanced civilizations that may have predated a global cataclysm of some sort. The archaeological evidence is mounting for a catastrophic event around 12,000 years BP, at the end of the last ice age, that would have brought human civilization to its knees.

Historians and Herodotus Give Evidence of Catastrophes

Although we are talking about pre-history, our earliest reliable historian – Herodotus – recounts a conversation with Egyptian priests – the great record keepers of the time – that mentions huge cataclysmic events decimating the populations of many nations, including the Athenians and causing them to start anew “like children”. 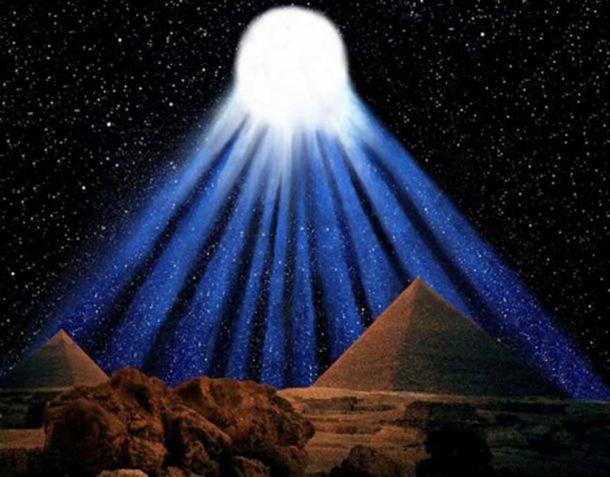 Impression of the spectacular ten-tailed comet recorded by the Ancient Egyptians in 1486 BC.  (Illustration by Graham Phillips)

We even get a glimpse of a possible timeline – Herodotus estimates their history to be around 11000 years, extrapolating from the number of royal generations:

“After this man the priests enumerated to me from a papyrus roll the names of other kings, three hundred and thirty in number; and in all these generations of men eighteen were Ethiopians, one was a woman, a native Egyptian, and the rest were men and of Egyptian race .”

The Global Megafauna Extinction of 12,000 BP

Paleontologists recognize the extinction of the mammalian megafauna as during the Holocene extinction 12,000 BP –  another temporal coincidence – but many scholars name its main cause as man.

This is generally assumed in the mainstream because the extinction coincided with the timeline of when modern humans spread across the new continents. However, the evidence is scant, correlation does not prove causation, and furthermore, if the DNA scientists are right about the human population bottleneck – a few thousand humans are unlikely to hunt any continental species to extinction, especially before the age of gunpowder. 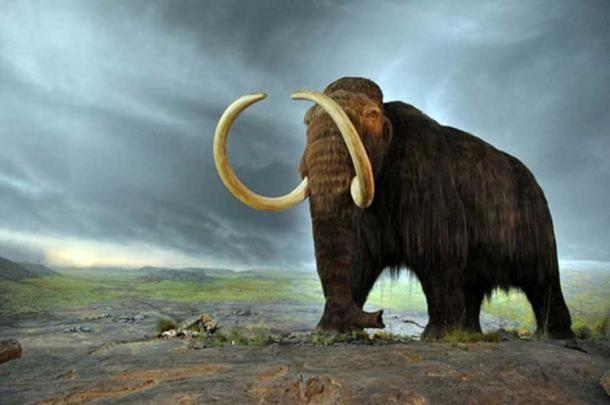 The evidence here suggests an event was experienced by different peoples around the globe, possible during the same period. There is also evidence that the global population was severely affected by this, which is reflected in multiple accounts and ‘myths’ from around the world.

The author has hypothesized that a close encounter by an astronomical body could cause such disruption to the Earth that it would explain many of the myths and emerging science. But is it possible?

Part 2 looks into the science of such an event and explores the feasibility of this explanation.

Top Image: An illustration of a near-Earth object, or NEO, passing by Earth. Source: NASA

Edwards, L. Humans were Once an Endangered Species 2010. Phys.orghttps://phys.org/news/2010-01-humans-endangered-species.html

Smithsonian. What Really Killed Off the Woolly Mammoth? Smithsonianhttps://www.smithsonianmag.com/videos/category/science/what-really-killed-off-the-woolly-mammoth/