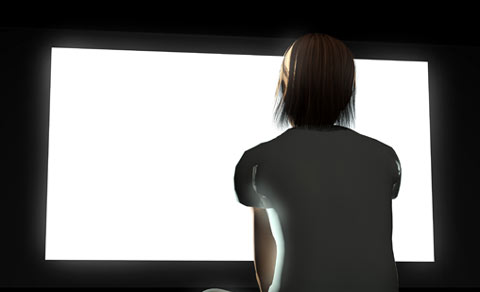 Ten years ago, a major Hollywood film entitled “Idiocracy” was released, and it was an excellent metaphor for what would happen to America over the course of the next decade.  In the movie, an “average American” wakes up 500 years in the future only to discover that he is the most intelligent person by far in the “dumbed down” society that he suddenly finds himself in.  Sadly, I truly believe that if people of average intellect from the 1950s and 1960s were transported to 2016, they would likely be considered mental giants compared to the rest of us.  We have a country where criminals are being paid$1000 a month not to shoot people, and the highest paid public employee in more than half the states is a football coach.  Hardly anyone takes time to read a book anymore, and yet the average American spends 302 minutes a day watching television. 75 percent of our young adults cannot find Israel on a map of the Middle East, but they sure know how to find smut on the Internet.  It may be hard to believe, but there are more than 4 million adult websites on the Internet today, and they get more traffic than Netflix, Amazon and Twitter combined.

What in the world has happened to us?  How is it possible that we have become so stupid?  According to a brand new report that was recently released, almost 10 percent of our college graduates believe that Judge Judy is on the Supreme Court…

The American Council of Trustees and Alumni publishes occasional reports on what college students know.

It can be tempting to laugh at numbers like these until you realize that survey after survey has come up with similar results.

Just consider what Newsweek found a few years ago…

*Only 43 percent of all U.S. high school students knew that the Civil War was fought some time between 1850 and 1900.

*More than a quarter of all U.S. high school students thought that Christopher Columbus made his famous voyage across the Atlantic Ocean after the year 1750.

*Approximately a third of all U.S. high school students did not know that the Bill of Rights guarantees freedom of speech and freedom of religion.

Of course survey results can be skewed, and much hinges on how the questions are asked.

However, even studies that are scientifically conducted confirm how stupid America has become.  In fact, a report from the Educational Testing Service found that Americans are falling way behind much of the rest of the industrialized world.  The following comes from CBS News…

Americans born after 1980 are lagging their peers in countries ranging from Australia to Estonia, according to a new report from researchers at the Educational Testing Service (ETS). The study looked at scores for literacy and numeracy from a test called the Program for the International Assessment of Adult Competencies, which tested the abilities of people in 22 countries.

The results are sobering, with dire implications for America. It hints that students may be falling behind not only in their early educational years but at the college level. Even though more Americans between the ages of 20 to 34 are achieving higher levels of education, they’re still falling behind their cohorts in other countries. In Japan, Finland and the Netherlands, young adults with only a high school degree scored on par with American Millennials holding four-year college degrees, the report said.

Out of 22 countries that were part of the study, the Educational Testing Service found that Americans were dead last in tech proficiency, dead last in numeracy and only two countries performed worse than us when it came to literacy proficiency…

Half of American Millennials score below the minimum standard of literacy proficiency. Only two countries scored worse by that measure: Italy (60 percent) and Spain (59 percent). The results were even worse for numeracy, with almost two-thirds of American Millennials failing to meet the minimum standard for understanding and working with numbers. That placed U.S. Millennials dead last for numeracy among the study’s 22 developed countries.

So why has this happened?

Why have we become such an extremely stupid nation?

Well, at least a portion of the blame must be directed at our system of education.  The following is an excerpt from an article written by reporter Mark Morford.  In this article, he shared how one of his friends which had served for a very long time as a high school teacher in Oakland, California was considering moving out of the country when he retired due to the relentless “dumb-ification of the American brain”…

It’s gotten so bad that, as my friend nears retirement, he says he is very seriously considering moving out of the country so as to escape what he sees will be the surefire collapse of functioning American society in the next handful of years due to the absolutely irrefutable destruction, the shocking — and nearly hopeless — dumb-ification of the American brain. It is just that bad.

Now, you may think he’s merely a curmudgeon, a tired old teacher who stopped caring long ago. Not true. Teaching is his life. He says he loves his students, loves education and learning and watching young minds awaken. Problem is, he is seeing much less of it.

And of course things don’t get much better when it comes to our college students.  In aprevious article, I shared some statistics from USA Today about the rapidly declining state of college education in the United States…

-“After two years in college, 45% of students showed no significant gains in learning; after four years, 36% showed little change.”

-“32% never took a course in a typical semester where they read more than 40 pages per week.”

I spent eight years studying at some of the finest public universities in the country, and I can tell you from personal experience that even our most challenging college courses have been pathetically dumbed down.

And at our “less than finest” public universities, the level of education can be something of a bad joke.  In another previous article, I shared some examples of actual courses that have been taught at U.S. universities in recent years…

-“What If Harry Potter Is Real?”

-“Lady Gaga and the Sociology of Fame”

-“How To Watch Television”

Could you imagine getting actual college credit for a course entitled “What If Harry Potter Is Real?”

This is why many of our college graduates can barely put two sentences together.  They aren’t being challenged, and the quality of the education most of them are receiving is incredibly poor.

Of course our system of education is not entirely to blame.  The truth is that young Americans spend far more time consuming media than they do hitting the books, and what passes for “entertainment” these days is rapidly turning their brains to mush.

According to a report put out by Nielsen, this is how much time the average American spends consuming media on various devices each day…

Listening to the radio: 2 hours, 44 minutes

When you add it all up, the average American spends more than 10 hours a day plugged into some form of media.

And if you allow anyone to pump “programming” into your mind for 10 hours a day, it is going to have a dramatic impact.

In the end, I truly believe that we all greatly underestimate the influence that the mainstream media has on all of us.  We willingly plug into “the Matrix” for endless hours, but then somehow we still expect “to think for ourselves”.

There are very few of us that can say that we have not been exposed to thousands upon thousands of hours of conditioning.  And all of that garbage can make it very, very difficult to think clearly.

It is not because of a lack of input that we have become so stupid as a society.  The big problem is what we are putting into our minds.

If we continue to put garbage in, we are going to continue to get garbage out, and that is the cold, hard reality of the matter.

Michael T. Snyder is a graduate of the University of Florida law school and he worked as an attorney in the heart of Washington D.C. for a number of years.

Today, Michael is best known for his work as the publisher of The Economic Collapse Blog and The American Dream.

If you want to know what things in America are going to look like in a few years read his new book The Beginning of the End.