Deception on the Spiritual Path

It’s so easy to create illusionary realities on the path. Subtle essences of ego know how the soul is likely to act in particular circumstances. We’ve ‘seen’ what ‘Enlightenment’ looks like and a part of the soul might want to copy that. It’s kind of like an echo of the real thing. These are the shadow identities that can be so deceptive. We’re in a place of bliss perhaps, but is that where the soul is meant to be? It’s not helped by the persistence of an “Opposing Consciousness” in the field, a purposeful energy with an underlying agenda to limit mankind’s evolution. But if we can be honest with ourselves, they’ll be an unease with any false dawns. We’ll find the true light…

The danger of identity

For some its hard to imagine I know, that in the ‘Matrix’ field all around us, there are deceptive energies that are collectively called an Opposing Consciousness. When you expand into the fourth dimension, if you truly question the nature of what you find, then you’re bound to experience it. It’s a formless energy with many guises that can slip into the psyche of the unaware.

It’s purpose is to create fixed eddy currents of limiting behavior, attachments that generate filters: such as thoughts, feelings and emotions, that play through our field, which we then create realities around. Often these deceptions – like false love and light – feel so close to the truth, we’re happy to dwell in them. What happens is they create a polarity in your field, through which you bleed energy.
It is this which helps perpetuate the Matrix in which we live.

The soul doesn’t need fixed identities – especially spiritual ones. It is boundless, unlimited, it will happily explore the density of a heavy place just as a light one. It’s purpose is spiritual growth through ever expanding personal integrity of knowing – knowing the truth of reality as experienced through your being.

The Matrix – a complex weave of frequencies

In society we’ve become so used to the ‘Matrix’. It’s a word that’s glibly cast around and mostly referring to an intellect-based, subconscious collection of human generated thought forms that shape society. But actually it goes much deeper than that. It is a complex weave of vibrational frequencies sustained from the fourth density. It’s like white noise, that we’ve become so accustomed to, it’s slipped in surreptitiously and now sits silently in our subconscious.

There are two key frequencies that it ‘plays’: one some call ‘false love and light’ and the other, I call ‘the raptor consciousness’. The first is a frequency which effectively draws the higher soul out of the bodymind. If you’re in that aspect of the soul, it will feel like bliss – probably something you’ve heard good things about and want to stay in. Yet it prevents the higher soul from integrating down into the bodymind. We become spaced out and ungrounded, not really fully ‘here’. I’ve seen it happen to spiritual seekers who’ve experienced at least a partial kundalini activation; they’re now ‘up in the clouds’ struggling to embody again.

The ‘raptor consciousness’ is all about consumption. It’s a dense frequency that revels in the physical nature of life. Of course there is nothing at all wrong with enjoying the pleasure of materiality: sumptuous food, loving sexual intercourse, the joy of being in a physical body, yet it’s so easy to become attached to these things, to become engrossed in them until the lower soul is distorted and ‘owned’ by them. It’s seems like additives in our food, pornography, and excessive attention to glamour are purposefully propagated to accentuate these behaviors. They desensitize us to the higher soul, separating us from our ultimate destiny. It is particularly these frequencies which we need to watch for, uncover and unwind.

In my perception, these frequencies are part of a complex deception by the Opposing Consciousness to lead humanity astray from alignment with the divine design for our reality and our planet. They’re the truly hidden agendas, ones that go even deeper than most of the surface level conspiracy theories.

They’re propagated surreptitiously through thought implantation and stimulation of emotion.
Here’s just a few of them:

Having hosted many spiritual workshops, time and again I’ve witnessed these underlying agendas ‘hiding’ within apparent truth. I recall one such experience… 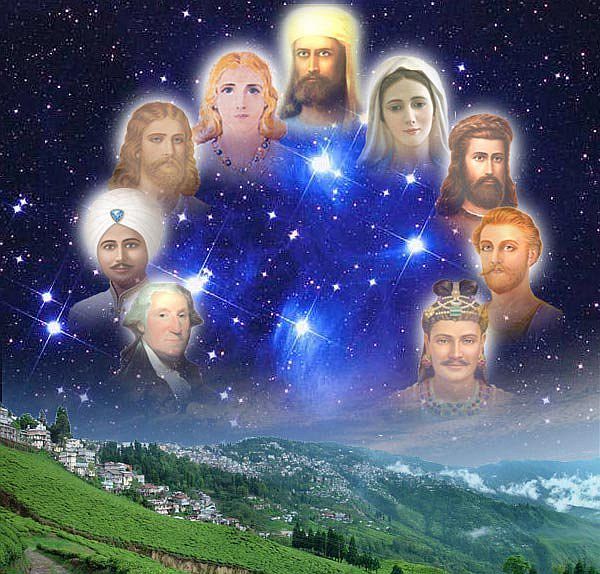 We were sitting in a highly energetic meditational space, working to infuse and embody higher soul. But clearly there was misunderstanding. We were not looking to bring light in from elsewhere, only from within our own field. Suddenly, we experienced higher dimensional apparitions appear, in the form of recognizable “Ascended Masters” that one of the group had been tuning into. They filled the space with the blissful sense of love and light. At first I was almost taken in by it, so alluring was the energy. But a warning light in my own inner guidance flickered. Tuning into other members of the group, I could feel a number of souls being drawn upwards, unable then to integrate higher beingness in their own bodies. At this point, I energetically insisted they leave. It was then much easier for people to ground and infuse higher soul.

The walls of the Matrix are Fragmenting

Fortunately, a growing number of evolving people are beginning to test the illusions, including the spiritual ones, that the Opposing Consciousness has helped us create. Energetically we’ve been working behind the scenes sending out vibrations that question the legitimacy of the system. To me, it’s this that caused the credit crunch for example in 2008; it’s this that’s challenging and fracturing the inequity and injustice we see all around us. When people challenge the deception within their own being, it’s then that they send the Opposing Consciousness packing.

The matrix we live in is so much more than a collation of humanity’s mental control and manipulation dramas. It’s been purposefully created as entwined vibrational frequencies to limit and suppress. Well now I can literally feel that fourth density web unraveling and beginning to break apart.

As above so below: thus we can rightly expect to see the unraveling affect here in the 3D. And I do believe we are seeing the early signs: growing financial instability; ever more people challenging the unseen powers; accelerating spiritual liberation. But this is only the beginning, we must keep on pushing through, being absolutely honest within the Core of our own Being.

Then surely, one day, the deceptive walls of this unjust Jericho will topple!