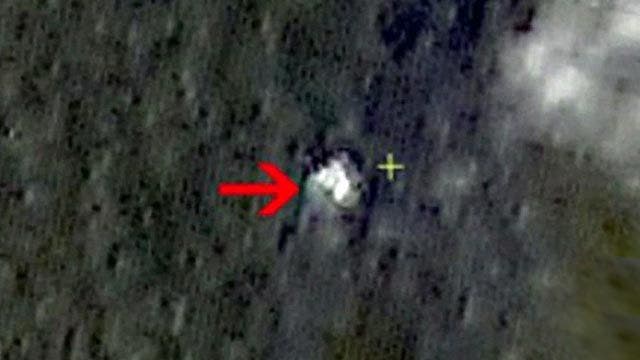 No signs of the missing Malaysian jetliner have been found at a location where Chinese satellite images showed what was thought to be plane debris, Malaysia’s civil aviation chief said Thursday.

Datuk Azharuddin Abdul Rahman said planes searched the location Thursday. “There is nothing. We went there, there is nothing,” he told reporters in Kuala Lumpur.

The satellite images from the morning of March 9 appear to show “three suspected floating objects” of varying sizes in the sea off the southern tip of Vietnam and east of Malaysia – a part of the original search area for the aircraft, which was en route from Kuala Lumpur to Beijing.

reported early Thursday that U.S. aviation investigators and national security officials believe the plane flew for about four hours past the time it reached its last confirmed location, according to data automatically downloaded and sent to the ground from the Boeing 777’s engines as part of a routine maintenance and monitoring program.

Imagine all the people living life in peace. You may say I’m a dreamer, but I’m not the only one. I hope someday you’ll join us, and the world will be as one.