Especially in the culinary world, things can go by names that don’t necessarily describe what they are. Rose hips are a good example. Other times, similar names are assigned to objects that are entirely different, making it hard to keep them straight.

Such is the case with black cumin seed, which comes from a completely different plant than cumin and black cumin. To make it worse, cumin seeds and caraway seeds (Carum carvi) look almost identical. Both are tiny and elongated with ridges along the length and pointed on each end. Confusing, right?

Shea Terra Organics explains that while cumin and black seed are different botanically, they and a few other seeds are often incorrectly referred to as black cumin:

“In Indian cooking there are two types of cumin seeds, called jeera. There is the common cumin seed (cuminum cyminum), and then there is a darker, smaller one called kala jeera (bunium bulbocastanum) or black cumin.

Cumin, the spice that gives many Mexican dishes their distinctive taste, are also used to make an essential oil.

Neither “cumin” nor “black cumin” is black seed. Black cumin IS NOT black seed and although plenty of products now erroneously label themselves as black cumin, the two should not be confused … Black seed, which the sought-after oil is made from, is actually nigella sativa and not related to cumin at all.”1

In the kitchen, you can add cumin seeds and black seeds to casseroles, salads, stir fries, salad dressings and baked goods. You can even add them to your coffee or tea; make black cumin tea by pouring hot water over a tablespoon of the seeds and steeping for about 10 minutes.

Also from the Apiaceae family, the wheat-colored cumin seed is closely related to carrots and parsley. Often finely ground, it’s used in the Middle East, Latin America, Southeast Asia and India for several traditional dishes, such as korma and spice blends for masala and curries, and in Europe for making pickles and savory pastries.

Having originated in Mediterranean regions, it’s one of many ancient seeds used by the Romans as both a spice and a medicine. The Egyptians used it too, principally for preserving bodies prior to mummification. Interestingly, its use as a preservative is why cumin is a common ingredient for sausage and other meats.

Cumin contains high amounts of iron, as well as phytonutrients that include terpenes, phenols, flavonoids, alkaloids and antioxidants.2 Studies show it may be useful for weight loss and improving insulin metabolism in overweight individuals3 and may decrease blood triglycerides.4

Medicinally, people in East India still prepare cumin for use as a medicine by boiling the seeds in water for treating edema, heart disease, stomach trouble, vomiting and fever.

One of the earliest medical uses was for digestive health in India, explaining its name, which translates to “that which aids digestion.” Regency Spices notes other uses:

“It stimulates the appetite, as well as the stomach, biliary and pancreatic secretion. At the same time cumin soothes spasms and removes gases from the intestines. Cumin is superior in comforting carminative qualities to fennel or caraway.”5

Cuminaldehyde is a natural compound in cumin seeds that gives them their nutty, peppery, lemony taste that’s also somewhat bitter. Even alcohol and water extracts of this compound contain potent antioxidants.

A 2015 study credited it with helping to decrease the risk of developing several neurodegenerative diseases, particularly Parkinson’s.6 It may also aid in weight loss and prevent foodborne illnesses.7

Authority Nutrition lists digestion as one of its curative benefits, as it helps release digestive proteins in your mouth, stomach and small intestine,8 and increases the production of bile in your liver, helping to digest fats.9

The plant is about 2 feet tall and has white flowers similar to Queen Anne’s lace. Black cumin (Kala jeera) looks about the same, is slightly shorter and has a dull, dark gray hue.

Regency Spices notes that the taste is also worlds apart compared to common cumin: much more bitter, harsher and only for very specific dishes in western and northern Indian cuisine, none of which would be found on a normal restaurant menu.13

Every part of this plant is useful, and its edible roots are said to taste like coconuts or chestnuts and the leaves used as herbs, but it’s the seeds that are most highly prized medicinally (although scientists say more tests are warranted). These uses include:

Black Seed (Nigella Sativa) and Its Many Health Benefits

Black seed, from which the coveted black seed oil is derived, is an annual flowering plant in the Ranunculaceae family16 described in one study as “native to parts of Asia, the Middle East and North Africa. The plant grows nearly 3 feet and has wispy foliage, small pale flowers and fruit pods filled with seeds.”17

Black seed is black as coal with a dull surface and shaped like miniscule Brazil nuts. Bioactive compounds in black cumin include α-hederin, alkaloids, flavonoids and essential omega-6 fatty acids.

Additionally, Healthline18 cites thymoquinone (TQ) as a powerful compound in Nigella sativa due to its ability to lower inflammation and strengthen your immune system, and lists several other applications noted as being very effective:

In another study, there was a significant and positive difference between the scores of 40 elderly subjects given logic, memory, attention and cognition tests who took Nigella sativa as opposed to a placebo.23

An extensive review of the cancer preventive aspects of several herbs and spices also references the potency of thymoquinone, shown to inhibit tumors and several other types of cancers:

“Thymoquinone (TQ) is the most abundant component of black cumin seed oil. TQ has been reported to exhibit antioxidant, antimicrobial, anti-inflammatory, and chemopreventive and to ameliorate B(a)P-induced carcinogenesis in the forestomach.

“When looking for black seed oil make sure that the botanical name is listed as is required by law, and that it states nigella sativa. Black seed oil should always be bought from a very reputable source. Numerous scientific studies have shown that Egyptian black seed oil has the highest therapeutic quality.

Most black seed oil commonly comes from India. Freshness and purity varies greatly. Black seed oil is often cut with inexpensive oils. Black seed oil should always be freshly pressed and kept in amber glass out of direct sunlight. The aroma and taste should be very pungent. It is often mixed with honey to make it palatable.”25

However popular black cumin oil may be, for optimum nutrition it may be better to use the seeds because essential fatty acids are easily destroyed by heat or prolonged exposure to air. One problem with extracting oil from seeds is that processing is required, so damage is done. I soak the seeds overnight, then put them in a smoothie. They’re a little on the bitter side, so putting sweetener in it such as monk fruit or stevia gives it a tasty boost.

Other Notes Pertaining to Cumin Varieties

The similarities between caraway and cumin seeds lead to some interesting flavor-tweaking in the marketplace, as the milder-flavored cumin seeds are sometimes used to dilute the stronger flavor of caraway seeds. Caraway seeds are smoother, slightly curved and taste more bitter, with a fragrance reminiscent of mint or anise. Some studies link both seeds with anti-cancer properties.

While you could take cumin spices to get some of the potent nutrients and health benefits these spices provide, obtaining them from actual food is preferable. It’s important to know, and encouraging as well, that it doesn’t take much of these aromatic spices to get the benefits they offer.

The MOST IMPORTANT Health Book You’ll Ever Read! 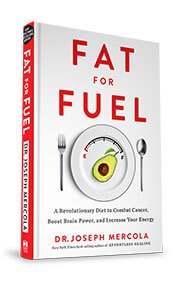 The strategies I present in my newest book, “Fat for Fuel,” are just too valuable for your well-being. That’s why you should not pass up this chance to ensure your copy!

And when you pre-order today, you’ll receive 6 FREE “thank-you” gifts:

Pre-order Your Copy of Fat for Fuel and Claim Your Free Gifts Now!

Purchase from any of these booksellers.