How old is the Tarot?

This is a question that seems easy to answer today. As playing cards, we can confidently map the Tarot to the early 15th century.
Mystery solved? Well, it’s not quite that simple.

Ancient Wisdom and Seeing the Future

For many, the occult tradition of the Major Arcana originates from the work of a Swiss Freemason, Antoine Court de Gébelin, who believed that the symbols could be traced back to ancient Egypt , and they contained Kabbalistic wisdom. 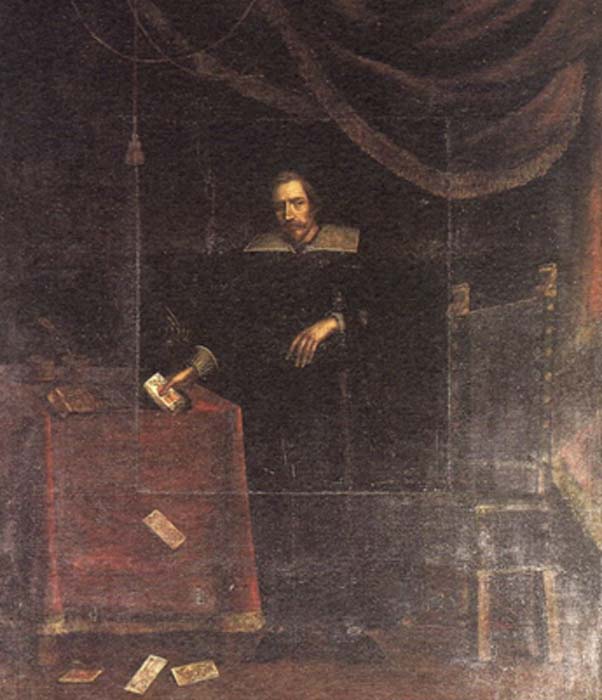 Following on from de Gébelin, esotericists like Jean-Baptiste Alliette and Eliphas Lévi wrote about the cards’ hidden meanings and potential for divination.  It wasn’t long before the prime use of the Tarot transformed from card games to becoming a way to see the future and reveal secret knowledge accessible to the seeker through the deciphering of the card’s arcane symbols.

Another famous advocate for the antiquity of the Tarot was Athanaius Kircher. It was Kircher’s interpretation of a first century Roman altar Tablet, The Bembine Tablet of Isis, which was to leave the biggest mark on his Tarot research.

Although Kircher’s reputation was severely damaged by his dubious interpretation of Egyptian hieroglyphics, it is often forgotten that he did, in fact, demonstrate the connection between ancient Egyptian and the modern Coptic form.

Other studies, however, including his mapping of Atlantis and claims that The Voynich Manuscript was a form of universal language, tend to place him in the realm of the more eccentric 17th-century scholars. 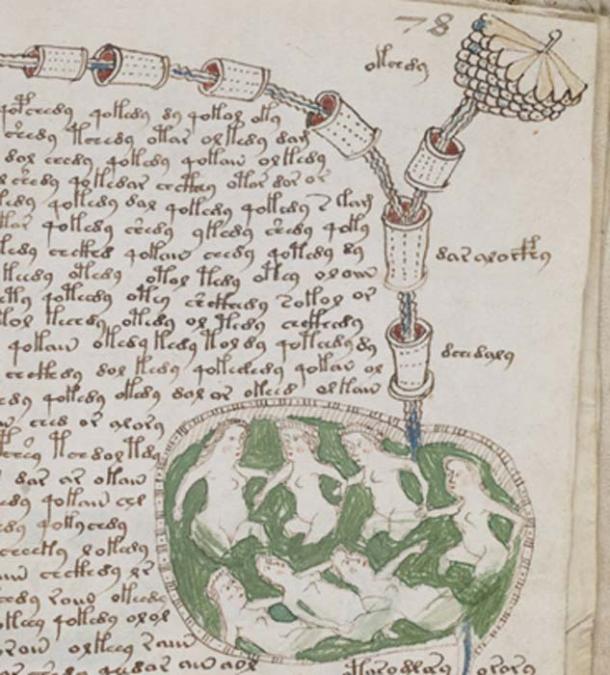 A page of illustrations and text from the mysterious Voynich manuscript. ( Public Domain )

Considering that the first production of paper took place in China at around 200 BCE, we can safely say that the Tarot, as a card deck , did not exist in ancient Egypt. But what about the symbols of the Tarot? Might the images which appear on the cards represent an ancient system of transformative knowledge, and could these symbols have been revealed to initiates during ceremonial rites as they progressed through the ranks of sacred orders? 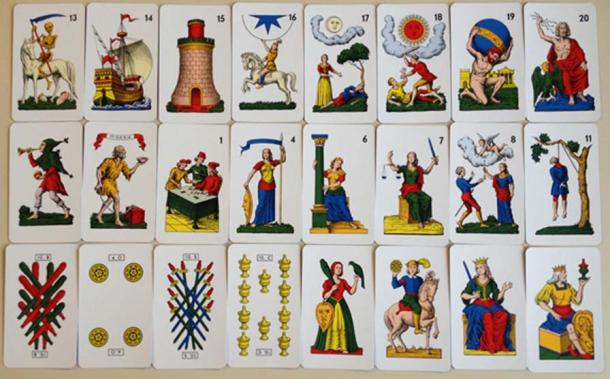 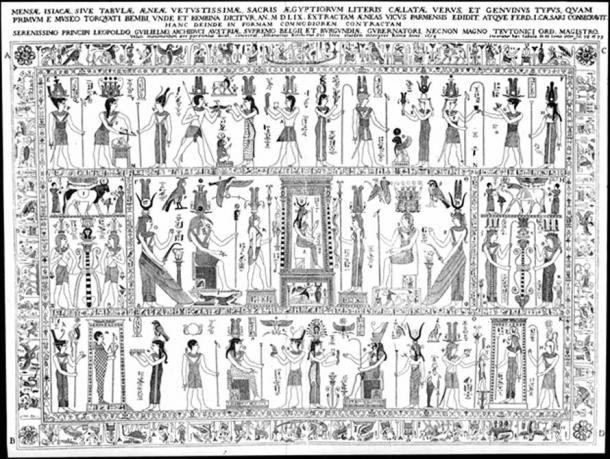 The tablet depicts engraved Egyptian-looking images and hieroglyphs on its surface, all leading the eye to the central figure, thought to be the Goddess Isis. Because it was most likely created in Rome during the first century, it has long been considered a mere meaningless imagining with no esoteric basis. Kircher’s opinion, that it represented a secret, mystical rite, was later dismissed after Champollion’s work on The Rosetta Stone in the 1820s. 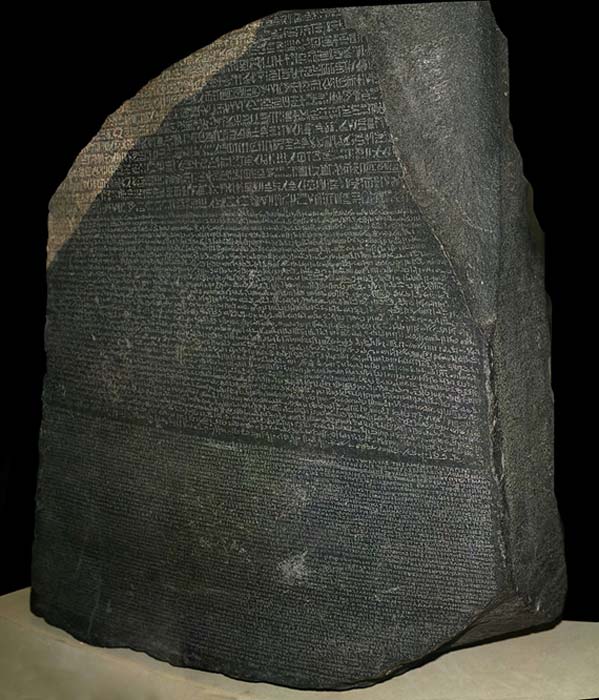 However, the story takes a twist when, in 1860, Eliphas Levi, in his work, The History of Magic , hinted that Kircher was indeed on the right road but was missing the correct decipherment and that the secret rites depicted on the tablet were associated with The Book of Thoth or Tarot. 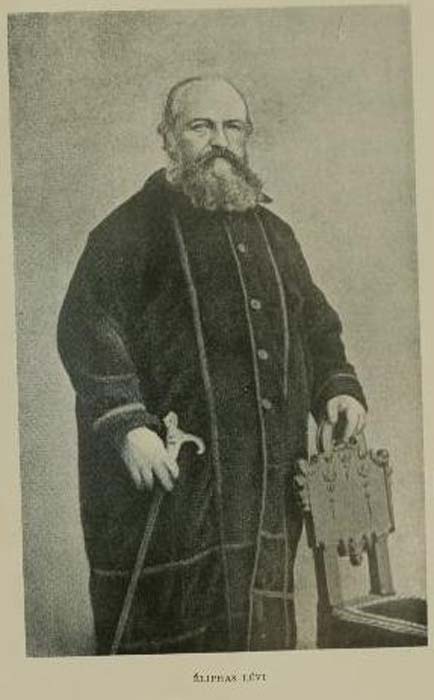 Levi claimed to have created a key through which one could decipher the seasons, the zodiac, and the Tetragrammaton, the secret name of God, as well as the 22 Major Arcana of Tarot.

He became the first person to rigorously detail a relationship between the 22 Major Arcana and Kabbalah, following initial investigations by Court de Gébelin in the late 18th century. 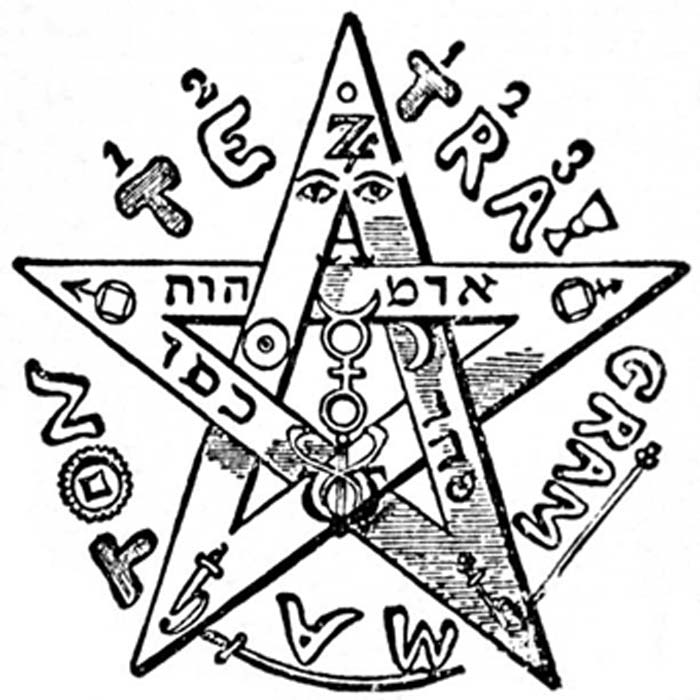 Éliphas Lévi’s Tetragrammaton pentagram which he considered to be a symbol of the microcosm, or human being. ( Public Domain )

Levi was adamant about his findings and wrote, “An imprisoned person with no other book than the Tarot, if he knew how to use it, could in a few years acquire universal knowledge, and would be able to speak on all subjects with unequalled learning and inexhaustible eloquence.”

He believed that the symbols of the Major Arcana were the secret key to forgotten yet eternal truths. 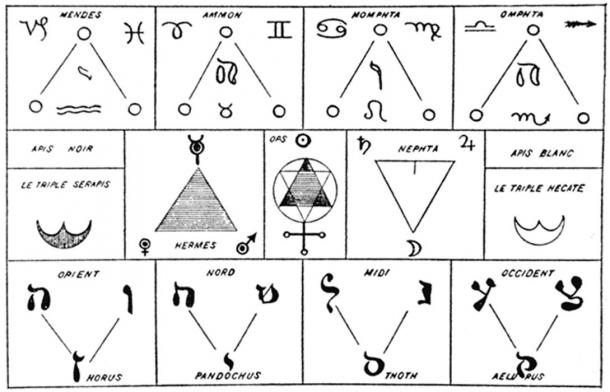 Noted Tarot scholar, Robert Place writes in his book, The Tarot: History, Symbolism and Divination , that “…Levi believed, like Plato, that all knowledge is within and that we actually remember it.”

So, what does this mean in terms of the age of the Tarot? In essence what we have, without allowing speculation to cloud our perception, is a tablet of uncontested ancient origin. This tablet is said by antiquarians to date to a Roman temple dedicated to Isis in, roughly, the first century.

The Tablet then disappeared until after the sack of Rome in 1527 when it was acquired by Cardinal Bembo.

The problem for anybody trying to trace the origin of any mystery cult is that by their very definition their rites and history are obscured. So, in that context, can we really call The Bembine Tablet of Isis a fraud because we still don’t understand its symbolism?

The Tablet, on examination, is one of the finest examples of ancient metallurgy and is painstakingly decorated with bronze, black steel, silver, and copper. The images correspond, in the eyes of occult historians, to archaic, esoteric systems which would have remained secret except to initiates.

We know from works such as Plutarch’s essay On Isis and Osiris that temples to Isis in Rome practiced rites consisting of the interpretation of Egyptian ceremonies and these same temples developed independent to each other with no central or dogmatic system.

These same systems also recorded their sacred knowledge in a way which might be recognizable only to the priests and priestesses of each individual temple. As long as the central ideology was understood and maintained, symbols and outer decoration and images might change according to location and cultural influence.

But if The Bembine Tablet of Isis really depicted an ancient system of occult knowledge we should expect to find at least one other surviving example of the same motifs from the same era. Coincidentally enough, we do. The Tablet of Cebes is such an example.

Planets, Constellations and the Human Soul

This is a written work from roughly the first century which claims to be a description of a tablet depicting the life of the soul, from pre-existence to the afterlife. Much like The Tarot and the Kabbalistic Tree of Life, the tablet can be understood on many different levels including the mundane routines of life as well as the journey and effect of the planets and constellations.

It seems to express the alchemical and hermetic ideology of ‘As above, so below.’ 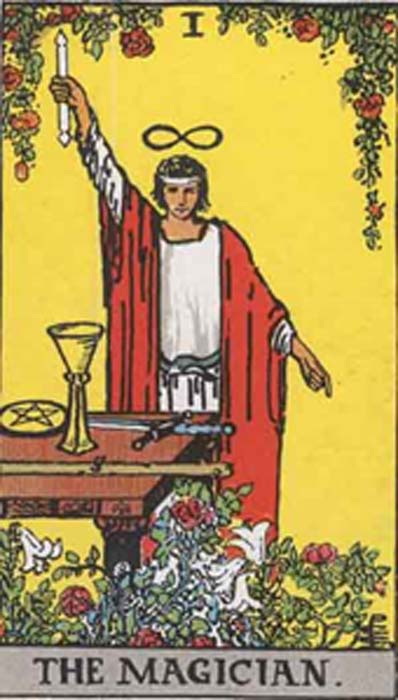 As above, so below. The Magician from the Rider-Waite tarot deck. ( Public Domain )

According to Ronald Decker in his recent work The Esoteric Tarot , “It charts the soul’s progress through the precinct of life.”

Going further, Decker writes about the images detailed, “They are comparable to some Tarot inhabitants: lovers, Virtues, hermits.”

The tablet was later reinterpreted as a woodcut by Hans Holbein the Younger (ca 1497-1543). 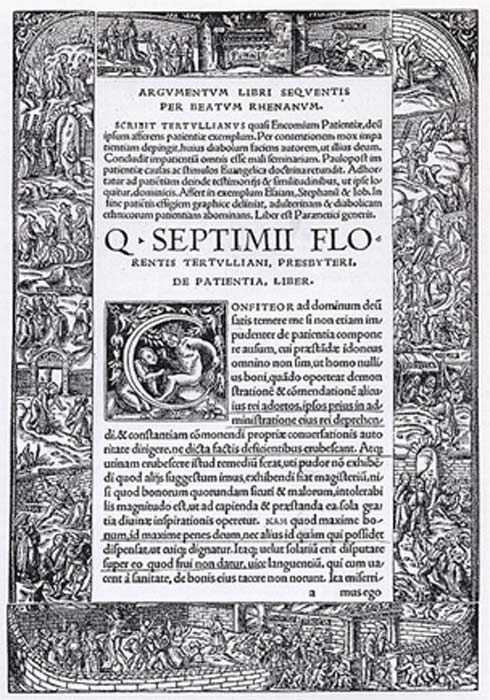 Title Page with the Tabula Cebetis, the so-called Cebes Tablet A. Metalcut by Hans Holbein the Younger, 1521. ( Public Domain )

So, how does this link us back to the Tarot and, specifically, the Major Arcana?

If we consider that the 22 letters of the Hebrew alphabet used in Kabbalah derive from Phoenician script, which in turn evolved from Egyptian hieroglyphics, we actually have a very interesting connection.

Some scholars today also associate the Phoenician alphabet with the constellations, and in the Kabbalah itself the 22 pathways are often referred to the pathways of the soul and creation. This theme of creation and transformation was remarked upon by the psychologist Carl Jung when he said, “It also seems as if the set of pictures in the Tarot cards were distantly descended from the archetypes of transformation.”

It is also worth mentioning that the Greek Historian Ammianus, (330-395) wrote about secret chambers beneath Egyptian temples where painted images and carvings represented secret knowledge only shown to initiates in sacred ceremonies.

According to Manly P. Hall in The Secret Teachings of all Ages , a manuscript by Thomas Taylor detailed how The Bembine Tablet was the altar before which Plato stood while receiving the knowledge of the great mysteries. If this is so, then we are once again forced to consider an Egyptian origin for the symbols used in Tarot and the wisdom of the Major Arcana.

Perhaps it is time to re-evaluate The Bembine Tablet of Isis and The Tablet of Cebes as remnants of this hidden, sacred knowledge.

David Halpin   is a writer from Carlow, Ireland. He compiles local folklore and documents alignments between ancient monuments near his home in Ireland, and is a regular contributor to Ancient Origins and various Fortean and occult websites. Join him for virtual and physical guided tours of ancient Irish sites at   @CircleStoriesDavidHalpin

Top image: The hidden mysteries and ancient understandings of Tarot and the Bembine tablet. (Public Domain/Deriv)

David Halpin is a writer from Carlow, Ireland.

David has also worked as a sound engineer and museum researcher.