A declassified Central Intelligence Agency document reveals that in 1984, the CIA employed a psychic “remote viewer” to look at a region of Mars as it was approximately one million years ago. The remote viewer, who was not aware that the coordinates given were on the planet Mars, described seeing pyramids, futuristic technologies and a very tall human-looking civilization facing impending environmental calamity. 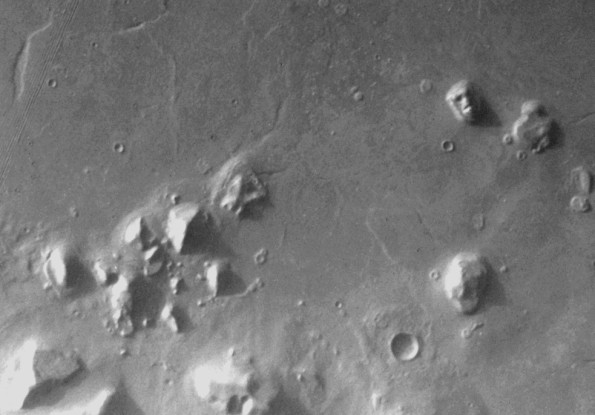 Small part of the Cydonia region, taken by the Viking 1 orbiter and released by NASA/JPL on July 25, 1976

What makes the CIA document remarkable is that the coordinates provided to the unknown remote viewer were of the Cydonia region as depicted in a series of Viking Orbiter images of Mars in 1976. Cydonia became famous after a succession of researchers claimed that the region contained a face, ruins of a city, and pyramids.

The first reference to artificial structures found in Cydonia date to an October 25, 1977, National Enquirer article titled “Did NASA Photograph Ruins of an Ancient City on Mars?”  It’s worth pointing out that the Enquirer was a tabloid run by Gene Pope, a CIA asset who was trained in psychological warfare.

Pope and the National Enquirer’s chief purpose was to hide the truth in plain sight by releasing it in sensationalized news stories with questionable sources that would be widely ridiculed by the general public. Subsequently, any academics or scientists prepared to investigate such sensational claims faced ridicule from their peers and ruining their professional careers.

Nevertheless, competent researchers did turn their attention to the now controversial Viking Orbiter images and found that they indeed did appear to show an artificially created “Face on Mars”, nearby ruins dubbed “Inca City”, and even pyramids.

The first objective analysis of the Viking data was published in 1982 in Omni Magazine by the researchers Vincent DiPietro, an electrical engineer, and Gregory Molenaar, a computer engineer. Their 1982 Omni article was an extract of their 77-page book, Unusual Martian Surface Features, also released that year. They were soon followed by other independent researchers such as Richard Hoagland who in 1987 authored The Monuments of Mars: A City on the Edge of Forever.

What this short review of the history of the Viking images of Cydonia tells us is that while researchers such as DiPietro, Molenaar and Hoagland were widely ridiculed by their scientific peers for their analyses and conclusions, the CIA was paying very close attention.

The conclusion was that remote viewing had sufficient accuracy to be utilized for field work as the following declassified CIA document dated May 9, 1984 clearly states. ­­ 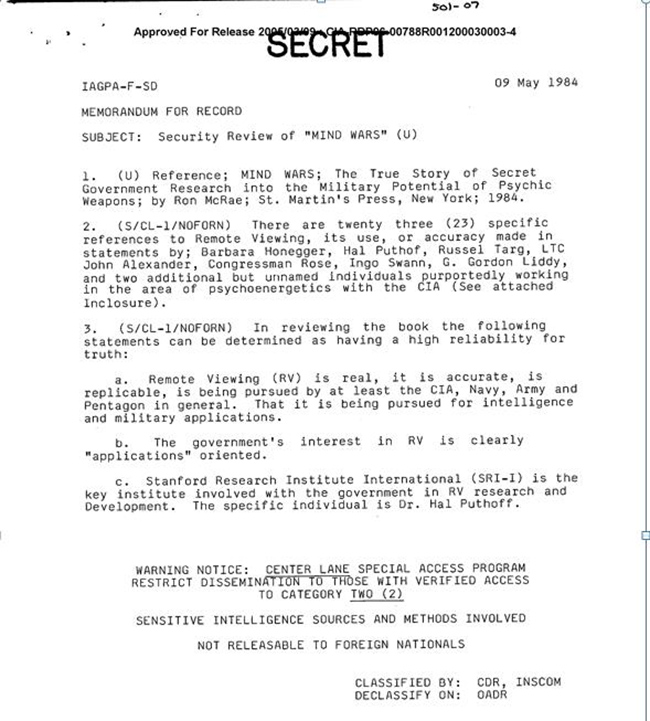 Among the most accurate of remote viewers described in the CIA documents was the famed psychic Ingo Swann. In his 1998 book, Penetration, Swann described at length how the CIA utilized his remote viewing skills.

One assignment in 1975 was to spy on secret bases on the Moon, which were run by one or more extraterrestrial civilizations. In chapter five, Swann opens by describing his remote viewing of the Moon for Axelrod/Axel, a CIA officer: 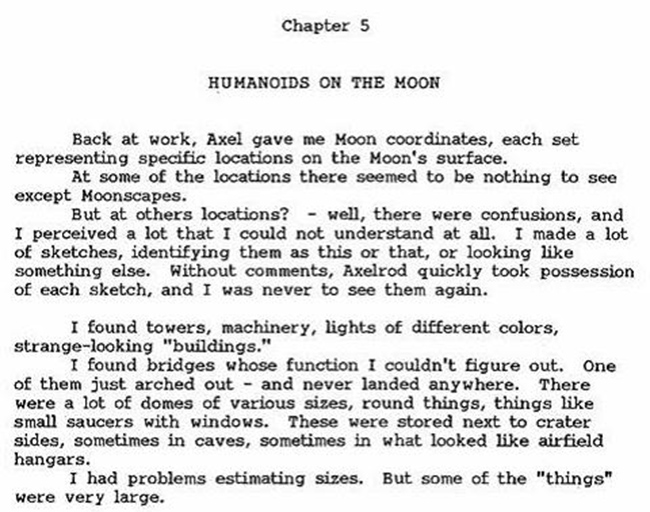 Given the earlier off-planet locations assigned to top remote viewers like Swann, it is not surprising that the CIA employed a remote viewer to learn about the origins of the pyramids and other artificial Mars structures in the Cydonia region.

The protocol used for the session is described on page 2 of the CIA document, which is dated May 22, 1984:

The rest of the CIA document (pp. 3-9) is a transcript of the remote viewer responding to questions about different locations and time periods given to him (in 1984, all known remote reviewers were men). The remote viewer is referred to as “SUB.,” while the questioner is “MON.”

This is what the remote viewer reports after being given his first question:

The coordinates are for the Cydonia region, and immediately the remote viewer describes some kind of pyramid sitting in a valley. This is remarkable corroboration for the multiple researchers who have identified pyramids in the Viking images of this exact region of Mars.

Next, the remote viewer responds to a serious of questions concerning the population living in the region shortly before planet-wide geological disturbances that occurred approximately one million years ago. He describes the population as very tall and thin, and looking to escape the disturbances which included very violent storm activity:

The Martian civilization is dying and the population knows about it:

The Martians are waiting to travel elsewhere to survive. Some are able to escape to distant regions, presumably off-planet, as the following quote suggests:

Next, the remote viewer describes what clearly appears to be a spacecraft taking survivors to another planet over a million years ago:

The above description is very suggestive of what Earth may have looked like at the time. So did escaping Martians travel to Earth approximately a million years ago leaving behind them pyramids and other ruins in the Cydonia region, which were observed by the Viking orbiter in 1976 and the CIA’s remote viewer in 1984?