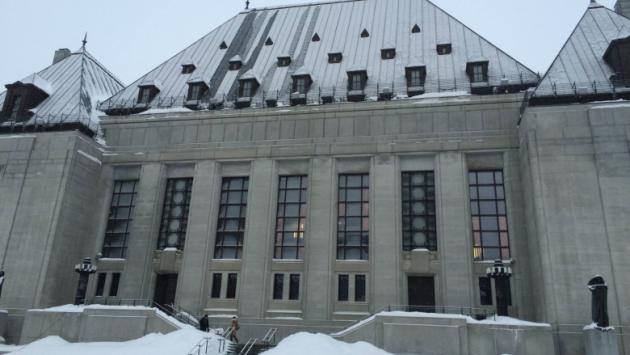 By Jim Bronskill, The Canadian Press

OTTAWA – The federal anti-money laundering agency has levied a $1.1-million penalty against an unnamed Canadian bank for failing to report a suspicious transaction and various money transfers.

It is the first time the Ottawa-based Financial Transactions and Reports Analysis Centre of Canada, known as Fintrac, has penalized a bank — and it’s being billed as a warning to thousands of other businesses.

In this case, Fintrac spokesman Darren Gibb said he cannot legally discuss details of the bank’s infractions, and the federal agency is exercising its discretion to withhold the identity of the financial institution, which recently paid the penalty of $1,154,670.

But Fintrac wants to send a strong message that it will take whatever measures are needed to encourage compliance with the Proceeds of Crime (Money Laundering) and Terrorist Financing Act.

The agency depends on a steady flow of reports about suspicious dealings, electronic fund transfers and large cash transactions in order to produce needed intelligence, Gibb said in an interview.

“The reporting to us is absolutely critical. Without those reports, Fintrac is out of business,” he said Tuesday.

“We’re going to be extra-diligent to ensure that entities are submitting suspicious transaction reports when they should be.”

Some 31,000 businesses across the country must furnish Fintrac with reports. The agency, in turn, provided 1,260 disclosures of financial intelligence to police and national security partners in 2014-15.

The penalty announcement comes amid heightened scrutiny of Canadian financial institutions due to publication of leaked files, known as the Panama Papers, about dubious global dealings.

The fine was levied against the bank for failing to report:

— an attempted or actual suspicious transaction;

— an electronic funds transfer of $10,000 or more to a destination outside Canada;

— receipt from outside Canada of an electronic funds transfer of $10,000 or more.

In addition, the bank was penalized for failing to apply written compliance policies and procedures that are kept up to date and approved by a senior officer.

Gibb said he could not divulge exactly how the unreported transactions came to Fintrac’s attention, nor could he discuss the nature of them.

“The obligations are in place to ensure that we get the reporting that we need to provide financial intelligence to our partners.”

The Canadian Bankers Association declined to make anyone available for an interview.

In an emailed statement, the association said Canadian banks have a strong track record of compliance with the anti-money laundering regime, noting they process billions of transactions in Canada every year.

On the rare occasion when a problem arises, “a bank will take immediate steps to resolve the issue and ensure that it is in compliance going forward,” the association added.

Fintrac received 92,531 suspicious transaction reports from businesses across Canada in 2014-15, an 11 per cent increase over the previous year.

“Yes, we’ve made significant progress, and we’re pleased by that,” Gibb said. But he quickly added: “Some sectors still have some work to do.”